How classic cars can survive in an electric world

How classic cars can survive in an electric world Have you ever wondered what will happen if they ban classic cars? As the world moves towards an electric future it raises the possibility that our favourite old Holden Monaros, Ford Falcons or even an Aston Martin may be legislated off the road.

Fortunately, car makers and other companies are already working on a solution – electric conversions for classic cars. Last week in Las Vegas, Chevrolet unveiled the stunning E-10 Concept, a 1962 C-10 pickup that swapped its traditional V8 engine for a 335kW electric motor.

It’s a showcase for what Chevrolet calls its Connect & Cruise concept crate propulsion package, which uses motors and a battery pack developed from the production Chevrolet Bolt EV.

The E-10 has an ‘eCrate’ motor under the bonnet and a pair of 60kWh battery packs mounted in the tray, demonstrating what’s possible for others who may want to convert their petrol-powered classic to electricity. “The Chevrolet E-10 electrified Connect & Cruise concept system reimagines the performance crate engine for hot rodders,” explained Jim Campbell, vice president of Performance and Motorsports. “As General Motors continues to work toward our vision of a zero-emissions world, concepts such as this help us get there, while still supporting the enthusiasts who love to drive vintage vehicles.”

He added: “General Motors has the in-house talent required to create a concept like the E-10,” said Campbell.

“With the innovative thinking and expertise our performance team, electrification team and many others at GM bring, this project went from concept to running vehicle in 18 weeks to demonstrate what the future of an eCrate propulsion system and hot rodding could look like.”

General Motors is not alone in going down this path. Aston Martin already announced last year it has developed a way to convert its old models into electric vehicles. It’s method involves what it calls a “cassette” EV powertrain that can been installed where the engine and transmission normally would be, allowing owners to continue to drive their favourite old car without worrying about regulations.

The British brand demonstrated proof of concept by converting a 1970 DB6 MkII Volante to battery power. It sees it as a way to ensure it’s vintage models survive regardless of petrol restrictions.

“We are very aware of the environmental and social pressures that threaten to restrict the use of classic cars in the years to come,” said Andy Palmer, Aston Martin chief executive officer.

“Our Second Century Plan not only encompasses our new and future models, but also protects our treasured heritage. I believe this not only makes Aston Martin unique, but a truly forward-thinking leader in this field.”

Jaguar famously swapped the petrol powertrain of an original E-Type for an electric one, which was then used in the wedding of Prince Harry and Megan Markle.

These are just the factory conversions, there are several private companies also doing the same thing. Such as Dutch concern, Voitures Extravert, which has developed an electric Porsche 911 that, on the outside at least, looks like it’s from the 1960s. While US-based Charge is planning a limited-run of 1960s Ford Mustangs with 350kW electric motor.

What do you think? Is this something you’d do to save your own classic if petrol cars eventually get banned? 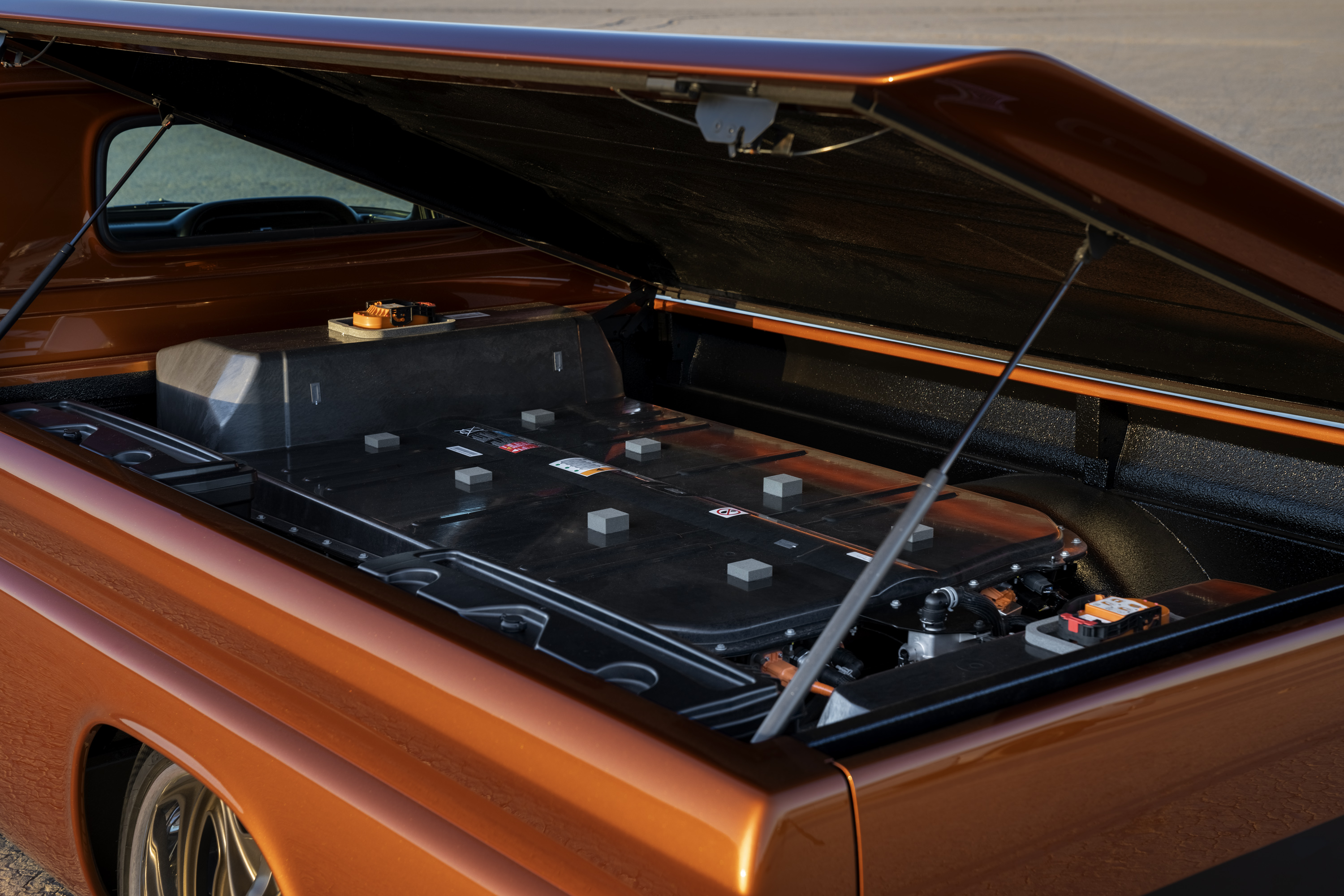