How an F1 legend is creating the ultimate hypercar

How an F1 legend is creating the ultimate hypercar

This is the best look yet at one of the most aerodynamically-advanced supercars that will take on the biggest names in the business.

But Gordon Murray, creator of this remarkable hypercar, is no stranger to taking on (and beating) the best in the world – including Ferrari – in Formula One. And that’s what he’s planning to do with his first self-made supercar, the Gordon Murray Automotive T.50.

For those unfamiliar with his work, Murray is one of the finest designers in the history of F1. He designed Nelson Piquet’s championship-winning Brabhams in the early 1980s before going on to create McLaren’s dominant 1988 MP4/4 as well as its ‘89 and ‘90 title winners. And then he left motorsport to create the legendary McLaren F1 road car.

Since establishing his own design agency he has focused on helping other companies produce their own cars, but now the time has come for him to build a spiritual successor to the McLaren F1.

The T.50 has been in the planning for several years but only recently did Murray reveal this image of what the car will look like when completed. The full reveal of the car won’t come until May, 2020 but he has already announced several key technical features. 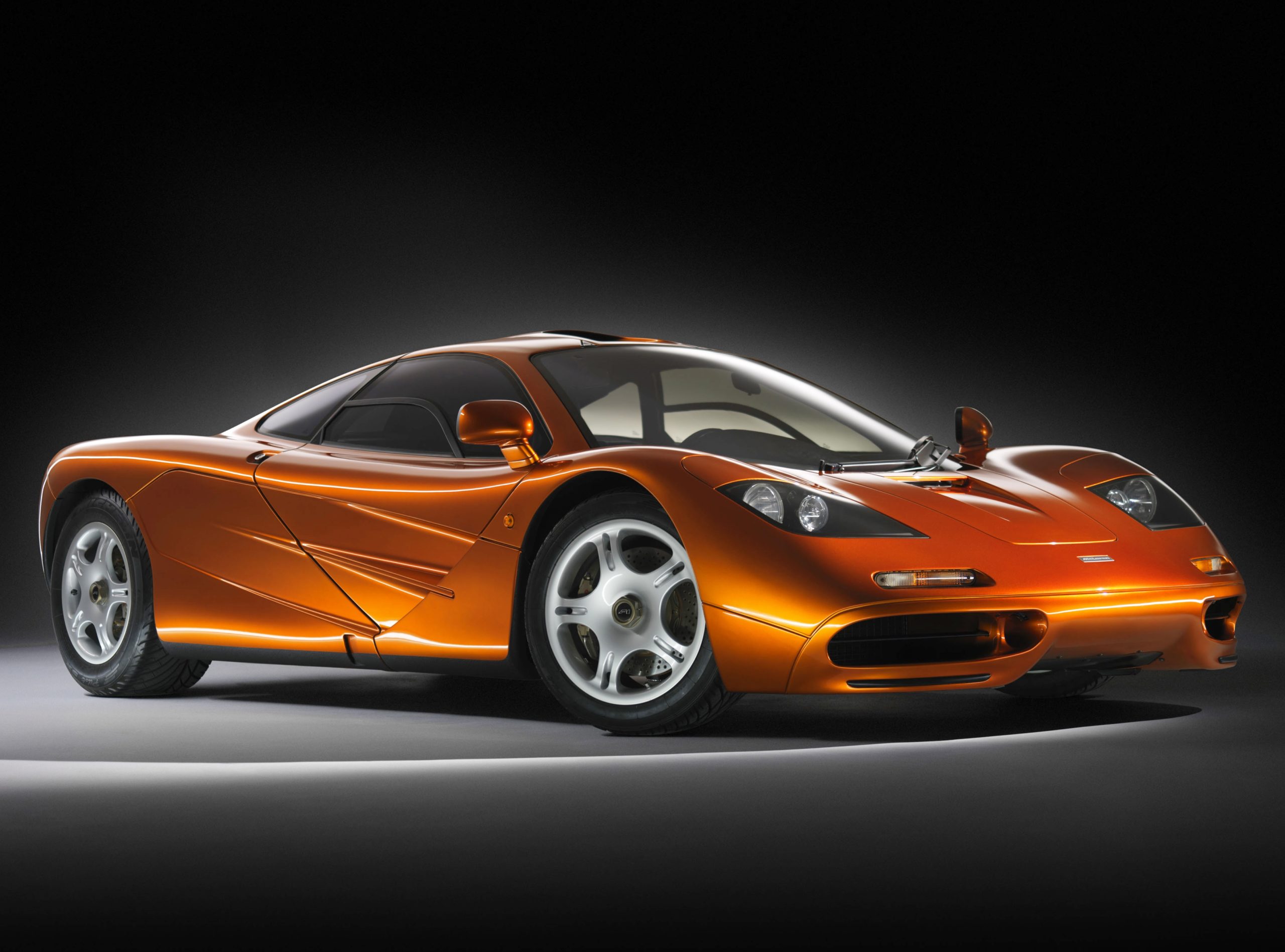 Just as he did with the McLaren F1, Murray has designed a three-seater supercar with the driver positioned in the centre. His goal is to make sure the driver gets maximum enjoyment from the car, calling it an “analogue supercar” with less reliance on modern, complicated technology.

According to the company “the T.50 will deliver the purest, most driver-focused performance and dynamics of any road car.”

Like Lotus founder Colin Chapman, Murray is a believer that weight is the enemy of performance. With most modern supercars weighing well more than 1000kg, he decided to make it his goal to come in under that weight.

So the T.50 will tip the scales at 980kg, according to the company. Backed up by a V12 engine and a highly advanced aerodynamic package, it should be an incredibly fast car.

No turbos, no hybrid

Speaking of the engine, the T.50 will be powered by a bespoke Cosworth-built 3.9-litre V12. This is again driven by Murray’s preference for simplicity, opting for capacity over the modern trend for more complex turbocharged and hybrid powertrains.

The Cosworth engine will produce a relatively modest (by supercar standards) 485kW of power and 450Nm of torque, but will rev to 12,100rpm and with only 980kg of car to move it should be suitably quick. 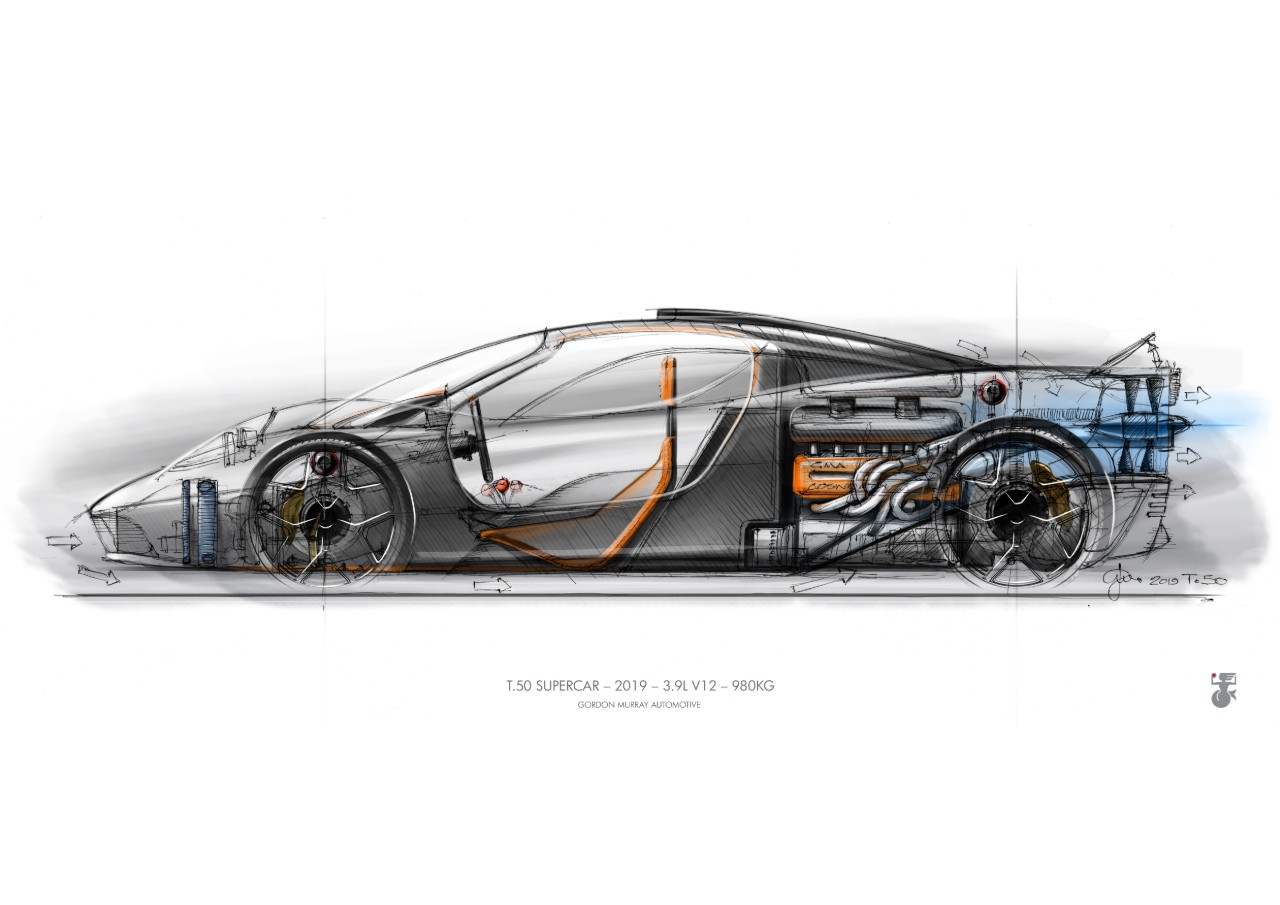 Murray designed one of the most controversial and creative F1 cars in history when the Brabham BT46B debuted at the 1978 Swedish Grand Prix. It featured a fan at the back of the car to help extract air from underneath the car, thereby increasing downforce, but was quickly protested by rivals and never appeared again.

Murray didn’t forget and has resurrected the concept for the T.50, incorporating a 400mm fan at the rear of the car as part of a highly-advanced ground effect aerodynamics system. The design team have created six distinct aerodynamic modes for the T.50 – Auto, Braking, High Downforce, Streamline, Vmax and Test.

That means the T.50’s downforce is generated primarily underneath the car, leaving the designer to sculpt a clean, undisturbed body that looks sleek and modern.

“We were highly focused on achieving the purest possible form for the T.50, an objective we’ve achieved through world-first engineering innovations and active underbody aerodynamics,” Murray explained. “We will reveal the completed design at the T.50 supercar’s global debut in May.”

To help hone the aerodynamic package Murray will return to his roots and test the T.50 at the Racing Point F1 team factory at Silverstone. Up until now testing for the T.50 aero has been done with computational fluid dynamics (CFD) but by using a 40 per cent scale model of the car he believes is necessary to achieve the best design.

“Formula One remains a deep passion of mine, so partnering with Racing Point to develop the T.50 is hugely exciting,” Murray explained. “I’ve dreamt of delivering a road car with a ground-effect fan since I designed the Brabham BT46B F1 racing car in 1978. The system on the T.50 is much more sophisticated than the Brabham’s and will benefit enormously from Racing Point’s expertise and resources.” 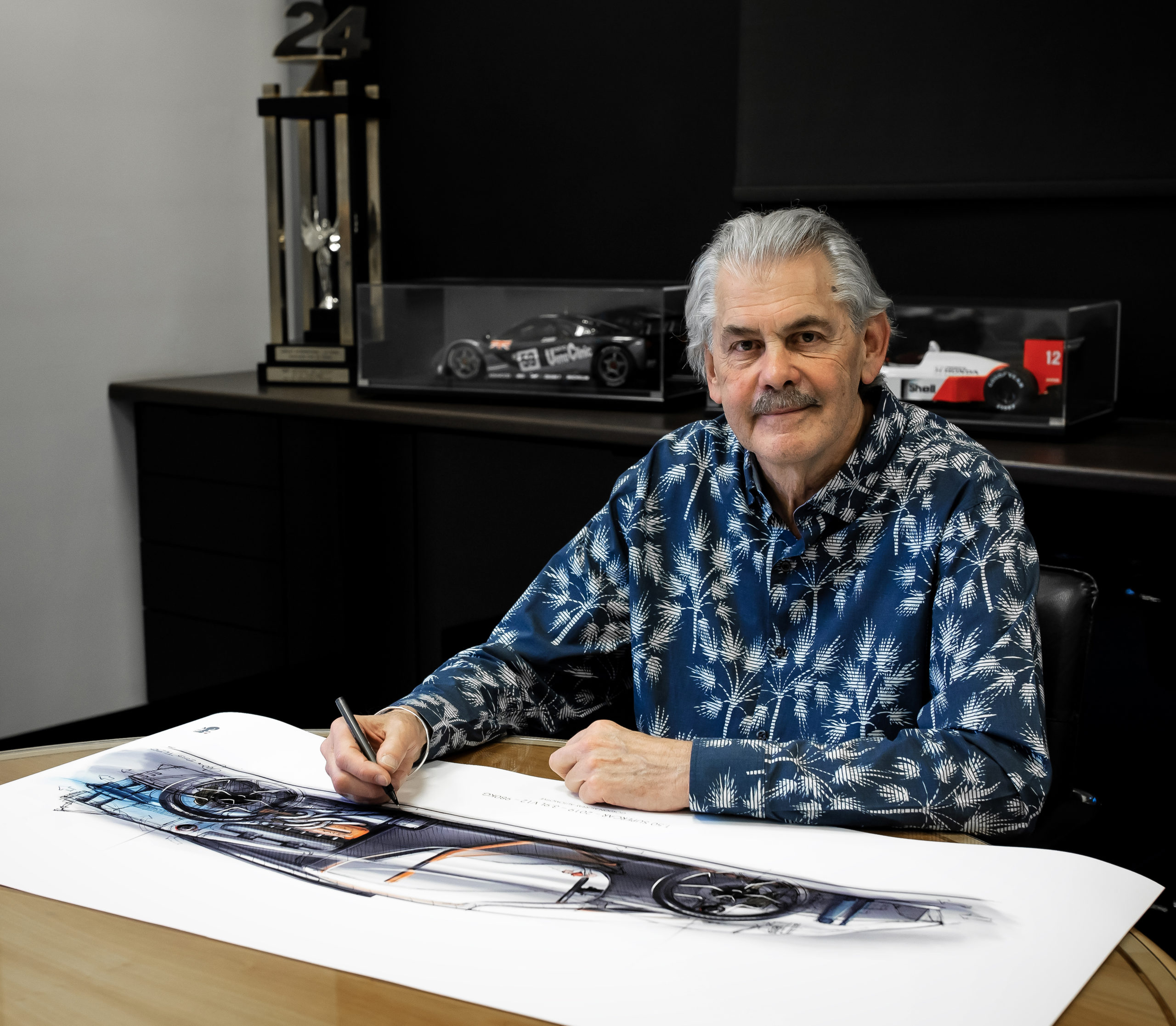 Despite an asking price of £2 million ($3.8m) there has reportedly been plenty of supercar collectors lining up to park a T.50 in their garage. Only 100 examples of the car will be built, so given Murray’s reputation and the increasing likelihood that raw, naturally-aspirated supercars like this will become rarer in the future, the T.50 is set to be an instant classic.

After the windtunnel testing his complete the GMA team will move onto further development and reliability testing in throughout 2020 and ‘21. The first lucky customers will begin taking delivery of this highly-advanced supercar in January 2022

Unsurprisingly for a man of his background Murray wants to see the T.50 on track and has expressed a desire to return to Le Mans. The McLaren F1 famously won the 1995 24 Hours of Le Mans after customers requested a racing version, so Murray may just be jumping to the inevitable result.

The problem is how light the car is, at 980kg it’s well below the 1245kg minimum weight limit for the GTE class. However, he hasn’t ruled out competing in the new Hypercar class against the likes of Toyota, Peugeot and Aston Martin.

At the very least, GMA will built 25 track-specification T.50 and could use those for a one-make series. 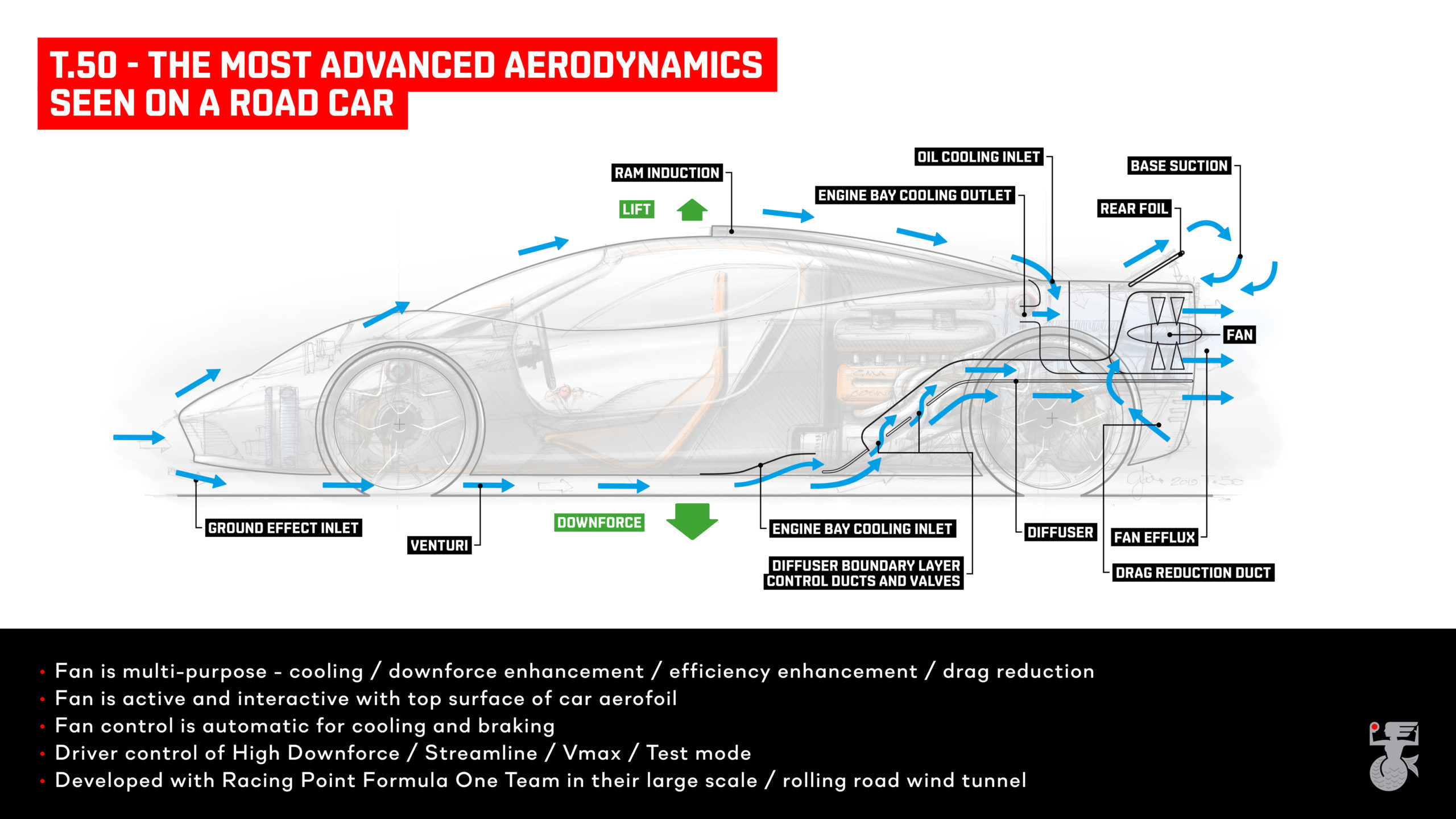