Aston Martin has revealed a sneak preview of its future – a short video of its all-new turbocharged V6 engine firing up on the dyno.

Designed and built in-house the new 3.0-litre V6 turbo will replace the brand’s current supply of AMG-sourced 4.0-litre twin-turbo V8 engines in future models. The first recipient will be the Valhalla, the brand’s first mid-engine sports car to spin-off from the Valkyrie hypercar project, due to arrive in 2022.

The new engine has been designed to be electrified, and Aston Martin is also developing a hybrid system that will be utilised on selected models. It has been codenamed TM01, in tribute to Tadek Marek, one of the brand’s leading engineers in the 1950s and ‘60s, and is the first engine built entirely by the British firm since 1968.

While a significant cost to a company in a tight financial situation, relieved somewhat by the arrival of new chairman Lawrence Stroll and his consortium’s cash injection, Aston Martin believes going it alone with its engine is the right strategy moving forward. The V6 will likely spread across the rest of the range in time but it will be tuned to produce different power outputs depending on the model and if it uses the hybrid system. 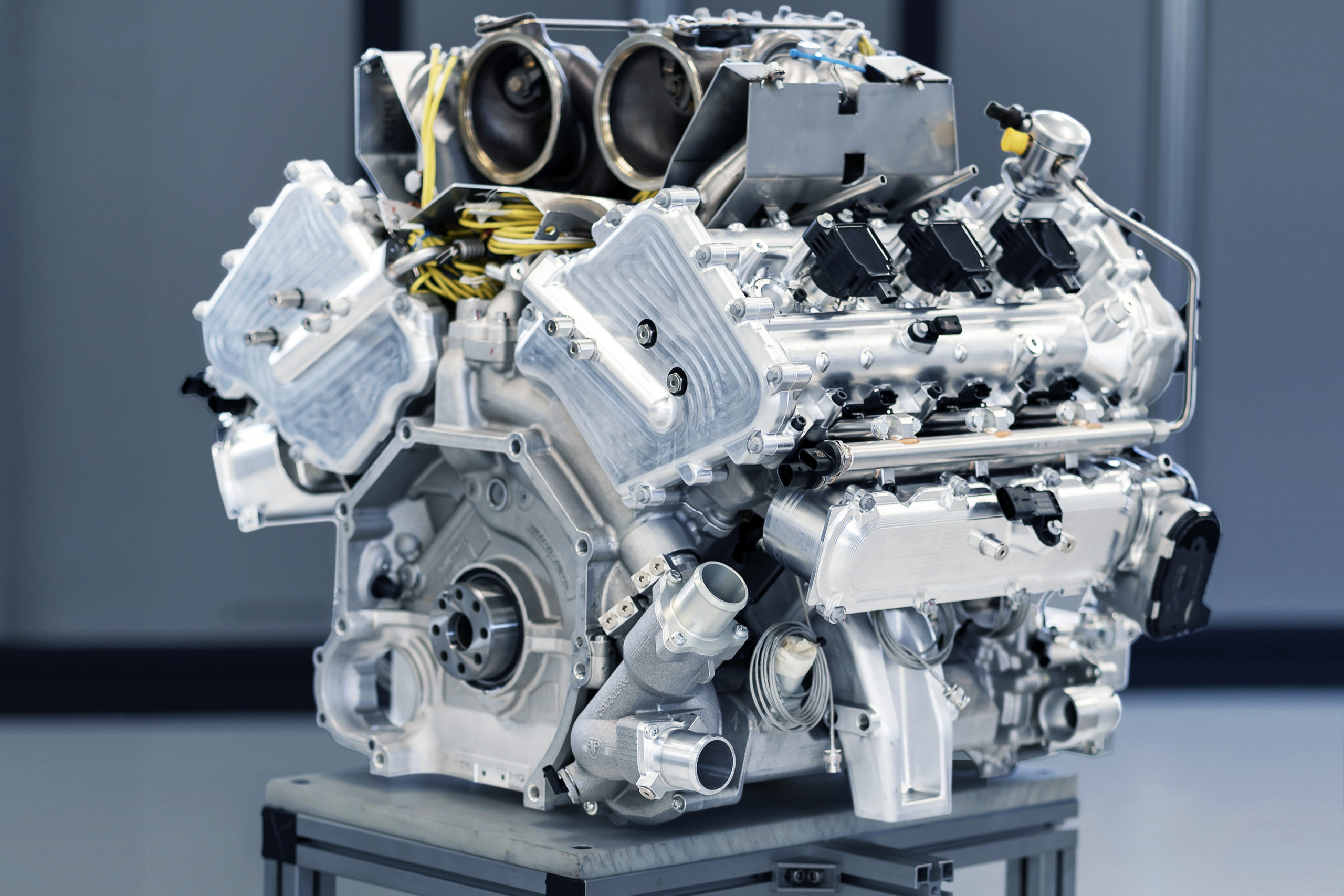 “This project has been a great challenge from the start,” Ross said. “Putting a team together to deliver what is going to be the future power of Aston Martin has been an honour. From the very beginning, we have had the freedom to explore and innovate in a way that we have not been able to do so in a very long time. Most importantly, we wanted to create something that is befitting of the TM01 nameplate and create something that would have impressed our predecessor and pioneering engineer, Tadek Marek”.

Aston Martin has also confirmed this week that production of its crucial new SUV, the DBX, will begin as soon as COVID-19 restrictions allow it, thanks to the investment by Stroll’s consortium firming up its short-term financial position.