Gymkhana 2020: Planes, power boats and Subaru is back!

Gymkhana 2020: Planes, power boats and Subaru is back! Travis Pastrana lets it all hang out in Gymkhana 2020

No Ken Block. No problem.

Gymkhana 2020 has hit the internet and while former star Block has stepped aside his replacement, Travis Pastrana has proven a suitable new wheelman. In the nearly 10 minute video released overnight, Pastrana lives out every petrolhead’s fantasy and drifts, donuts and jumps his way around his hometown – Annapolis, Maryland.

He’s also brought some history with him. The former motocross and action sports star is now a rally driver for Subaru USA, so he has brought the Japanese brand back to the Gymkhana series for the first time since the second installment. 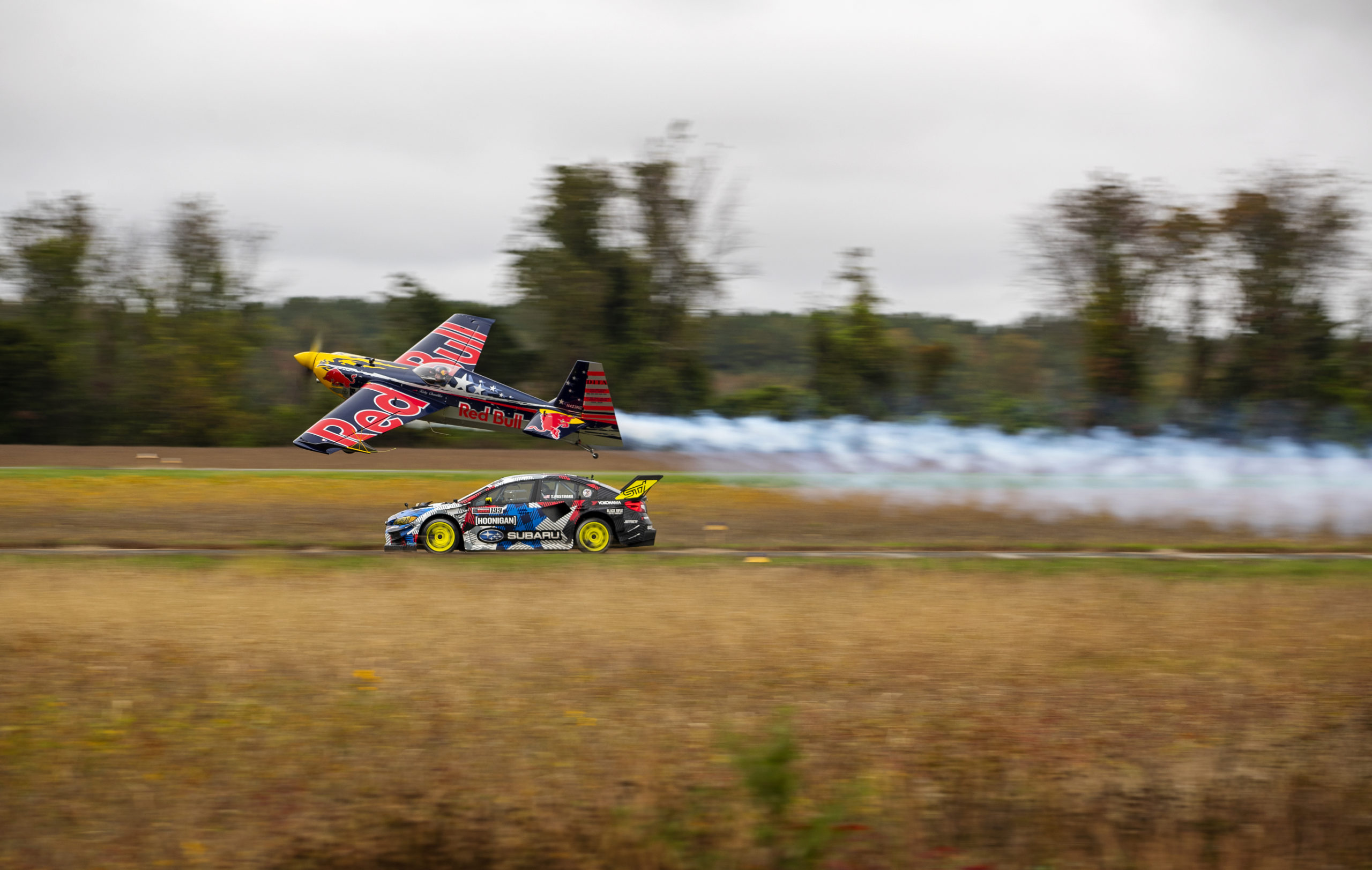 And not just any Subaru, but what video producers Hoonigan have labelled the “wildest WRX STI” ever built. It was created in partnership between Hoonigan and Subaru’s official USA rally team, Vermont Sports Cars. It’s powered by a 2.3-litre turbocharged boxer engine making 642kW of power and a massive 900Nm of torque; more than enough grunt to shred plenty of tyres.

It also gives Pastrana enough power to open the video with a stunning leap over the Annapolis harbour – and a power boat. It also helps him hit 241km/h (150mph) on the Maryland road, only to hit a jump and fly more than 80m. To ensure the Subaru was safe both on the ground and in the air, the wild-looking bodywork includes an active rear wing that is operated by a button on the steering wheel.

Speaking of wings, Pastrana also makes a detour to the local airport where he engages in some aerobatics with a stunt plane.

The video ends at Pastrana’s home – Pastranaland – where he and his action sports friends (and even his kids) play with anything on wheels.

Check out the video below to see all the action.