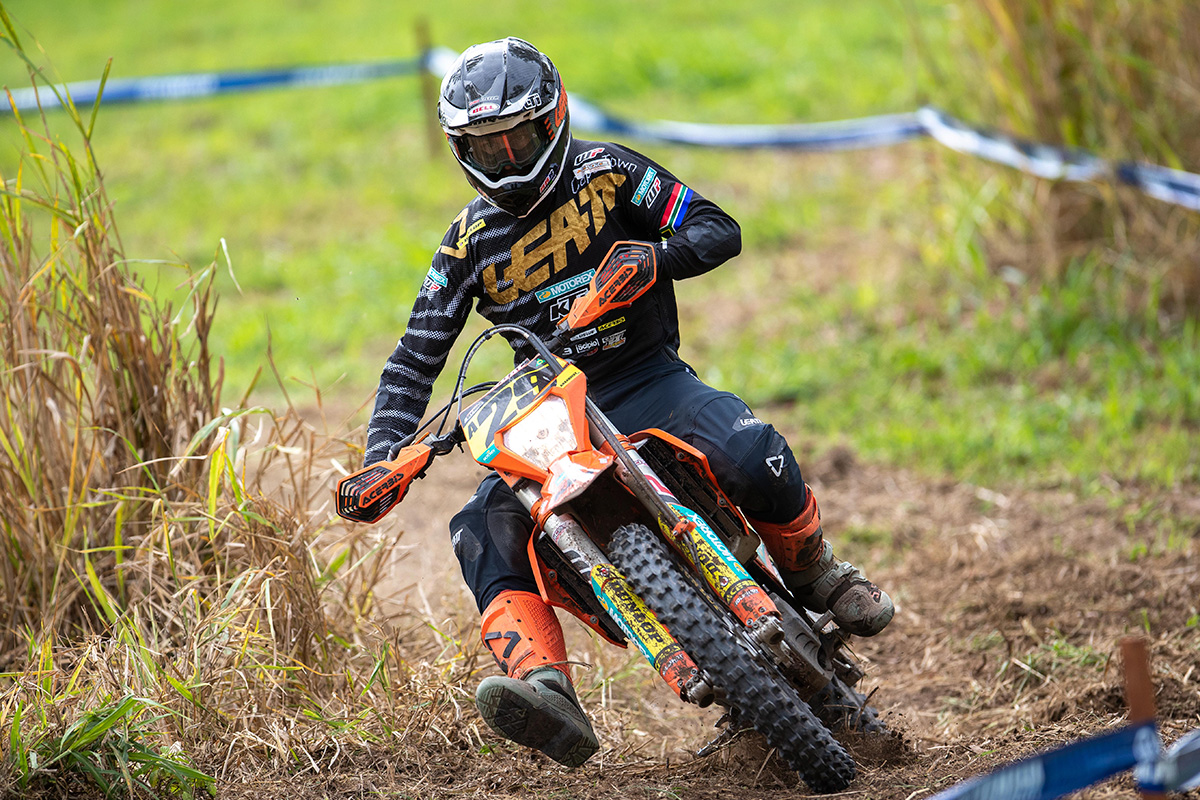 KTM off-road riders Stefan Granquist and Emelie Karlsson have continued their consistent string of class podiums at the third and fourth rounds of the 2022 Australian Off-Road Championship (AORC) in Mackay, QLD.

Racing the powerful KTM 500 EXC-F in the E3 class, Granquist stormed to a second-place result in Friday’s round, charging hard for the runner-up position in round three.

Meanwhile, in the EW class, Karlsson aboard her KTM 350 EXC-F rode cleanly through all seven sprint tests to finish the day an impressive second overall – a remarkable effort considering she was battling a mystery illness for 10 days leading up to the event and spent Wednesday night hospitalised in Mackay.

The heavens opened overnight and continued to pepper the Mackay venue throughout the day on Saturday, making the racing conditions a lot more technical for the series’ fourth round.

Still nursing an injured thumb from the opening rounds at Cherrabah, Granquist chose to play it safe in the slippery conditions, focusing on staying on two wheels and minimising mistakes. That strategy paid off as he finished the day third in the E3 class.

Despite the challenging, wet conditions significantly increasing the margins for error, Karlsson continued her gritty performance on Saturday by collecting valuable championship points in a rewarding runner-up result.

In addition, at round four in Queensland this weekend, KTM-equipped Cooper Sheidow also impressed by riding to third position in the highly-competitive E1 ranks, plus Riley McGillivray emerged as the winner of the EJ class on Friday.

Rounds five and six of the Australian Off-Road Championship will be held in Kyogle, NSW, on 16-17 July.

Stefan Granquist: “Yesterday was a solid day and I felt like I could push harder and harder as the day progressed. At the same time, I was careful to stay consistent and not crash, as you can lose so much time if you make a mistake. Sometimes I thrive in the wet, but today I felt a lot more hesitant as I’m still carrying a thumb injury from Cherrabah. I guess that was in the back of my mind all day, so I decided to focus on being smooth and minimise any mistakes. Overall, I’m happy with my riding, to come away from today with a third overall and maintain my run of podium results – it was a good day for a ‘not-so-good’ day.”

Emelie Karlsson: “I’ve been really sick the past two weeks and I spent Wednesday night in hospital in Mackay. The doctors still don’t know what the problem is, but I had a fever for days, all of my joints were swollen and I couldn’t walk for a couple of days. I’m feeling a lot better now, but my intention for the weekend was to just concentrate on getting points for the championship. It was a massive win to finish second on both days and I couldn’t be happier with my results. It was tough today with the rain, but I’m just glad we didn’t have to ride in those conditions on Friday, because I don’t know how I would’ve coped. It was a challenging weekend, but the results were as good as a win for me!”