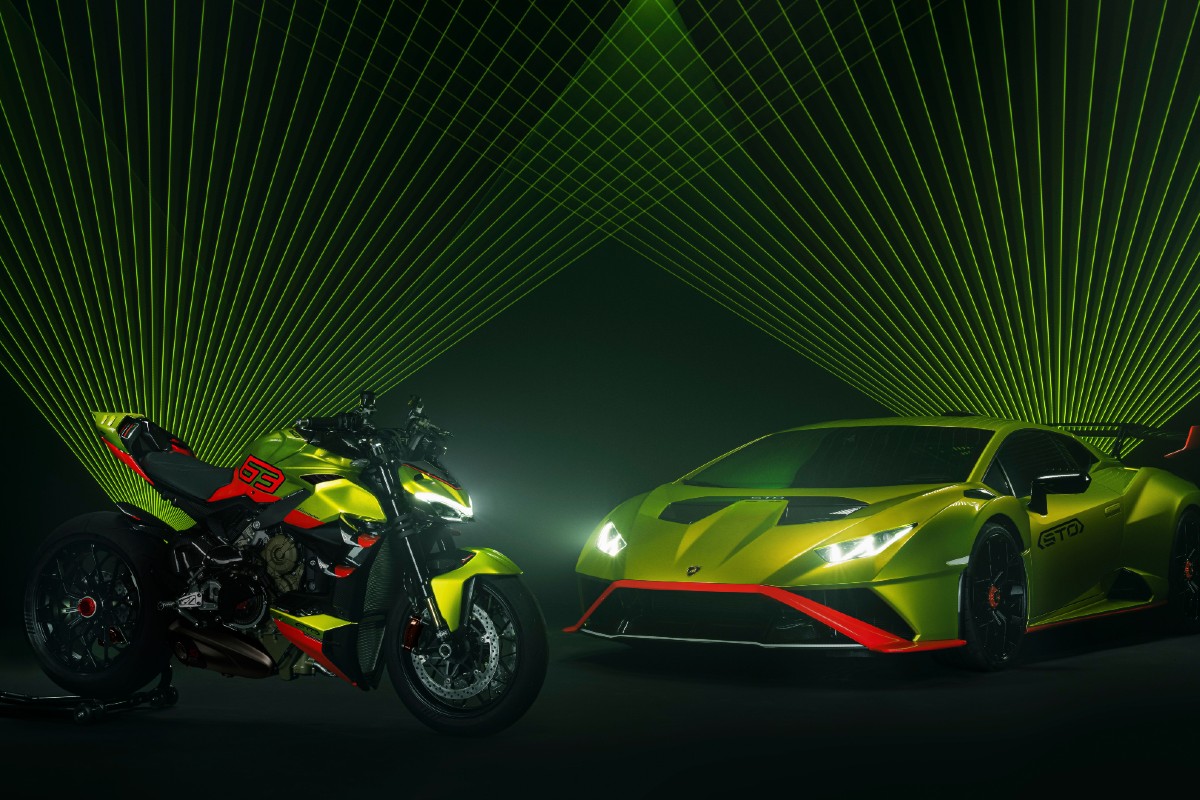 Lamborghini and Ducati teamed up at last weekend’s San Marino MotoGP to combine the two brand’s most extreme machines. The pair showed off the new Ducati Streetfighter V4 Lamborghini, inspired by the recently-released Huracán STO.

The partnership between Lamborghini and Ducati comes thanks to their shared owners, German car maker Audi, but allows the two companys that are based near each other in Italy’s ‘Motor Valley’ to showcase their unique design and Italian heritage. Ducati is headquartered in Bolonga and Lamborghini in the nearby city of Sant’Agata Bolognese.

Based on the Panigale V4 S 2023, Ducati will offer just 630 examples of the special edition bike. It features design elements inspired by the STO, including unique forged wheels and the front fender design, as well as carbon fibre parts. The bike is also finished in the same paintscheme as the hero model of the Huracán STO range – “Verde Citrea” (green) with highlights in “Arancio Dac” (orange).

The partnership helped Francesco Bagnaia race to victory in Sunday’s Grand Prix, keeping the Italian in the hunt for his first MotoGP world title. 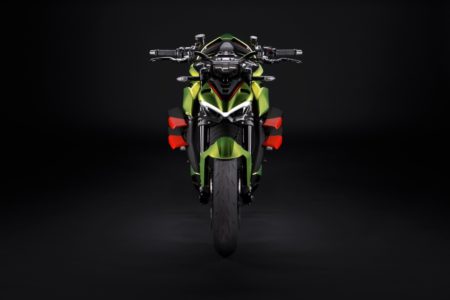 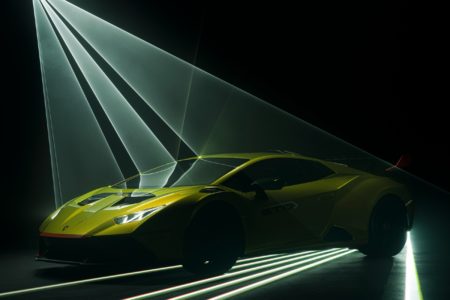 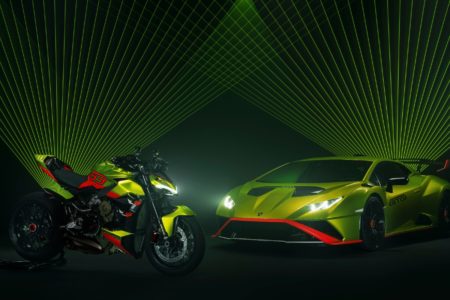 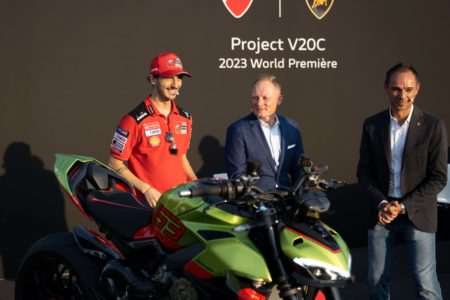 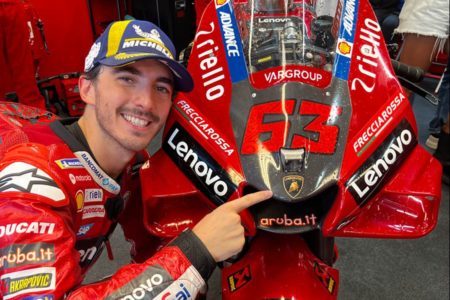 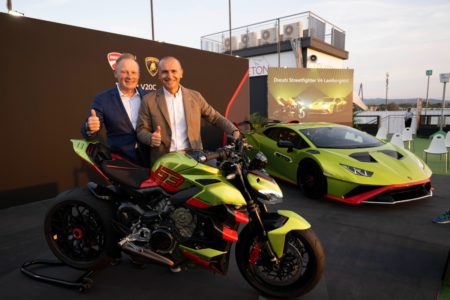