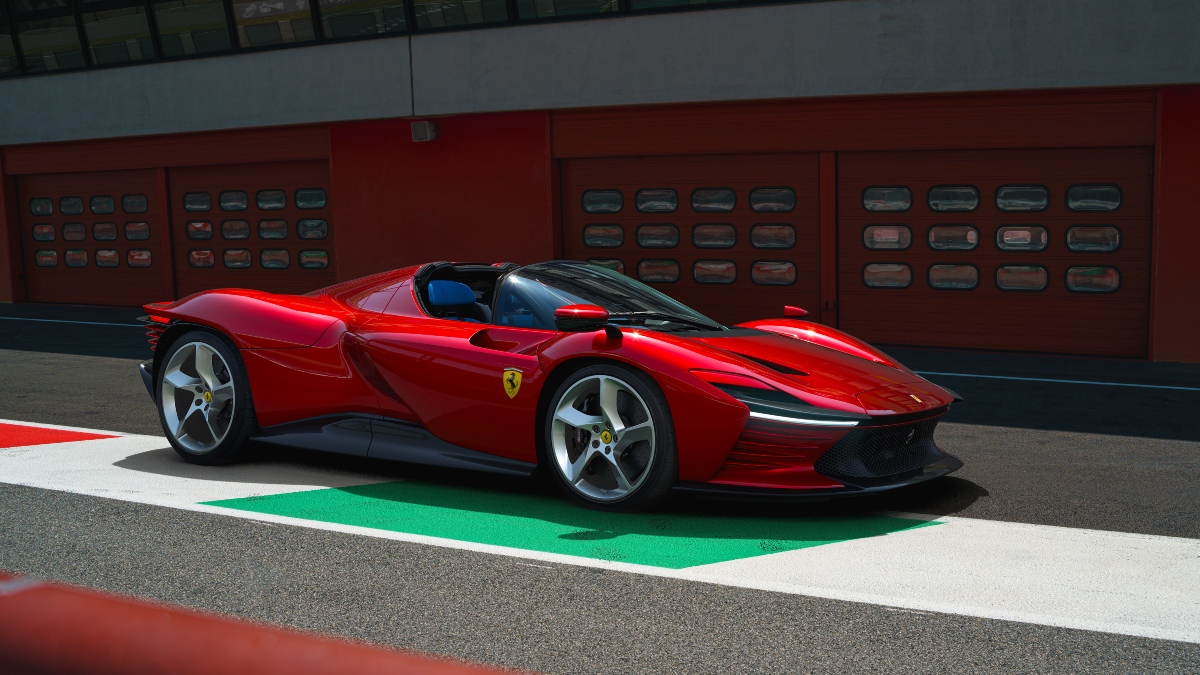 Ferrari has taken the covers off its latest special creation – the Daytona SP3.

Revealed at the annual Ferrari Finali Mondiali at Mugello, the new member of its Icona series of special edition models has been inspired by the company’s victory in the 1967 Daytona 24-hours with the iconic 330 P3/4.

To that end this limited-edition model features a mid-mounted V12 engine, making it the first Ferrari with that engine behind the driver since the LaFerrari hypercar (and the first non-hybrid V12 supercar since the F50). The engine is tuned to make 618kW of power and 697Nm of torque.

The engine is mounted to a carbon fibre tub that forms the backbone of Daytona, which provides enough rigidity to allow for a Targa-style roof. Ferrari has also integrated the seats into the chassis, which the company says creates a lower, more reclined seating position similar to its Formula 1 cars.

The design of the body is a combination of wind tunnel-tuned aerodynamics and styling nods to the Daytona-winning 330 P3/4.

The Daytona SP3 follows the Monza SP1 and SP2 Icona models that were launched in 2018, which were designed to be modern interpretations of the brand’s front-engine GT cars of the 1950s.