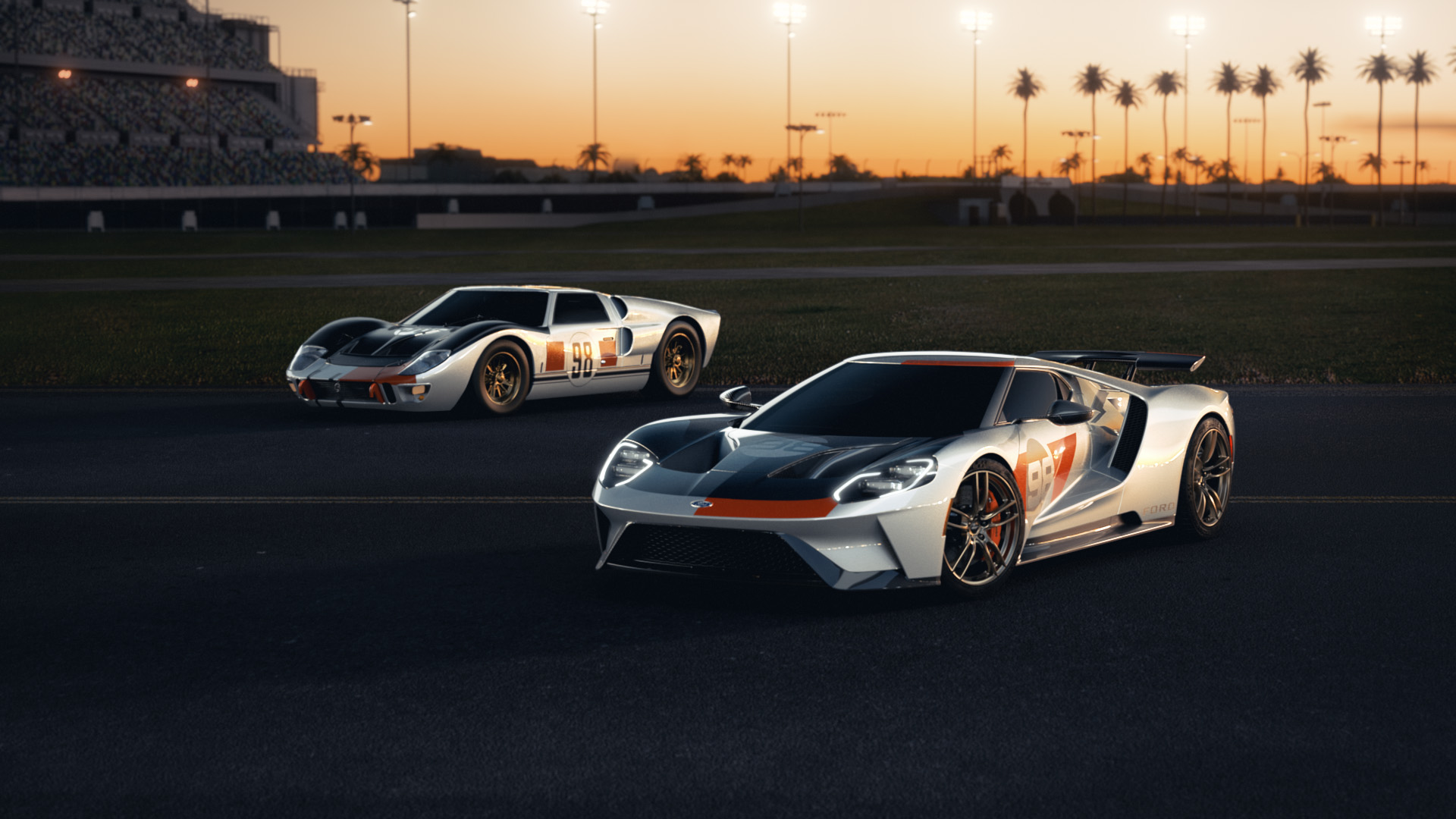 Ford has unveiled the latest addition to its GT Heritage collection – and it pays tribute to the stars of the Ford v Ferrari film. Ken Miles and Lloyd Ruby famously won the 1966 Daytona 24 Hour Continental race, and it’s depicted as a pivotal scene in the Hollywood movie.

So for the 2021 Heritage Edition Ford has recreated the livery that adorned the ‘66 GT40 MkII that won at Daytona. The asymmetrical paint scheme is predominantly white but finished with naked carbon and flashes of red, just like the Miles/Ruby racer. 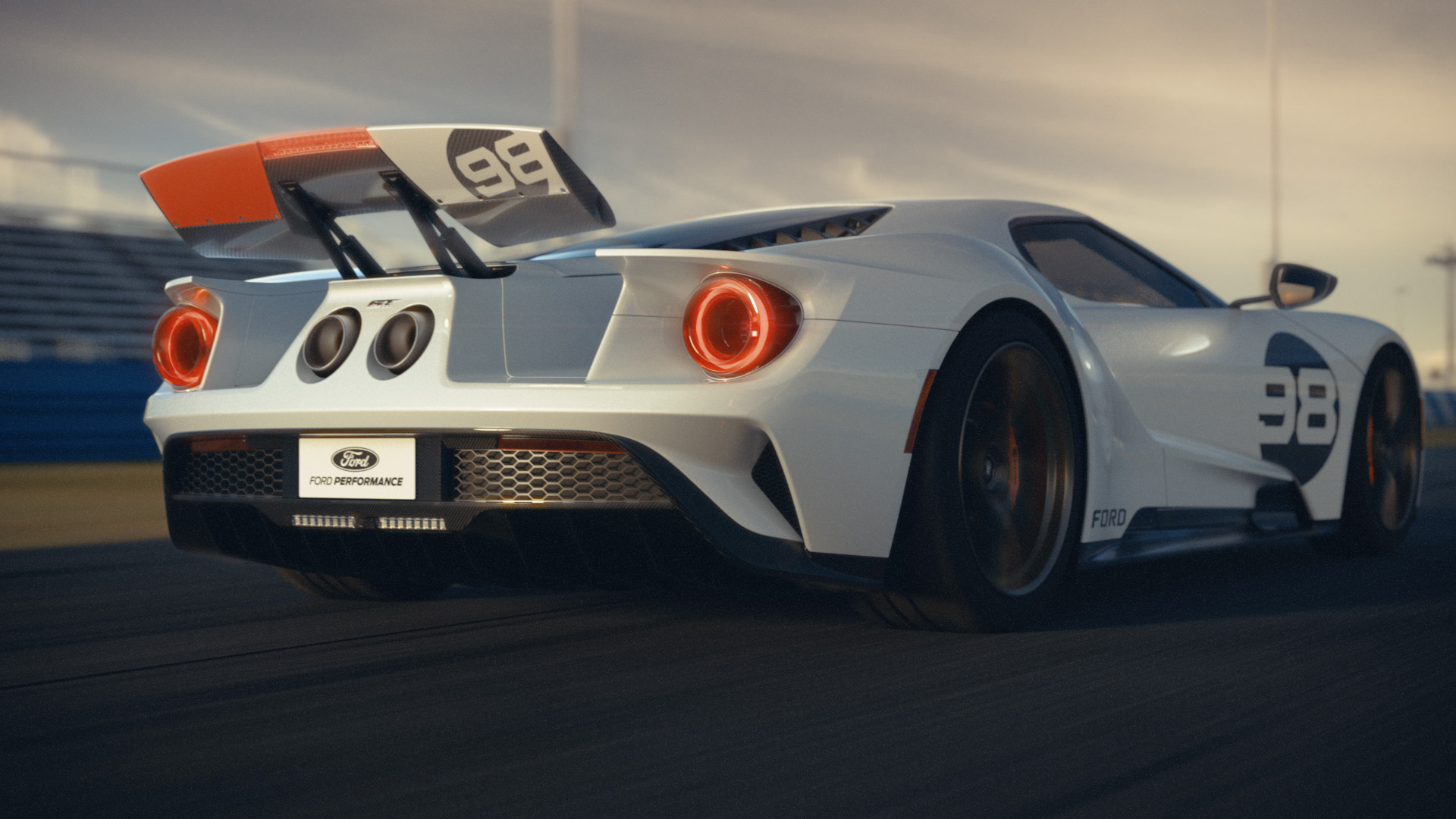 It joins the Heritage Editions that were inspired by the GT40’s racing career – including the famous Gulf-colours and the black look worn by the Chris Amon/Bruce McLaren winning entry – that have been launched in previous years.

CLICK HERE: To read about the Ford GT Carbon Edition

“For this Heritage Edition, the Ford Performance team went deeper into the Ford GT’s race history and crafted a limited-edition model that stylistically honors the 55th anniversary of the Daytona 24 Hour endurance race that would eventually lead to our successes at Le Mans,” explained, Mike Severson, Ford GT program manager.

Severson added: “Miles and Ruby led nearly every lap of the 24-hour race and outpaced the competition by 30 miles. The win was the first time anyone had threatened Ferrari’s dominance in sports car racing and represented a turning point in the Ford GT race program.” 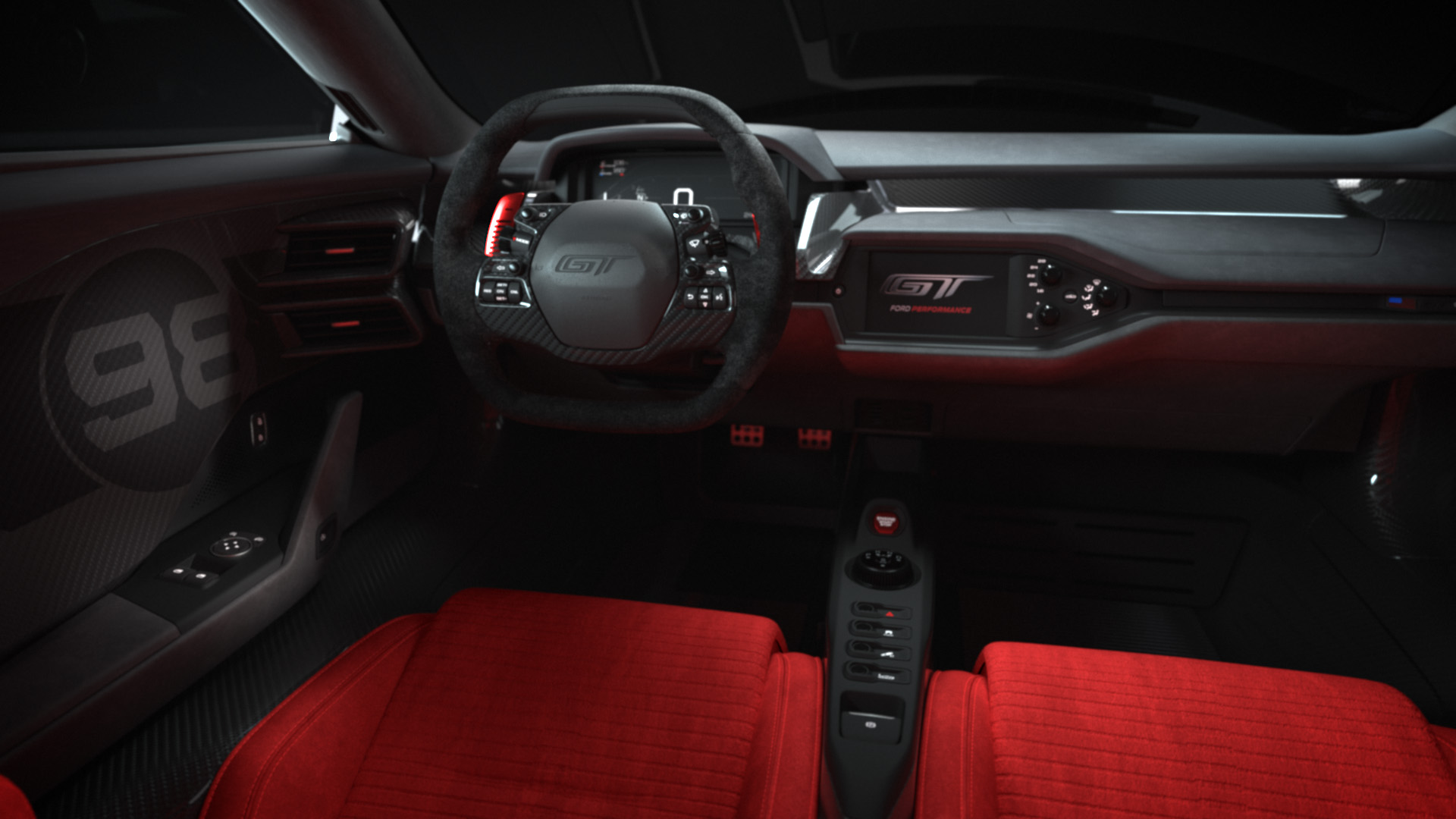 The interior of the new Heritage Edition features the #98 graphic

The 2021 Heritage Edition features the #98 racing number of the Miles/Ruby entry as well as 20-inch forged alloy wheels finished in gold. However, for a different look buyers can option 20-inch exposed carbon fibre rims.

The cabin features red Alcantara trim on the seats and the #98 is again featured, this time on the inside of the door. 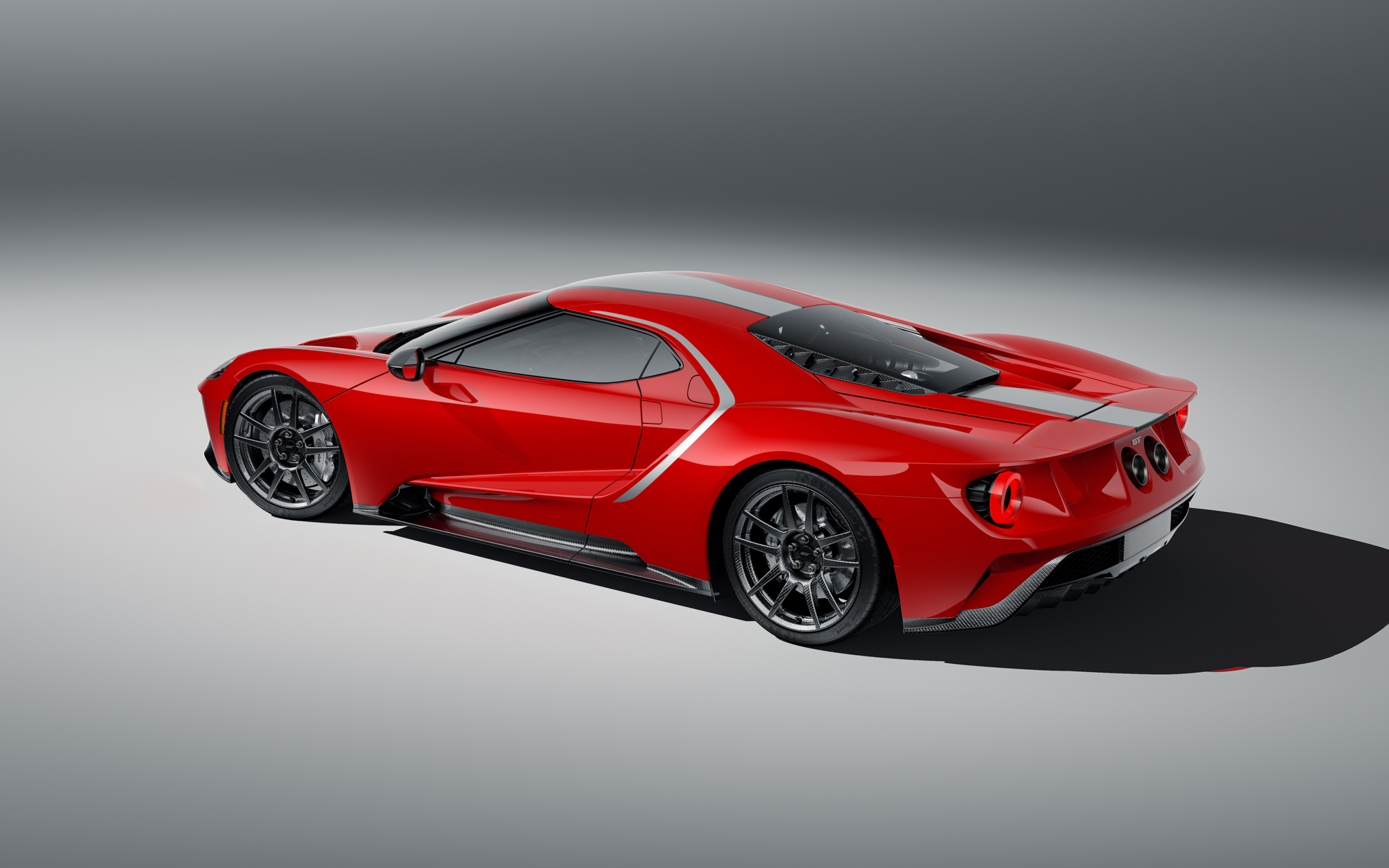 But this racing-inspired model isn’t the only new addition to the Ford GT range for 2021, with Ford also launching what it’s calling Studio Collection. It’s a new graphics package across a range of customisable colours that has been designed to highlight the shape of the American supercar.

“The combination of the stripes and accents invokes the emotion of speed and draws your eye to some of the most prominent features of the GT,” said Garen Nicoghosian, head of design for Ford’s GT partner, Multimatic. “The fuselage, buttresses and signature features on the headlights provide visual anchors for the graphics, guiding your eye across the vehicle.”

Only 40 Studio Collection models will be offered across the 2021 and 2022 production builds, which are due to be the last of this generation GT.