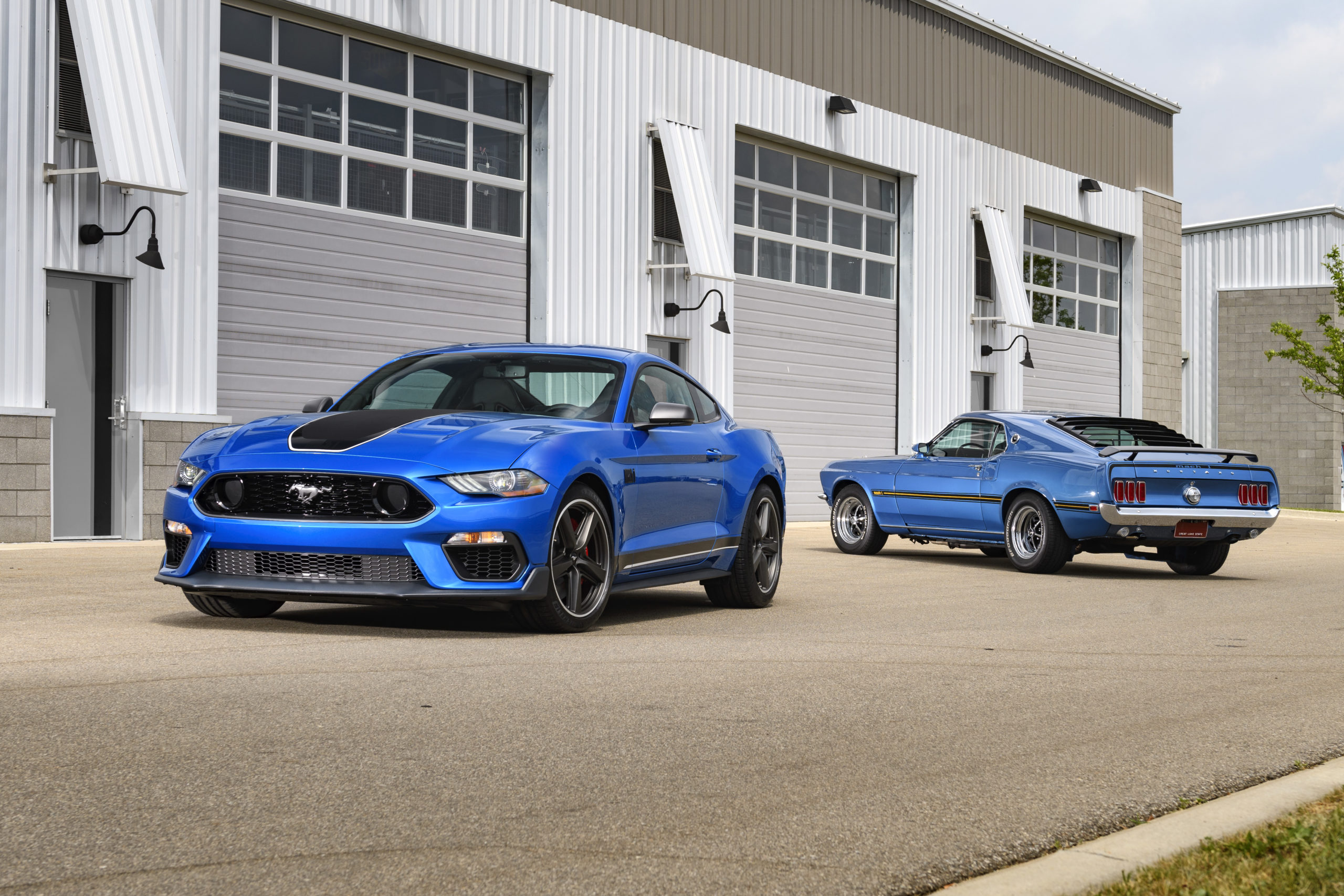 Warning: the following story may leave you with feeling like you’ve missed out.

That’s because Ford has taken the wraps of its highly-anticipated Mustang Mach 1 revival, but sadly it’s not coming to Australia.

Sure, we still have the Herrod Performance Mustang R-Spec to cater to our demands for a faster, more capable ‘Stang, but the details of the resurrected Mach 1 do make it sound very tempting.

The blue oval has brought the Mach 1 nameplate back after a 17-year break but has tried to capture the spirit of the iconic models of the late ‘60s and early ‘70s, bridging the gap between the ‘regular’ Mustang range and the hardcore Shelby GT350 and GT500.

“Bold styling, great acceleration and speed – Mach 1 says it all,” explained Ford CEO, Jim Farley. “This is one of those special Mustangs that truly brings a smile to the faces of our owners, enthusiasts and fans – including me – so there’s never been a better time to bring back Mach 1 and have it go global too.” 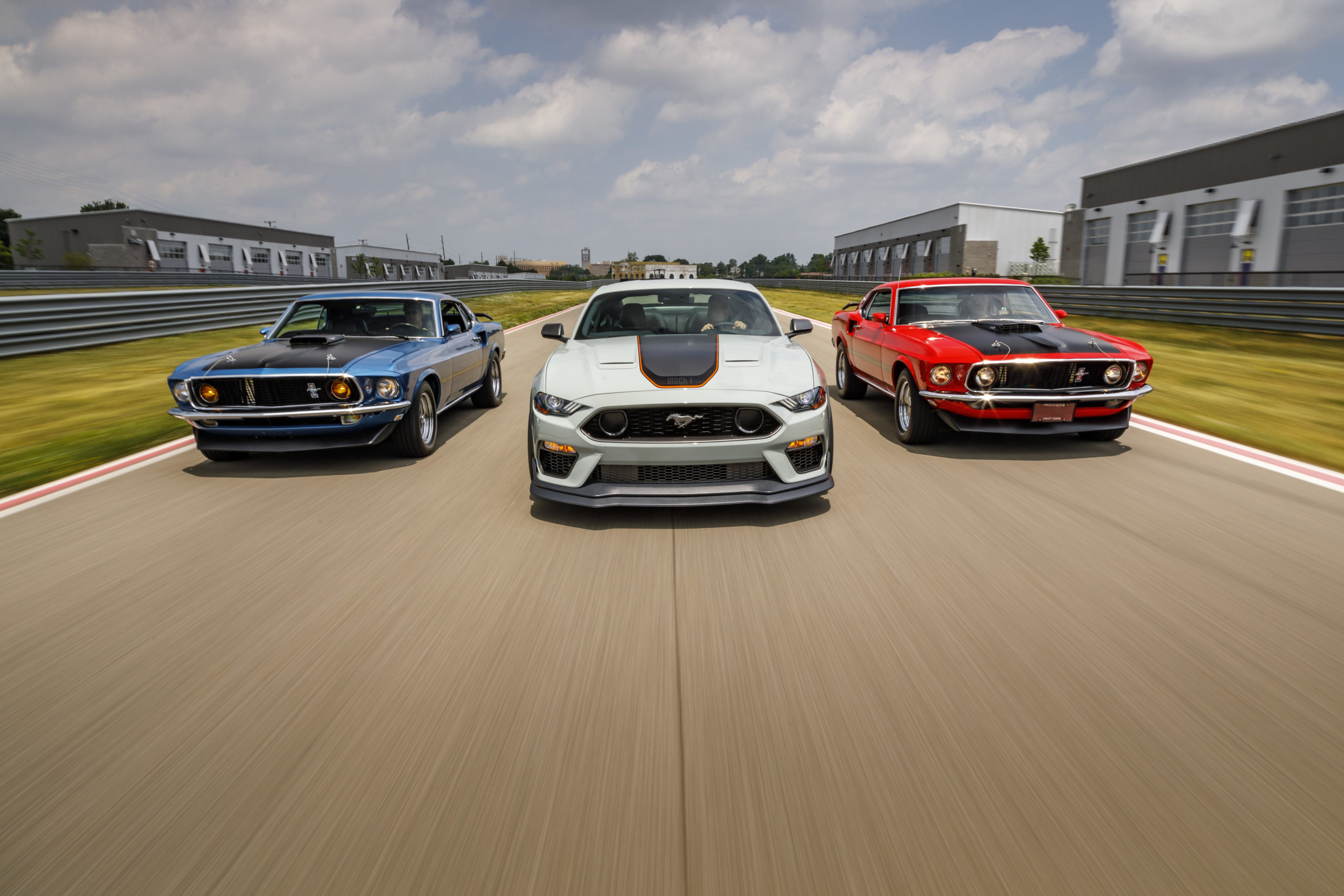 The Ford Mustang Mach 1 with its predecessors

Under the bonnet is the brand’s familiar 5.0-litre V8 but it’s tuned to make 385kW of power and 570Nm of torque. It’s paired with either a six-speed manual transmission, with rev-matching for the first time, or a 10-speed automatic, that’s been specially calibrated and upgraded to match the engine.

The engine runs more efficiently, with oil cooling, thanks to its new intake manifold, oil filter adapter and engine oil cooler taken from the GT350. 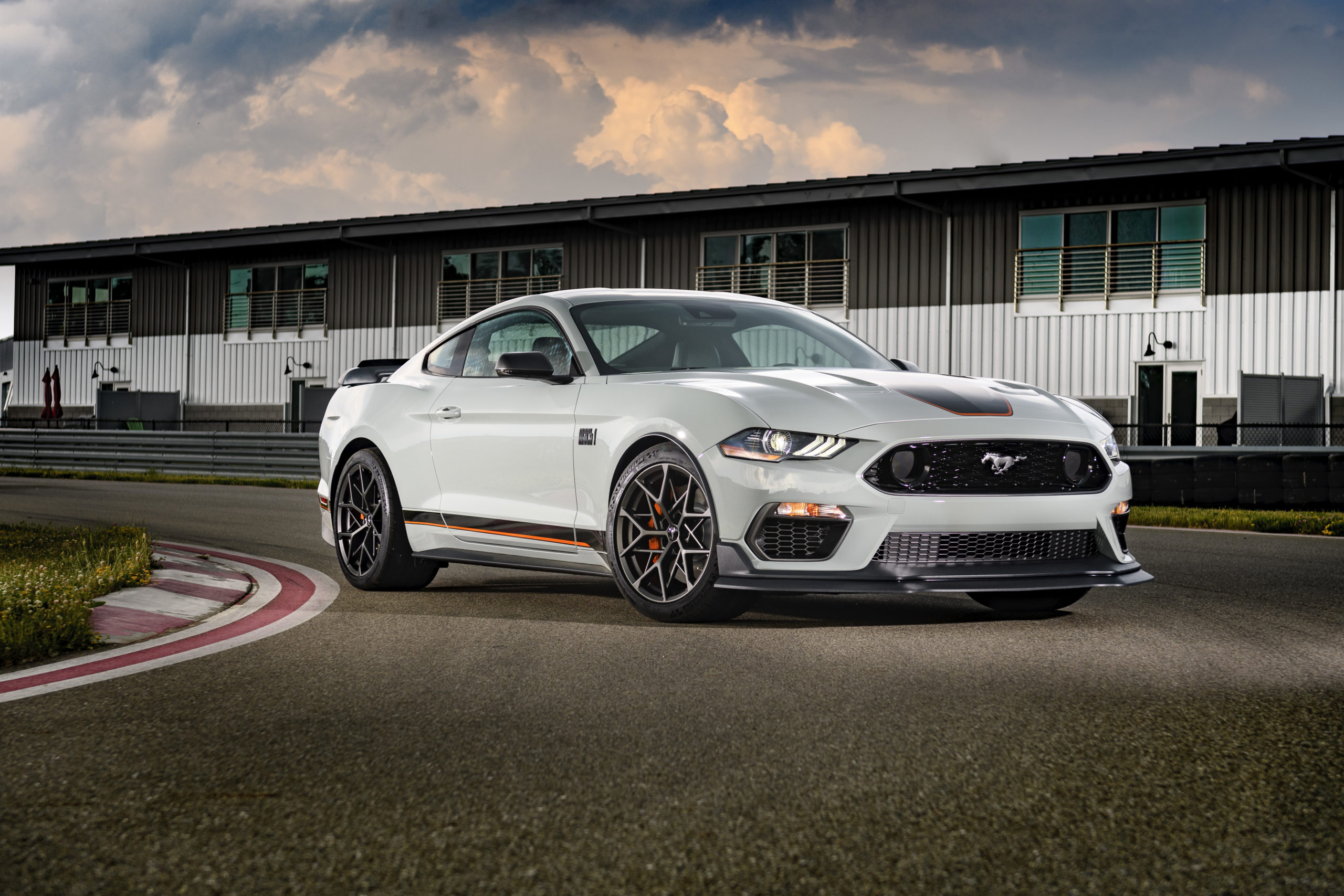 There’s a significant advantage to opting for the manual transmission, because it allows you to include the Handling Package developed for the Mach 1.

It consists of a larger front splitter for increased downforce, new front wheel lip moldings, a rear swing spoiler with a Gurney flap as well as the rear tire spats from the GT500.

All Mach 1 will come with a new underbody pan that is 20-inches longer than the one found on the Mustang GT Performance Pack. Ford claims this is the biggest single aerodynamic upgrade for the car to improve its on-track performance. The Mach 1 sports a unique look in order to separate it from its lesser variants.

For starters there’s a new aerodynamically-honed front end that includes a new look 3D deep mesh grille with a low-gloss black pony badge. The low-gloss black colouring is used extensively across the car, including on the mirror caps and rear spoiler.

The new grille also includes two round recesses that are a tribute to the ‘70 Mach 1 which integrated fog lamps into its front-end.

It rides on new alloy wheels that take design inspiration from the Magnum 500 wheels of the classic Mach 1. They measure 19×9.5-inches on the front and 19×10-inches on the rear as standard. If you get the Handling Package you get rims an inch wider for even better grip and featuring a unique design.