Ford Ranger Raptor V8: ‘If we build it, they will come’

Ford Ranger Raptor V8: ‘If we build it, they will come’

Ford won’t confirm it exists. Heck, the blue oval clearly doesn’t like talking about it at all. But everyone inside Ford Australia knows – if they build a V8-powered Ranger Raptor people will line up to buy it.

Ever since Wheels magazine wrote a piece claiming a bent-eight was being stuffed underneath the bonnet of the off-road weapon there has been much talk of when and how Ford Australia will produce such a car. Despite the Wheels story saying it would be on sale by the end of 2020, updated intel indicates that may be premature; but it seems like a case of when, not if, Ford will build such a vehicle.

While the Ranger Raptor has won praise for its off-road handling, particularly its high-speed stability and ride thanks to its racing-tuned Fox shock absorbers, the 2.0-litre four-cylinder twin-turbo diesel engine is seen as lacking the kind of grunt the well-tuned chassis deserves.

Speaking at the launch of Mustang R-Spec, a joint-venture between Ford Australia and outside supplier Herrod Performance, Ford Australia president Kaye Hart didn’t want to comment on any details surrounding any future model, but did discuss the market for a potential V8-powered Ranger.

“Yes, is the quick answer,” Hart said. “I think there is a market, that’s been evident for a long-time. We’ve got a lot of feedback from customers about what they do and what they’d like to have in their Raptor. That’s no different to what we hear on a Wildtrak or an XLT, or right across the board. Clearly the speculative story that came out earlier this year generated a lot of discussion, so clearly there are people out there that would have a demand for the product.”

The question of how Ford builds such a car and when they do it remain shrouded in mystery and speculation. 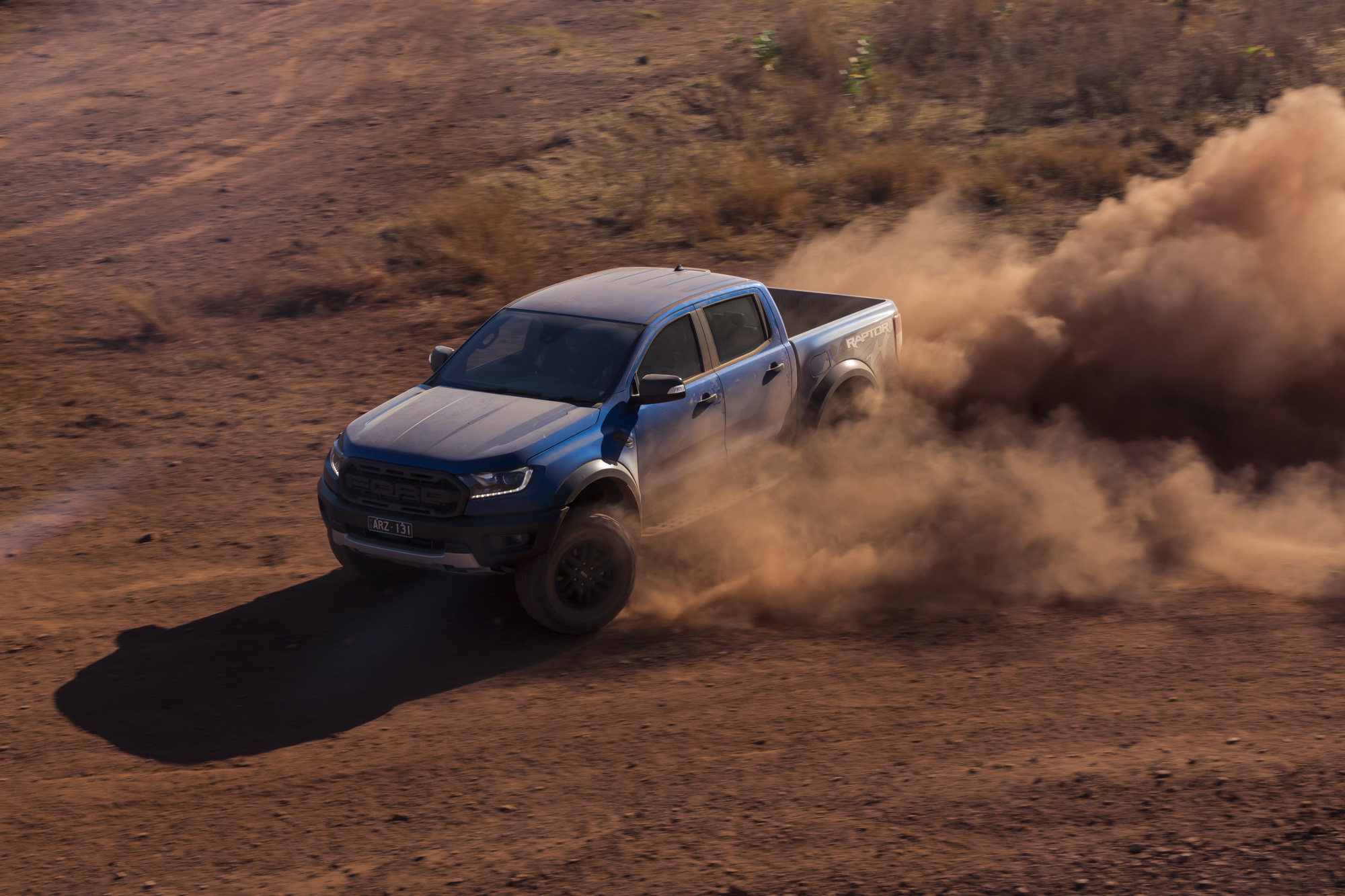 The Ranger Raptor is an excellent off-road ute.

When Ford will build a V8 Ranger Raptor?

This is the key question and depending on who you talk to it changes dramatically. The next-generation Ranger is due to launch in 2021, likely late in the year. So while there have been suggestions that the V8 Raptor could arrive later in 2020 as a spectacular swansong for this current generation, it seems more likely that Ford will wait until the all-new model arrives.

That would help justify the significant costs associated with such a large engineering project, while also giving the V8 Raptor a longer lifespan.

How Ford can build a V8 Ranger Raptor?

The success of the Mustang R-Spec project, with Herrod Performance modifying US-built cars on a new production line set-up at the old Broadmeadows plant, has given Ford Australia the confidence to look at more specific domestic projects to cater to Australian buyer preferences.

Ford Australia has played a key role in the development of the current ‘T6’ Ranger, leading the development from Australia, and is playing the same role for the next-gen ‘T7’ which gives the company the inside running on how to accommodate a V8 engine under the bonnet.

Asked if the R-Spec project with Herrod Performance would be a one-off or the first of many, Hart told Torquecafe.com: “I think what it has done… It has allowed us to think differently about how we bring special value packs or modified packs to the market. That’s a different process for us, a different way of working. That will open up new ideas and new concepts for us, potentially.”

Fortunately for Ford Australia not only does it have a good relationship with Herrod Performance, it also has strong links to Premcar, the Melbourne-based engineering firm responsible for much of the technical work on the Ford Performance Vehicle Falcons. Premcar was also involved in the R-Spec development, and is no stranger to utes as it’s also behind the Nissan Navara N-Trek Warrior special edition.

While nothing is official the most likely scenario at this stage could be using Premcar’s expertise and familiarity with the Coyote 5.0-litre V8 engine and establish a similar small production line at Broadmeadows like the Mustang R-Spec. 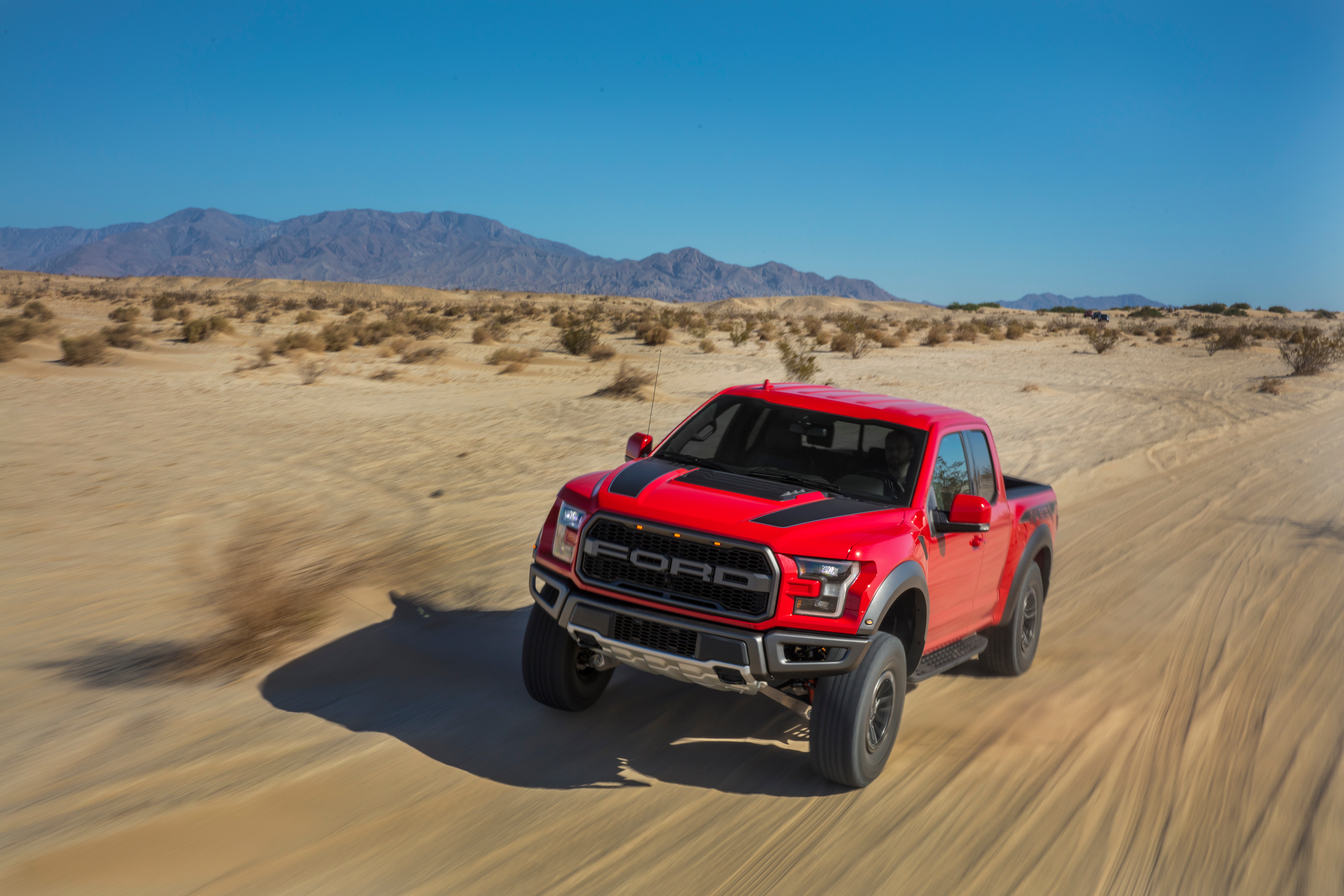 Could it still miss out on a V8 altogether?

There is a curveball in all of this speculation around a more powerful, V8-powered Raptor – it may be more powerful, but could still miss out on a V8.

In the USA the bigger F-150 Raptor doesn’t get a V8, instead it runs a 3.5-litre V6 turbocharged petrol engine making 335kW and 691Nm. Unfortunately, that engine looks off the table for the Ranger, but it could get a 2.7-litre turbocharged V6 good for 242kW and 542Nm. It’s reportedly already been tested in Australia as part of the T7 Ranger program. Whether it replaces the current 2.0-litre four-cylinder in the Raptor won’t be confirmed until closer to the new model’s launch.

Of course, that wouldn’t stop Herrod, Premcar or another engineering business offering a V8-powered Raptor. Because, as Ford itself admits, there’s a pent-up demand for such a potent ute.