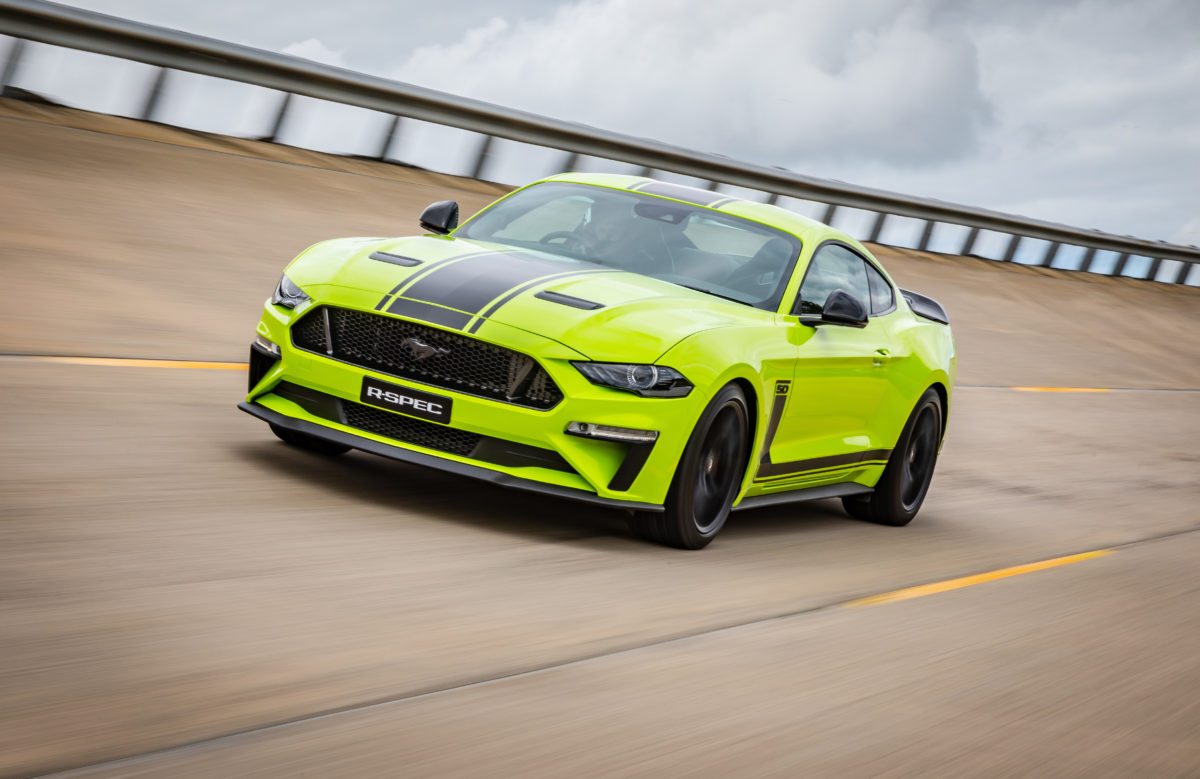 No Shelby? No problem.

The Ford Mustang has been a hit for the blue oval ever since it arrived in Australian showrooms. Unfortunately, one disappointment for Aussie muscle car fans is their inability to offer the more potent Shelby GT350 or GT500 ‘Stangs down under.

But, thanks to Ford Australia and Herrod Performance that’s no longer a problem. The two companies have joined forces to create the limited-edition Mustang R-Spec, an Australian-made high-performance coupe that packs a supercharged punch.

Only 500 examples of the R-Spec will be produced and all are likely to be snapped up by hungry fast Ford fans eager for something new since the demise of Ford Performance Vehicles.

Neither Ford nor Herrod has revealed official power figures for the R-Spec but it will use the same Ford Performance supercharger kit sourced from the USA, where it’s rated to take the standard 5.0-litre V8 from 339kW to a whopping 522kW with 830Nm of torque.

Other new additions include a Herrod Performance developed exhaust which features an Active Exhaust setting to switch between Quiet, Normal, Sport and Race Track modes. It’s not just more grunt stuffed into the Mustang, Herrod has also upgraded the handling with revised suspension settings. These include a unique tune of the MagneRide adjustable suspension as well firmer Ford Performance springs that drop the ride height by 20mm for a more purposeful stance.

“We’ve worked together to ensure that we have a consistent product that delivers a driving experience that meets the expectations of a factory-delivered product,” said Herrod Performance boss, Rob Herrod. “The R-Spec has to be great to drive, as well as delivering the added power and creaminess of the supercharger – it’s what customers expect, and what we have worked on as a team to deliver.”

Ford Australia President and CEO Kay Hart said bringing a more potent version of the Mustang to the Australian market has been a top priority for the company.

“We have been working hard with Herrod Performance to deliver a supercharged Mustang to Australian customers,” Hart explained.

“Now, working with Herrod Performance, we’ve been able to bring this special edition Mustang to Australian customers through our extensive dealership network, and with the peace-of-mind of five-year, unlimited kilometre warranties backed by Ford and Herrod.”

Production of the R-Spec are due to begin at Ford’s old Broadmeadows factory in January 2020. Each car will be individually numbered 1 to 500.

If it proves a success don’t be surprised to see Ford Australia and Herrod Performance team up for more special edition models.