Ford has made the GT even better

Ford has made the GT even better It was already Ford’s coolest car, but the blue oval has made the GT even more desirable.

The 2020 GT brings more power, a better exhaust as well as a tribute to the 1969 Le Mans winner. But, by far, the best new addition is this striking ‘Liquid Carbon’ finish that elevates the sleek lines of the racing-inspired supercar.

Under the bonnet the 3.5-litre twin-turbo V6 has been tweaked to bump power up to 492kW, a 10kW increase. There’s also a broader torque curve and new parts developed on the limited edition, track-only GT Mk II. A titanium exhaust system from specialist Akrapovic is now standard equipment too, for a nicer soundtrack.

Ford and Multimatic (the Canadian engineering and racing firm that is a partner on the entire GT project) have also altered the suspension settings for better handling. In ‘track mode’ the dampers are now firmer for better body control.

But the most obvious change is the introduction of a naked carbon finish. Dubbed ‘Liquid Carbon’ the fully carbon fibre bodywork is free from paint and instead gets a special clearcoat to allow the carbon weave to be on display. 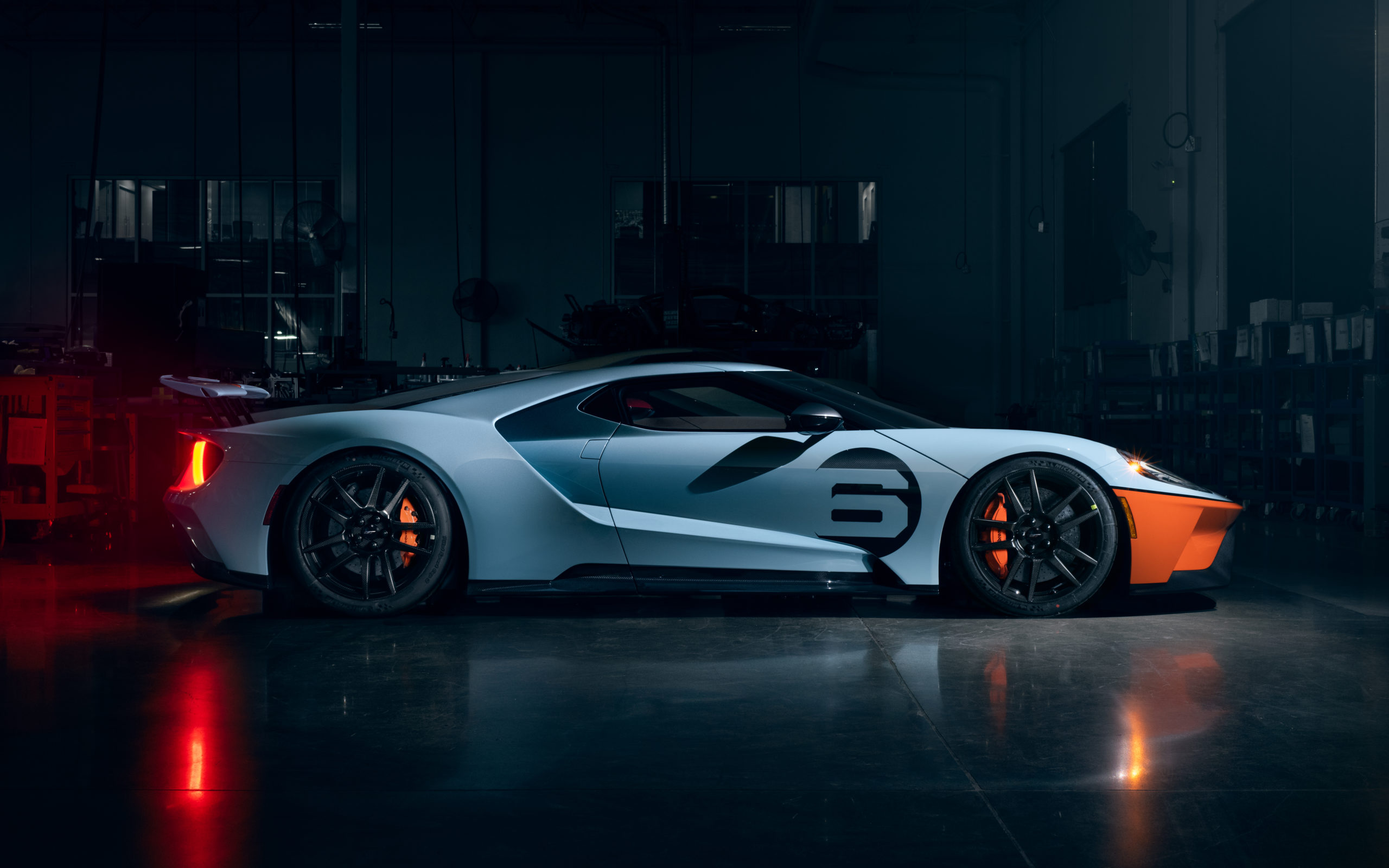 “This next chapter in the Ford GT story allows us to fully demonstrate our mastery in both the art and science of carbon fibre craftsmanship and finishing,” explained Angus Smith, general manager of Multimatic Niche Vehicles. “The results of this ongoing partnership between Multimatic and Ford Performance speak for themselves, as each visually stunning and unique Liquid Carbon GT is a manufacturing marvel, showcasing the characteristics and nuances inherent in carbon fiber composites.”

The Heritage Livery has also been changed for the 2020 model, it retains the classic sky blue and orange colours of the Gulf-sponsored GT40s but now comes with #6 (instead of #9). That’s in tribute to the 1969 Le Mans winning GT40 driven by Jacky Ickx and Jackie Oliver. For the first time the Heritage Livery can be optioned with carbon fibre wheels, made in Australia by Carbon Revolution.