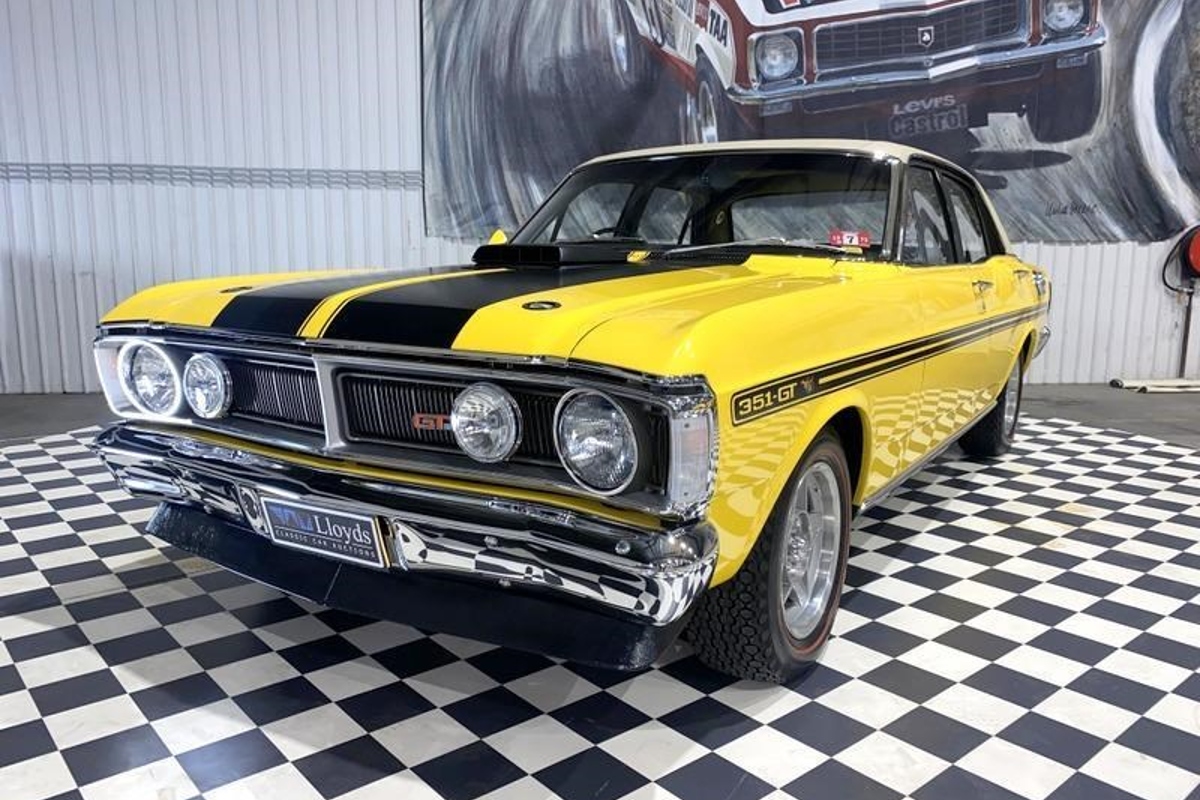 A 1971 Ford Falcon GTHO Phase III has reportedly sold for $1.3 million at this weekend’s Lloyds Auction, setting what is believed to be a new record price for the model. The previous record for the blue oval’s homologation special was only set in February this year, when a blue example sold for $1.15m.

The result isn’t surprising with pre-auction estimates tipping this ‘71 model could go for as much as $1.5m given its excellent condition and rare specification. It’s one of only 12 finished in ‘Yellow Glo’ and comes with a contrasting beige vinyl roof.

It’s amazing condition for a 50 year old car thanks to care and attention from previous owners. It won the ‘Classic Grand Tourer’ trophy at the 2003 GT Nationals. More recently it was runner-up at the ‘Best Restored Phase III’ category at the 2019 GT Nationals in Adelaide.

Auction prices for Australian muscle cars have been at record levels all year as collectors snap up locally-made vehicles now Holden has disappeared and Ford has long ceased local production. Last month one of only four Falcon GTHO Phase IV traded hands for “just under $2m”, which is little surprise given the history.

It’s not just classics either, with a 2017 HSV GTSR W1 Maloo selling at a January Lloyds Auction for a then-record $1.05m for an Australian production car. This was one of just four utes built with the Corvette-sourced ‘LS9’ supercharged V8s used in the final HSV models.

At the same auction a VF Commodore SS-V Redline, which is believed to be the last model down the production line, sold for $750,000.