Five facts about McLaren’s most extreme machine yet

Five facts about McLaren’s most extreme machine yet

McLaren has paid tribute to its founder, Kiwi F1 ace Bruce McLaren, in the most appropriate way possible – by building its fastest and most extreme road car yet.

Called the Elva, the latest member of the Ultimate Series model, joining the P1, Senna and Speedtail, at the pinnacle of the British brand’s line-up. That means it makes the awesome 720S look positively pedestrian.

Here are the key details you need to know about the new supercar. 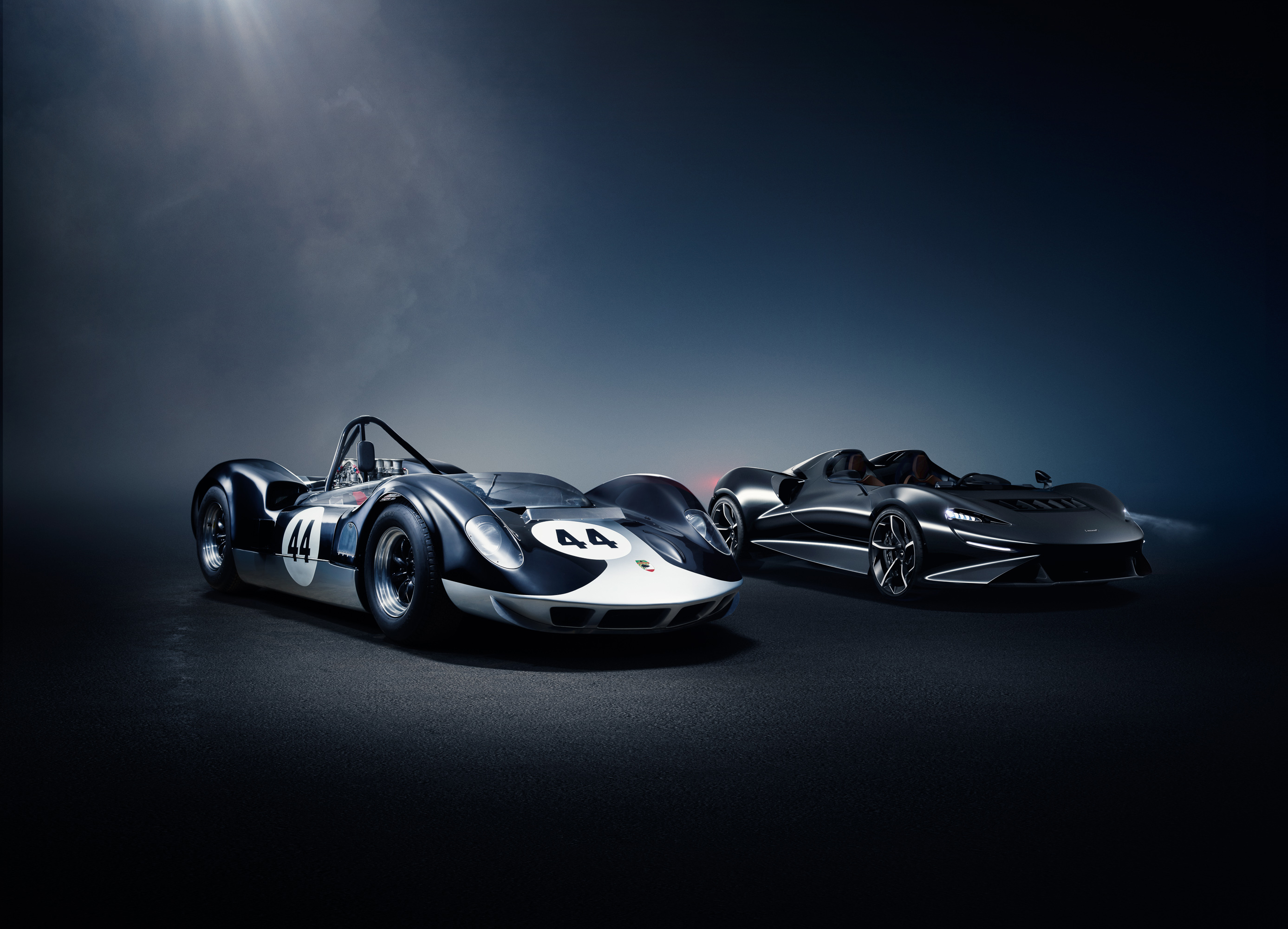 The McLaren Elva is an open-top roadster that has been inspired by Bruce’s 1960s racing cars that shared the same name. Bruce built and raced the McLaren-Elva M1A, M1B and M1C during the peak of his career and in some respects they are the closest relatives to modern McLarens road cars.

“McLaren continues to push the boundaries of supercar and hypercar development in pursuit of outstanding and unparalleled driving experiences for our customers and the McLaren Elva epitomises that pioneering spirit,” explained McLaren Automotive CEO, Mike Flewitt.

“The McLaren-Elva M1A [Mk1] and its successors are in many ways the true spiritual forerunners of today’s McLarens – superlight, mid-engined cars with the highest levels of performance and dynamic excellence. It’s fitting that the new McLaren Ultimate Series roadster – a uniquely modern car that delivers the ultimate connection between driver, car and the elements and with that new heights of driving pleasure on road or track – acknowledges our rich heritage with the Elva name.”

It’s the lightest McLaren yet

Funnily enough ditching the roof and windscreen saves a lot of weight. As does building the chassis, body and seats out of carbon fibre. McLaren claims it’s the lightest road car the company has ever built, but haven’t said exactly how much it weighs.

The design is remarkably similar to the original Elva Mk1, with its pointed nose, sharply sculpted front wheel arches and shrink-wrapped rear bodywork.

McLaren Automotive Design Director, Rob Melville, explained the philosophy behind the design of such an uncompromising road car.

“Our mission with the McLaren Elva was to create an open-cockpit, two-seat roadster that delivers the most elemental of driving experiences,” he said.

“Formula 1-inspired shrink-wrapped volumes create a technical sculpture that is as striking as it is remarkable, the exterior flowing into the interior in a stunning example of a new and unique McLaren ‘blurred boundaries’ design principle that has allowed us to seamlessly bring the outside in, to further enhance driver engagement while remaining true to our philosophy of making no compromises.” 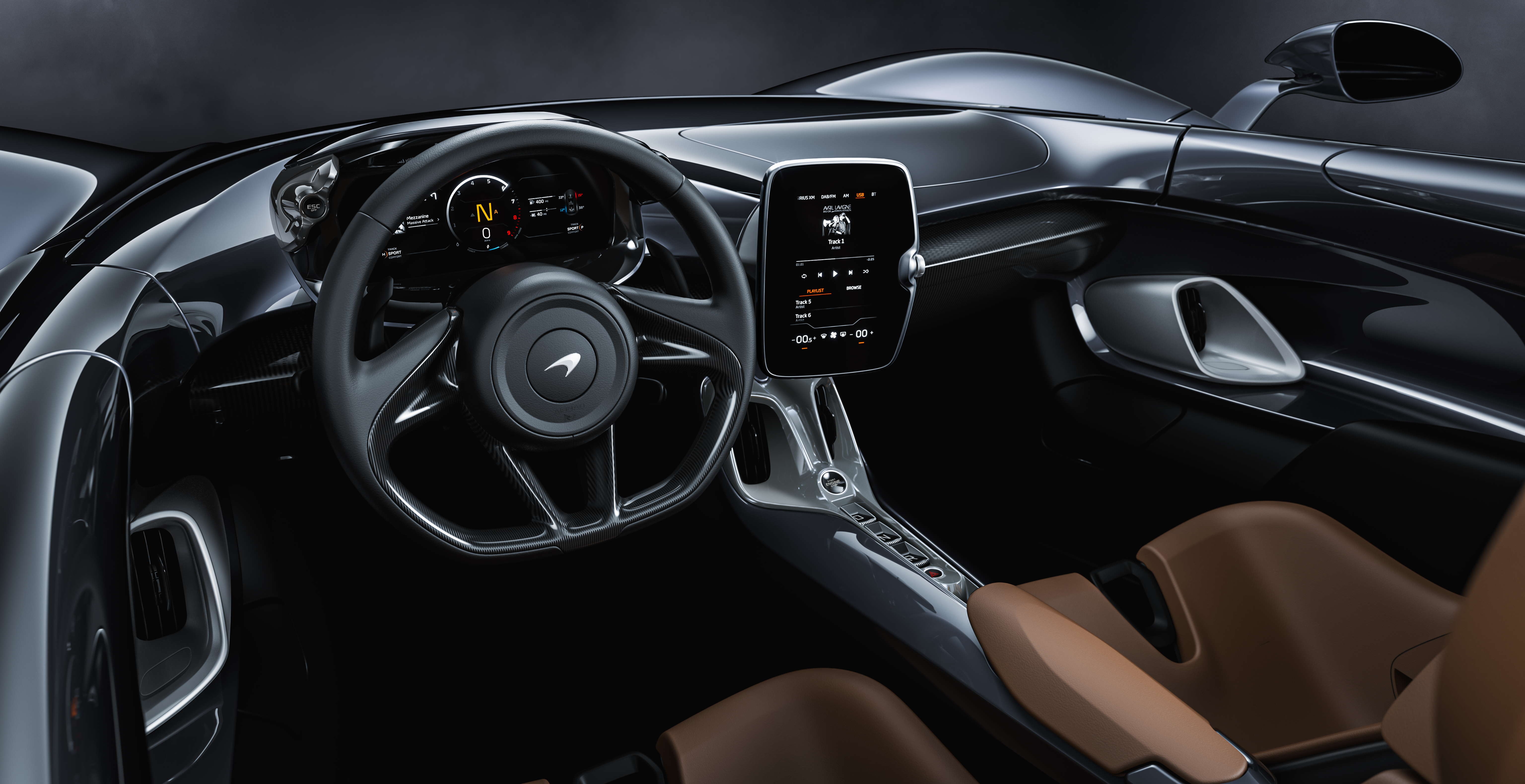 It has a virtual windscreen

While it may be based on a racing car, McLaren has designed his modern Elva to be legal on the road, despite its open cockpit.

To ensure the occupants don’t get blown away when the Elva launches from 0-100km/h in less than three-seconds, McLaren has invented a system to channel air across the car in such a way as to create a virtual windscreen.

Dubbed Active Air Management System (AAMS) it works by sucking in air across the nose of the car and channelling it out of the front clamshell at high velocity ahead of and above the cabin, thereby creating what it calls a “bubble of calm” to the driver and passenger.

To keep the driver feeling connected to the road the system doesn’t operate at low speeds, instead it automatically actives as you go faster and the need to deflect the wind becomes more necessary.

It has the same V8 as the Senna

Like all McLaren’s the Elva is powered by a twin-turbo V8, specifically the same 4.0-litre unit you’ll find in the track-focused Senna. That means it’s good for a whopping 597kW of power and 800Nm of torque. It’s paired to a seven-speed dual-clutch transmission that sends that grunt to the rear-wheels.

McLaren is cagey with performance times, only saying it can manage 0-100km/h in “less than three-seconds.” Given the Senna could already run 0-100km/h in just 2.8-seconds our money would be on a very similar time, while McLaren has admitted it will beat the Senna in the 0-200km/h acceleration test. It manages that feat in just 6.7secs, a 0.1-sec improvement over its hard-top sibling. 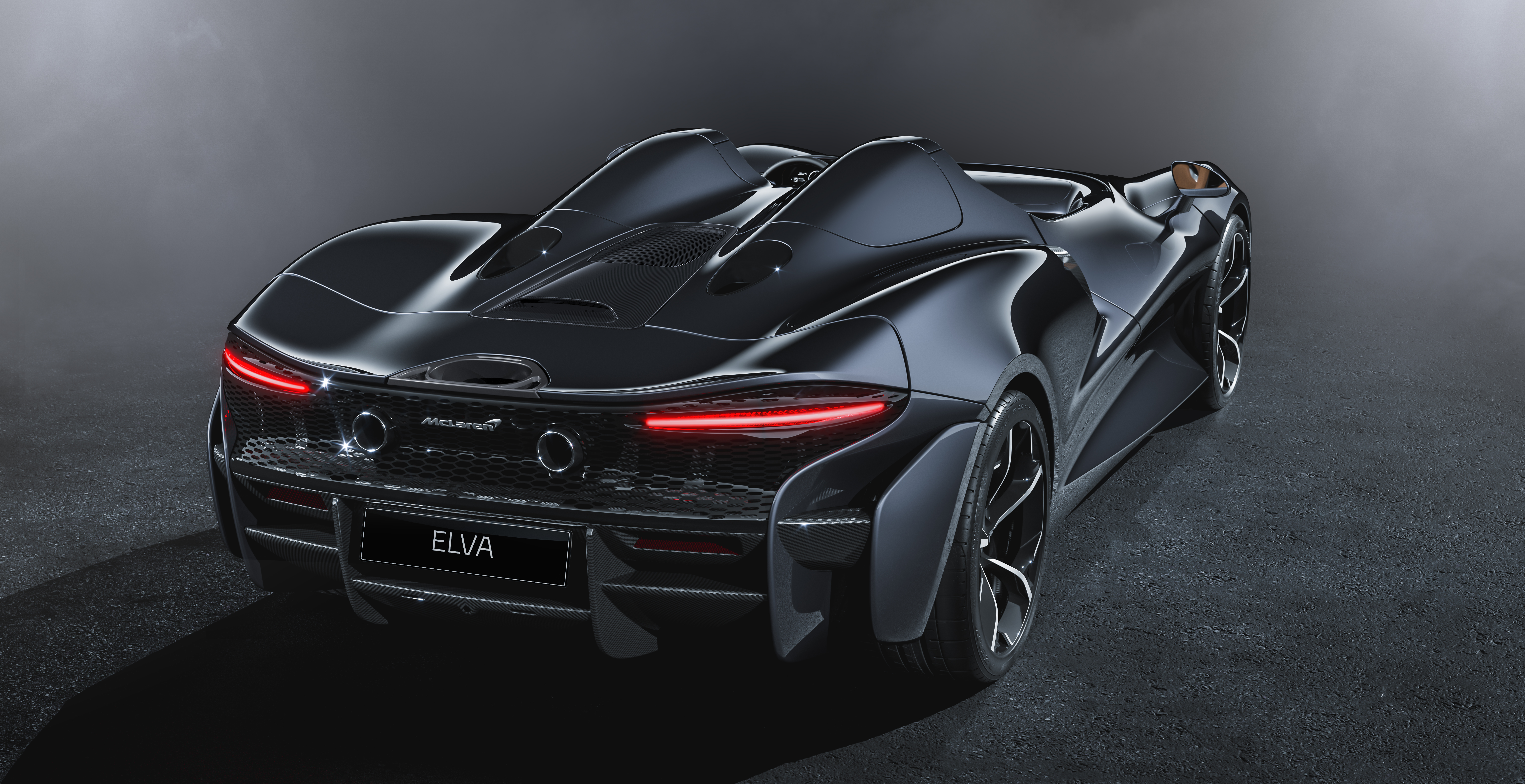 It will be a collector’s item

Despite an eye-watering asking price of £1,425,000 (that’s $2.69mAUD at current exchange rates) don’t expect McLaren to have any trouble selling the Elva. It has announced it will only build 399 examples of the roadster, so they are likely to be snapped up by collectors at a rapid rate.

And that price is only the starting point. McLaren says the final amount customer’s pay will depend on how much personalisation they add if they send it through the McLaren Special Operations department that allows a seemingly endless array of customisation.