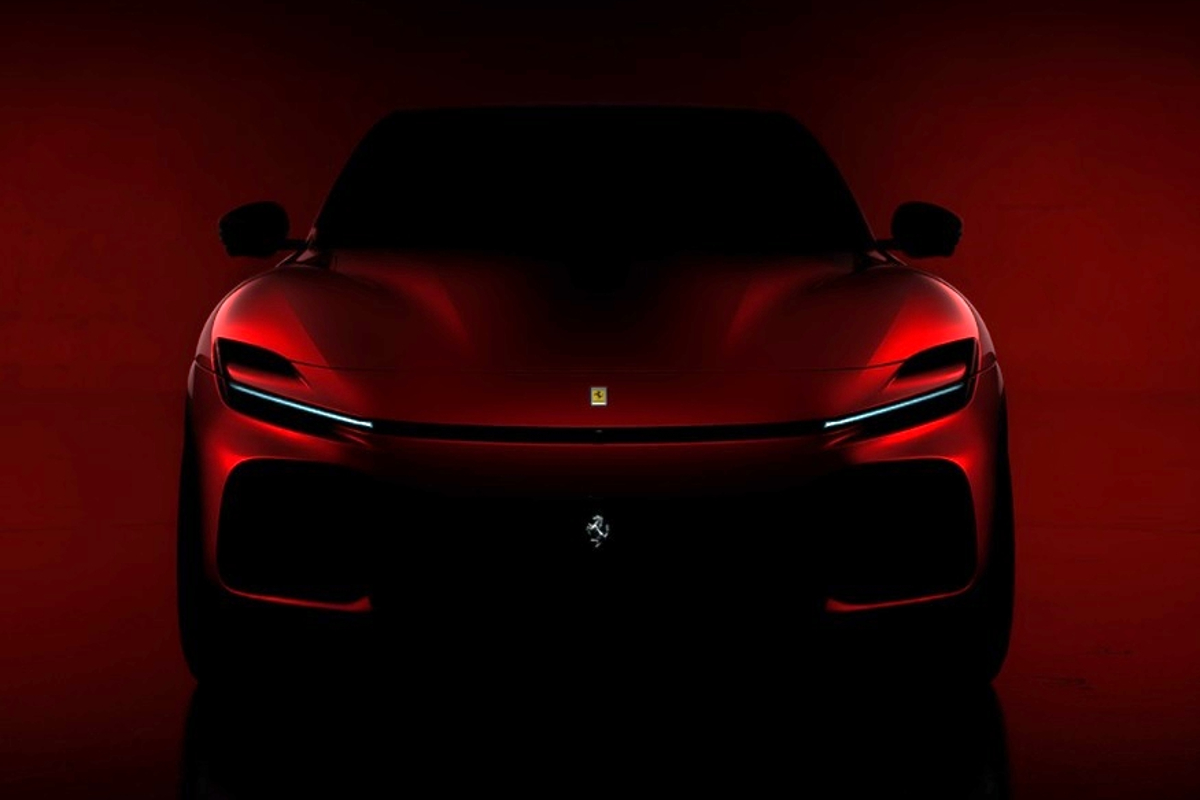 Ferrari has finally given us our first official glimpse of its long-awaited and highly-controversial SUV, the Purosangue. A single shadowy image of the new family-friendly Ferrari was published on the Italian brand’s Instagram page showing the front of the new model.

We’ve lightened the image to give a better look and it shows the model has clear Ferrari styling on the upper surfaces but the size of the lower bumper and intakes gives away the size of the new model.

The caption alongside the image read: “You’ve heard the rumours… and we’re delighted to confirm they’re true (some of them). All will be revealed later this year.”

The Purosangue is set to enter production by the end of 2022, so expect the full reveal to come in the next few weeks or months as Ferrari will want to prepare people for its inevitably very different size and door count. Ferrari has never offered a production four-door model but it’s widely expected that the Purosangue will change that.

The Purosangue, which is Italian for thoroughbred, has been a long-time coming, with the late Ferrari chief, Sergio Marchionne famously against diluting the brand only to reconsider and green light the project in the face of the inevitable sales and profit growth it will bring.

Given Ferrari’s obvious rivals, Porsche, Lamborghini, Aston Martin, Bentley and Rolls-Royce, have all added SUVs in recent years it seems the idea of a supercar brand with a high-riding station wagon is the new normal.