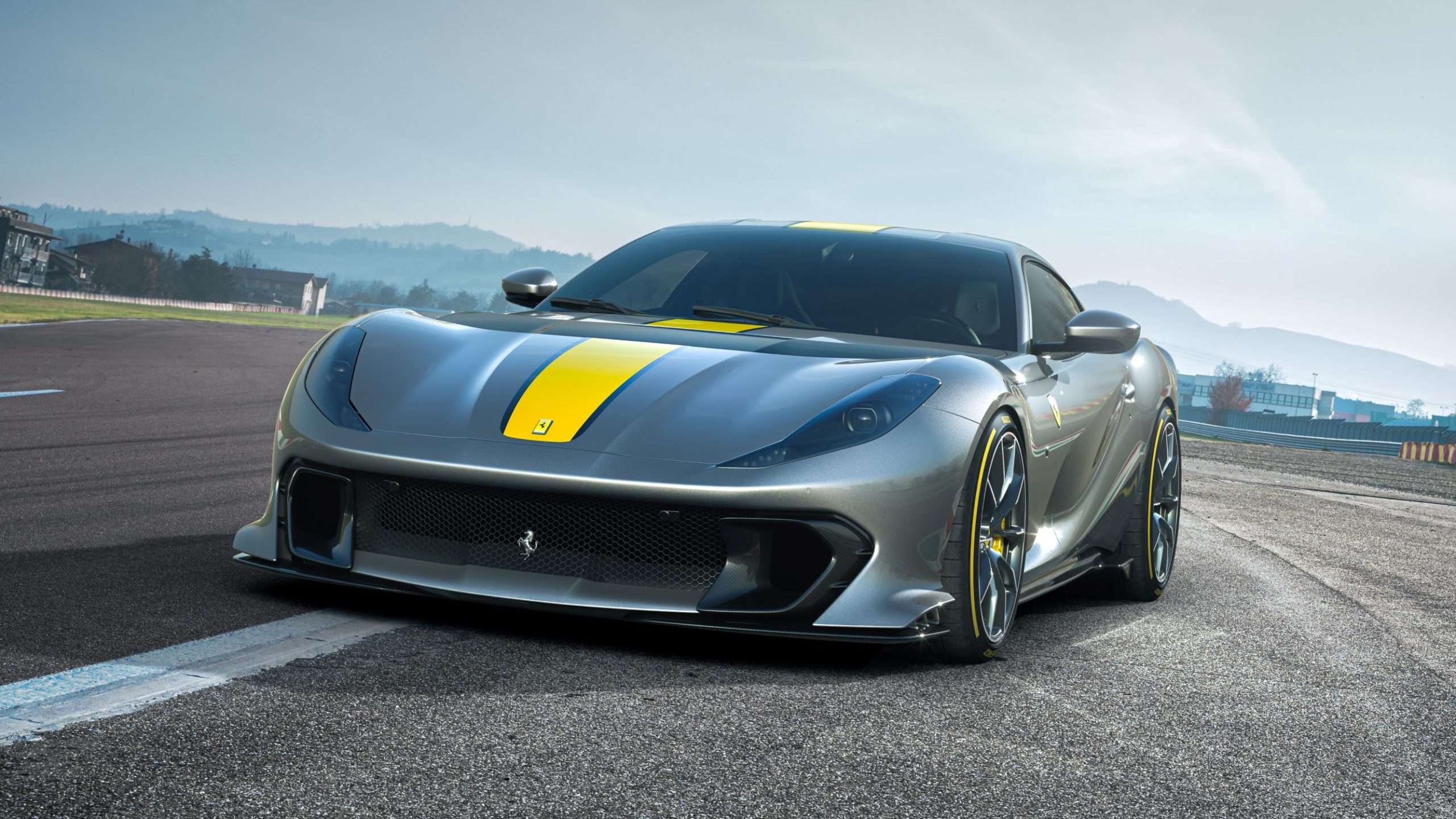 Your V12 Ferrari not fast enough? Well, the Italian brand has a solution.

Ferrari has unveiled its latest pair of limited-run models overnight, boasting more power and redesigned aerodynamics to take performance to the next level.

Underneath the bonnet the 6.5-litre V12 has been modified and improved, with new conrods, pistons, crankshaft and cylinder heads. Of special note, the conrods are now made of titanium instead of steel which reduces weight by 40 per cent. The net result is more power at higher revs, with the 812 Competizione pair making 610kW and 692Nm of torque (compared to 588kW/718Nm on the ‘standard’ 812 Superfast), with peak power not arriving until 9250rpm – and the redline arriving at 9500rpm. That makes it the highest-revving road car in the brand’s history.

However, even Ferrari is not immune from Europe’s ever stricter emissions standards, so the 812 Competizione has to add a petrol particulate filter (PPF) to its exhaust system. These devices, while good for the environment, typically mute the exhaust note of a car. So Ferrari completely reworked the exhaust and added a new tailpipe that it claims “reinstates the medium-high frequency” otherwise muffled by the PPF, ensuring it still has a suitable Ferrari V12 soundtrack.

While the upgraded engine helps it go faster – 0-100km/h comes up in just 2.8 seconds and you’ll hit 200km/h in just 7.5 seconds – Ferrari wanted the Competizione to handle better too. So, to that end, the company completely redesigned the aerodynamics resulting in a car that has a similar silhouette to the one it replaces but very different details. Starting at the front there’s a new lower bumper that takes the Superfast’s separate engine and braking intakes and integrates them into a singular opening. The hot air under the bonnet is expelled through the new ‘blade’ that runs across the bonnet, as well as vents behind the front wheel arches. Ferrari claims this both increases aerodynamic efficiency but also improves cooling to the engine.

Brake cooling was another area of focus, with the engineers using the ‘Aero’ calliper that debuted on the SF90 Stradale, which features an air-intake actually integrated into the casting of the calliper itself. A knock-on effect of this change is it allowed the designers to extend the underbody, which in turn helps generate more front downforce.

At the back of the Competizione there’s a taller spoiler on the bootlid and a huge rear diffuser that runs almost the entire width of the car. But the more obvious change is the rear windscreen, or to be more accurate, the lack of a traditional rear window. Ferrari’s aerodynamicist has instead added three pairs of vortex generators that work in tandem with the underbody aero and thus improve downforce at the rear, balancing it with the front end. Ferrari 812 Competizione and 812 Comeptizione A

While this works on the coupe, for the 812 Competizione A the designers have added a bridge element between the flying buttresses, which the company claims helps distribute air to the rear spoiler to such a degree that the Targa-top has as much downforce as the hard-top.

A major new element for the Competizione duo is the introduction of independent four-wheel steering. It combines with the existing electronic differential and F1-inspired traction control system to improve handling both on the road and track. 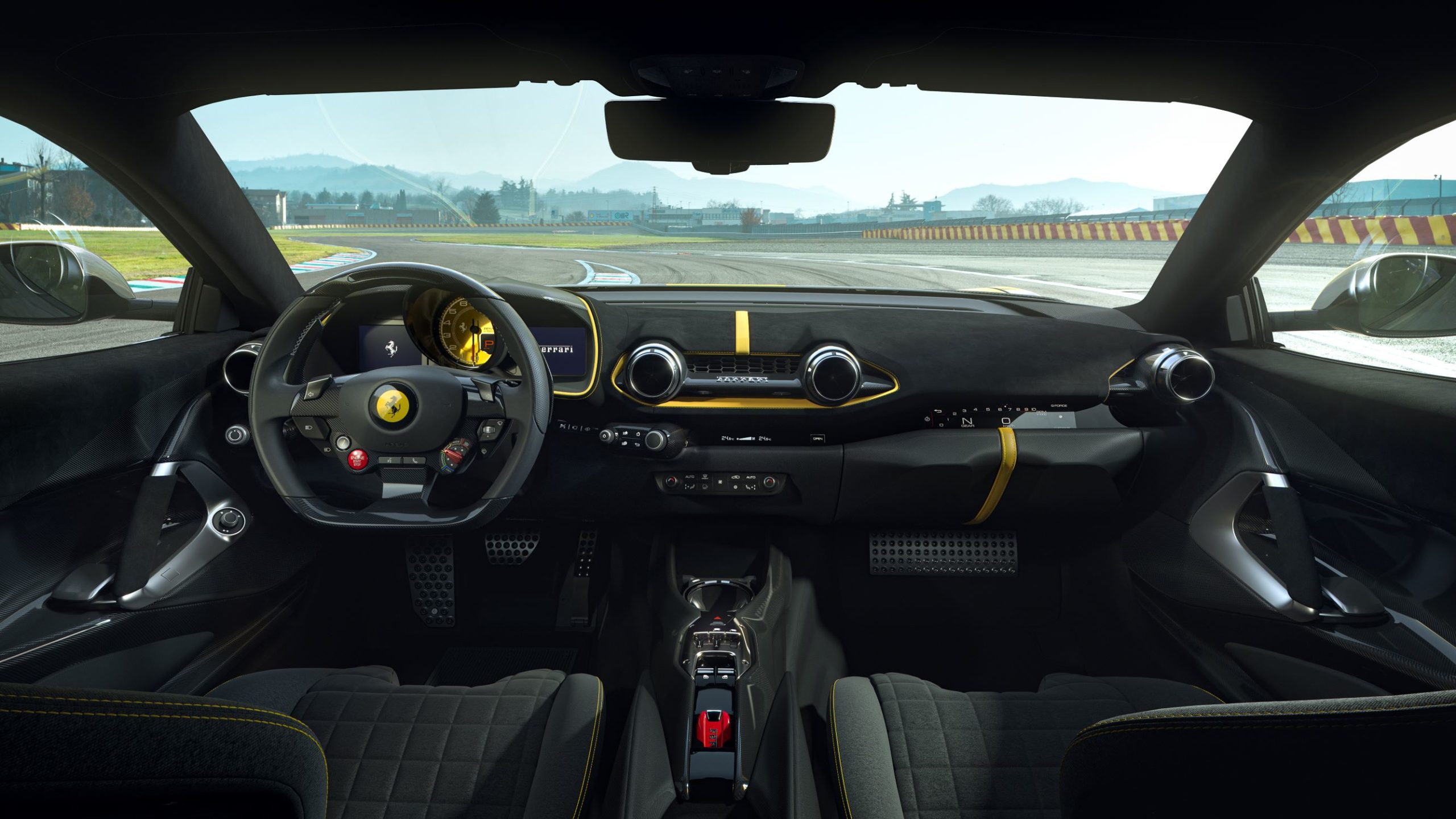 The new model rolls on new Michelin Cup 2R tyres developed especially for the Competizione. They wrap around carbon-fibre wheels, which is a first for a V12-powered Ferrari production car. These weigh 3.7kg less than the already lightweight, forged rims on the 812 Superfast.

Thanks to all these changes Ferrari managed to strip 38kg of weight from the car overall.

Ferrari claims the 812 Competizione laps its Fiorano test track in 1m20secs, which is only just shy of the 1m19sec laps set by the SF90 Stradale and LaFerrari mid-engine, hybrid supercars.

If this all sounds good to you and you’d like to add one (or both) to your garage, there’s a catch. All 999 examples of the coupe and 599 convertibles have already been sold-out.