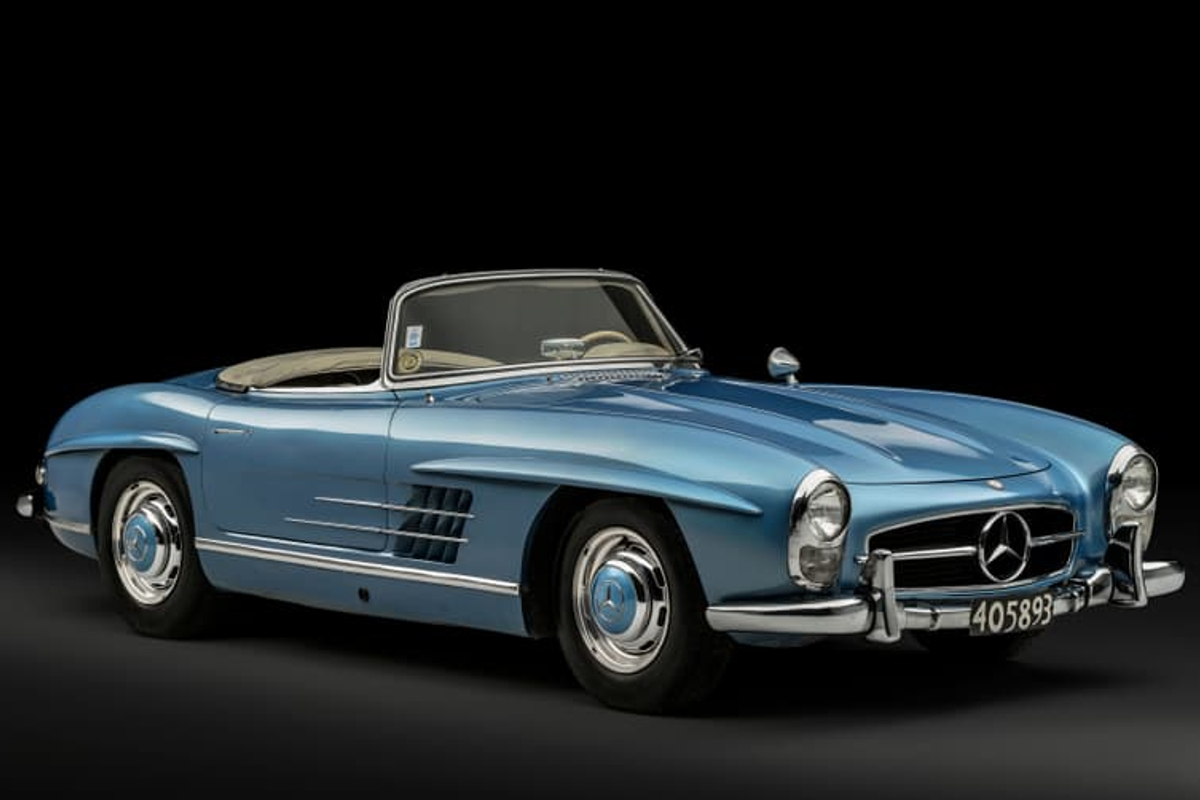 A 1958 Mercedes-Benz 300 SL Roadster is already a million dollar classic (at least), but adding in one very famous owner and you could be looking at one of the most expensive examples ever sold.

That’s because this is the 300 SL Roadster of Juan Manuel Fangio, the five-time Formula One world champion, and the man considered by many to be the greatest driver of all-time. The car, finished in Metallic Light Blue with cream leather interior, was a retirement gift from the German brand to the Argentine driver in 1958, presented to him at The Dorchester Hotel in London.

Fangio clearly enjoyed the gift and didn’t hide it away, over the years he reportedly put most of the 72,951km on the odometer. This included a driving tour of Europe straight after his retirement in his new role as a Mercedes-Benz ambassador, as well as a similar trip around South America when he returned to his homeland in 1960. Over the years in Argentina Fangio was often seen behind the wheel of the 300 SL and his namesake nephew, Juan Manuel Fangio II, has fond memories of the car.

“That car marked my childhood, it is a car that awakened special feelings in me,” Fangio II said. “That car identified my uncle after his retirement. It occupied a preferential place among all the vehicles he had, not only because of the characteristics it had, but also because of the importance it gave having been a gift from Mercedes-Benz.”

In 1986 the car went on permanent display at the Juan Manuel Fangio Museum and remains in the same condition El Maestro left in it before his death in 1995. That means a unique gear knob that Fangio installed but also cracked leather on the seats from all those years in the Argentinean heat and the thousands of miles Fangio drove it.

The car is now up for sale through RM Sotheby’s and will be sold at its upcoming March sale event. There’s no reserve price publicly available, but given its heritage (not to mention its matching chassis and engine numbers) it’s safe to say this is likely to be the most valuable Mercedes-Benz 300 SL Roadster in the world.