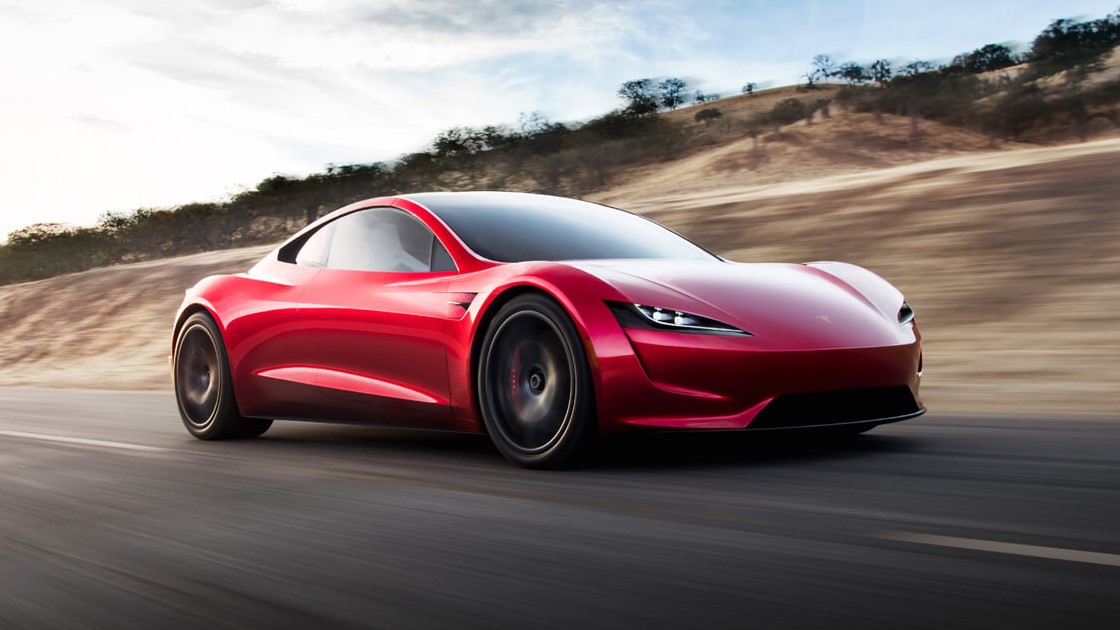 The company claims the new Tesla Roadster will launch 0-60mph in just 1.1 seconds

The Tesla Roadster has had a slow gestation, but when it does arrive the electric sports car should be fast – very fast.

At least according to Tesla boss, Elon Musk, who recently tweeted that with the optional ‘SpaceX Rocket Thruster’ package – which will reportedly add 10 small thrusters to the car, the new Roadster will run 0-60mph (0-98km/h) in just 1.1 seconds. Not only that, but Musk claims it will actually lift-off.

“This will actually be able to fly very briefly,” Musk wrote in a tweet. “I always laughed at flying cars & now making one.”

In another tweet he said the acceleration will be “very intense” and warned it would “probably [be] not wise for those with a medical condition” to experience.

This is above the standard Roadster, which already had a claimed 0-100km/h target time of 2.1 seconds. It will also, in theory, boast more than 10,000Nm of torque and have a top speed of more than 400km/h.

“The point of doing this is to give a hardcore smackdown to gasoline cars,” Musk said at the unveiling.

He added it would be the “fastest production car made. Period.” Tesla first revealed the Roadster in November 2017, as part of the launch of the company proposed ‘Semi’. Neither the sports car nor the truck have reached production yet, despite both originally being scheduled to hit the road in 2020.

Musk admitted earlier this year that the Roadster production has been delayed by at least 12 months, but there’s no clear timeframe when it will actually make production – and have to live up to its bold claims.

The Roadster will use the new tri-motor ‘Plaid’ powertrain, which is set to debut in the new Model S sedan sometime in 2021. This new three motor set-up features one motor on the front axle and two on the rear and has been developed to take on the likes of the Porsche Taycan and Audi RS e-tron GT.

As impressive as the Roadster sounds, it will need to match the claims as electric sports cars have become big business for major car makers. High-profile new entries will include the Lotus Evija, Rimac C_Two, Pinifarina Battista and even Ferrari is planning an EV supercar to arrive by 2025.

If you can’t wait for the real Tesla Roadster, you’ll soon be able to get your hands on the Matchbox version.