Will Davison in his DJR Ford Mustang

Dick Johnson Racing star Will Davison is no stranger to cars. He grew up in an Australian motor racing dynasty that includes his grand-father, father, uncle, brother and cousin.

So what does he like away from the track? Well, Torquecafe asked him to fill his dream garage and his three-car line-up has a heavy Ford flavour with an Italian twist. 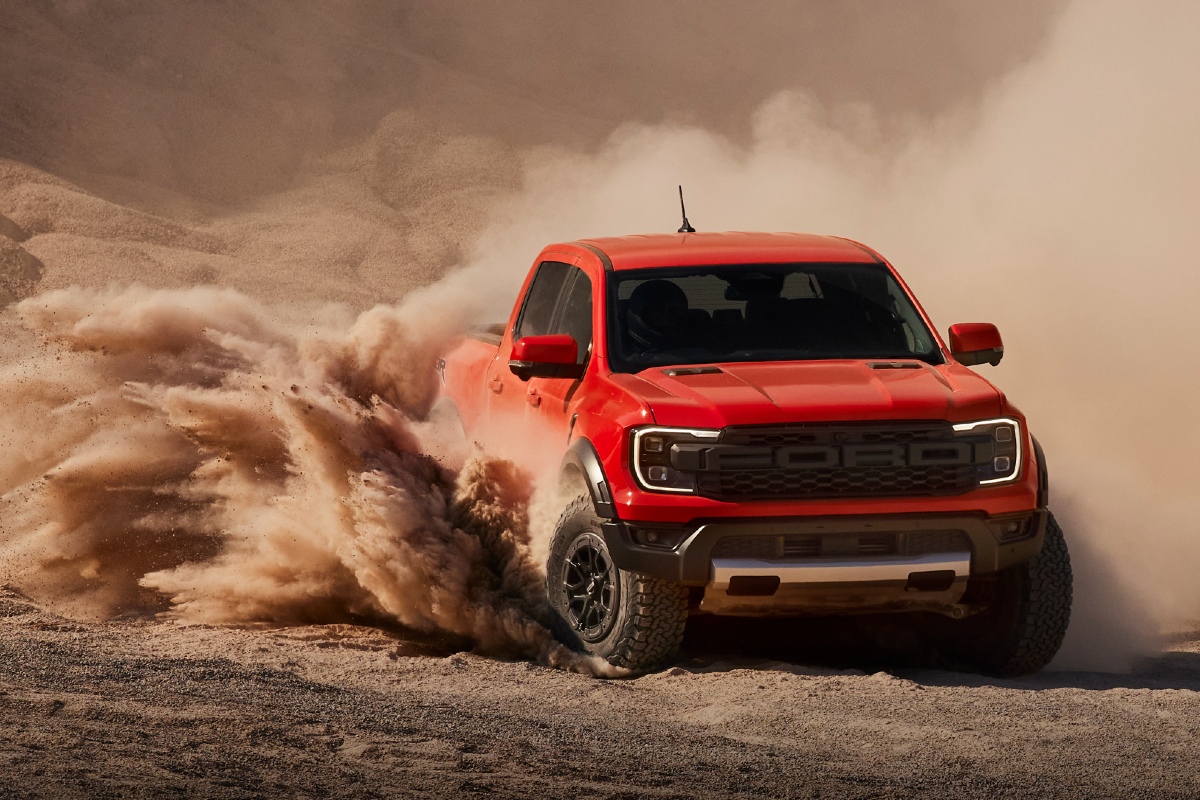 Davison is happy with the practicality of his Ford Ranger Raptor

Not surprisingly for a blue oval backed Supercar star, Davison opts for the flagship Ranger Raptor. At the time of the interview the latest model wasn’t unveiled, but it’s fair to say Davison would likely find the new, more powerful 3.0-litre V6 twin-turbo petrol engine model even more appealing than the out-going 2.0-litre twin-turbo diesel four-cylinder.

“I’m pretty practical with my everyday cars,” he says. “Something comfy, that you can fit your bikes in.” This is another unsurprising but very nice choice. Unsurprising because growing up around motor racing in the 1980s and early 1990s Ford’s fire-breathing Sierra Cosworth was the dominant car on the track.

“That was just a car I loved as a kid,” Davison says.

The biggest names in the sport including Dick Johnson, John Bowe, Glenn Seton and even Peter Brock raced the Sierra, making it an iconic model for any die-hard race fan. The Ferrari FXX-K is a dedicated track hypercar

Given Davison has driven everything from a Formula Ford to a Formula 1 car, he has a good idea of what makes a great track car. So his decision to pick Ferrari’s ultimate road car-based model makes perfect sense.

The FXX K was based on the LaFerrari hypercar, a V12 hybrid that was already mind-blowingly quick. But for the XX program, a special series of track-only models Ferrari builds for its most wealthy and loyal clients, everything on the LaFerrari was turned up to 11.

The FXX-K is powered by a 722kW V12 petrol engine with a KERS-style electric boost. It weighs just 1165kg and has more than 500kg of downforce at 200km/h thanks to its wild-looking aerodynamics.

Davison admits he loved cars from the Italian brand growing up and seeing the FXX-K in action strengthened that affection.

“I used to think F40 and Testarossa, but the only thing that’s properly blown my mind is seeing those [FXX-K] things burning around Fiorano.”