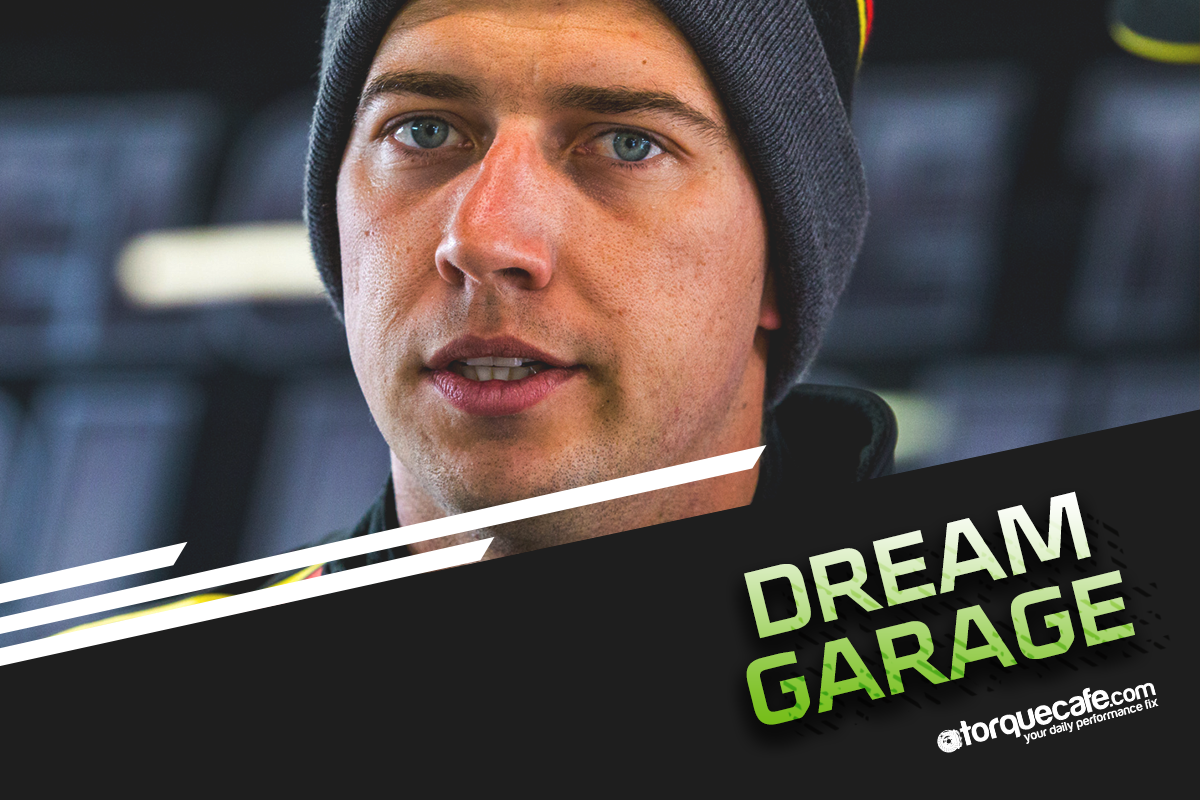 Brace yourself, because Chaz Mostert’s Dream Garage will surprise you.

You’d think that a young Supercars star who has spent his career racing Fords and has a BMW factory contract in his back pocket would be into the latest and greatest sports cars from the big brands. Instead, the newest car in his fantasy driveway is 18-years-olds.

That’s because Mostert appreciates cars in a different way to many of his peers. His cars don’t need to be the newest or the fastest, instead he wants an emotional connection or a technical interest. Yes, that’s right Mostert’s ideal daily is a 31-year-old Japanese hatchback. It’s because it’s his first proper car (his actual first car “wasn’t long lived) so he feels a strong emotional tie to this one, which he still owns and drives.

The ‘88 Civic isn’t powerful or fancy, but it’s not about that for Mostert.

“It’s got no horsepower, in fact it loses about 10hp with the air-con on, but it’s a roundabout killer.”

For Mostert this is the car that started him on his motoring journey, which is why it’s so special to him.

“It shaped me into the driver I am today,” he says.

You might think Mostert would pick a new BMW M8 or a Chevrolet Camaro ZL1 (in deference to his employers), but once again his decision isn’t to opted for the newest or the fastest.

“I’m not an expensive type of guy,” he says.

But his choice is no less impressive than anything newer or shinier. The final generation FD Series RX-7 is a cult favourite amongst enthusiasts. The last in a long line of RX-7s that helped define the Japanese sports car culture in Australia.

Mostert’s pick is specific too, he wants the limited edition Bathurst R, which got adjustable dampers to go with its 206kW turbocharged rotary engine, in honour of his domination of the Bathurst 12-hour in the 1990s.

“I’ve always been a fan of rotaries, just because it’s so left-field,” Mostert explains. “I did my apprenticeship as a diesel mechanic so when I learned how rotaries work I was really interested in them.”

Then there’s the classic, smooth lines of the FD RX-7 which looked so good carving its way around Mt Panorama.

“The shape for me is just something else, you just don’t get sleek cars like that made anymore,” he says.

And this won’t remain a dream for Mostert, either: “I’m going to get one in the next couple of years.” In keeping with his love of the rotary engine Mostert’s ultimate track day weapon is perhaps the ultimate rotary car. The 787B was the first rotary and the first Japanese car to win the 24-hours of Le Mans in 1991. Measuring 2.6-litres in capacity the four-rotor engine wasn’t the fastest car at Le Sarthe, but it was the loudest and it proved the most reliable.

“I would love to drive one, one day,” Mostert says. “This is my dream garage and I’d love to have one to roll out for track days.”

Mazda only built three 787B during its racing career, but given its importance the winning car has been meticulously maintained by brand and is still in perfect working order. So maybe Chaz will get his dream one day…