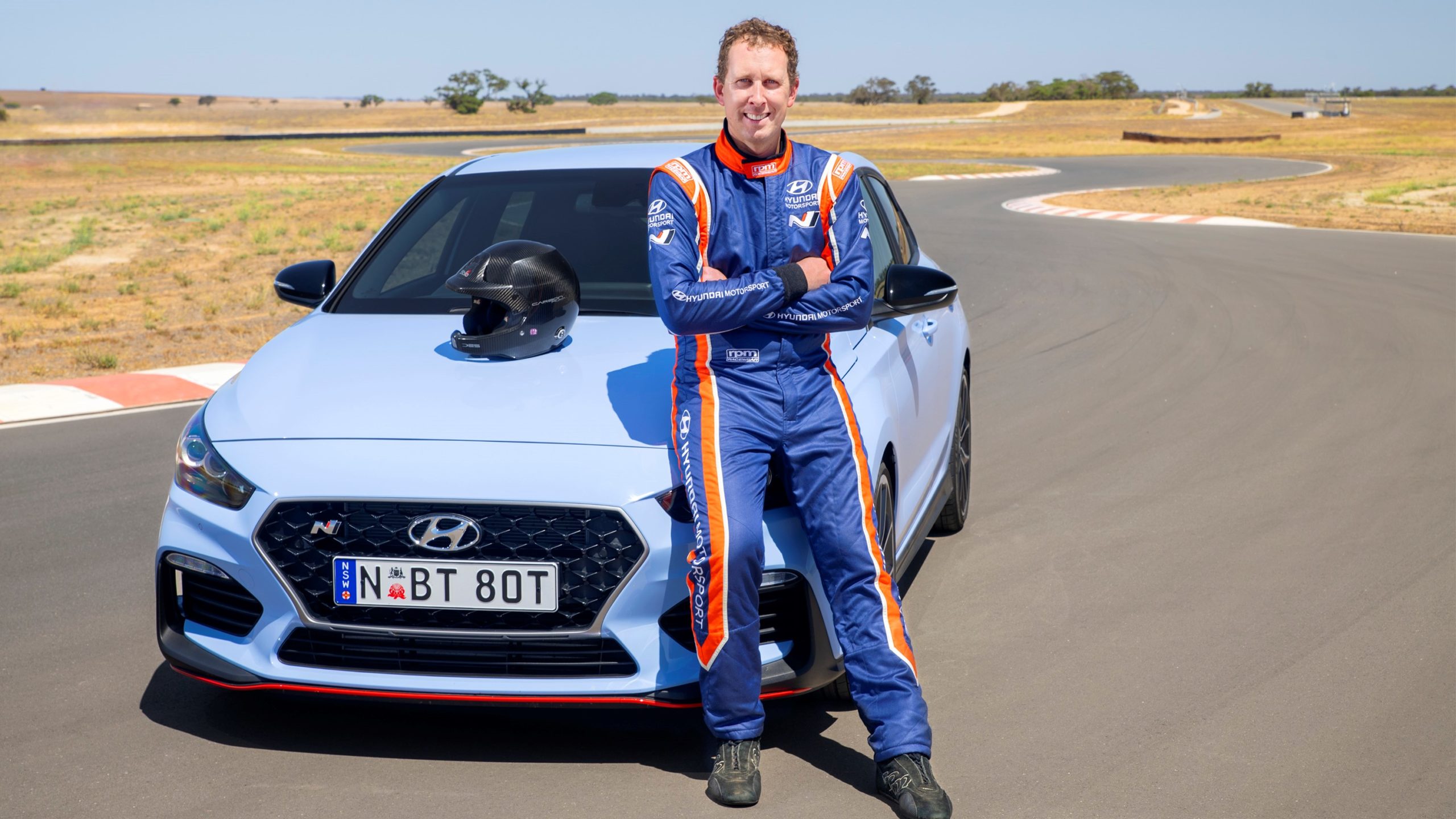 Brendan Reeves with his Hyundai i30 N.

There are two family businesses for the Reeves – earth moving and rallying.

Father, two sons and one daughter have all competed in Australian rally competition, when they aren’t driving trucks and excavators.

Brendan is currently the most prominent with his role as factory driver for Hyundai Australia’s motorsport program. In 2019 he and his co-driver sister, Rhianon Gelsomino, finished an impressive sixth in class in the GT2 class at Targa Tasmania in a Hyundai i30 N. Thanks to his role with Hyundai Reeves when he’s not driving his family’s earth moving trucks, he’s behind the wheel of an i30 N road car. So, not surprisingly, it’s his choice as a daily driver with its combination of performance from its 202kW turbocharged engine and its excellent chassis – all for $40k. But Reeves’ favourite element is its adjustability of the various modes for the engine, exhaust, suspension, etc all selectable via the central touchscreen.

“I love that for a bargain price it has everything you need,” he says. “I love N Custom mode, I love the crackle and pop of the Sport exhaust but I like the Normal suspension on the road so you can adjust it anyway you want. I’m used to working on cars in the workshop but you can just press a button in the N so it’s really great.”

Asked to pick between the i30 N hatch and the liftback-style i30 Fastback N, Reeves opts for the latter for practical reasons. Like most rally drivers Reeves has a fondness for the Group B rally cars of the 1980s. The Italian machine is one of the most evocative, complete with its iconic Martini livery it has a special place in the heart of any true rally enthusiasts.

Capable of producing a claimed 373kW (500hp) from its supercharged and turbocharged engine, but weighing on 890kg and utilising all-wheel drive, the Delta S4 was a beast. It was love at first sight for Reeves.

“When I did the Bologna Motor Show in 2011 that was the only time I’ve seen one in person and it absolutely blew me away,” he says. ““I’ve always wanted to one of those Group B monsters in the shed. If money is no option!” While the Australian Rally Championship remains his career goal, this year Reeves made one of his dream cars a reality. A Datsun fan since childhood, Reeves and his team built a ‘71 1600 for the Alpine Rally (and other events in the future) that kept the classic look and layout of the old rear-wheel drive rally car but featured modern technology. The result he calls ‘Datzilla’.

Powered by an SR20 four-cylinder engine, mated to a Hollinger six-speed sequential gearbox and all housed within a car weighing just 1040kg thanks to a carbon fibre bonnet and other fibreglass panels. It also features the latest coilover suspension from MCA, a full MoTec electronic system and LED lights to save energy and weight.

“The idea was to bring some modern technology into the older car,” Reeves says. “It has about 200hp at the wheels, which isn’t a lot but it revs hard and sounds amazing. The lighter you build the car it’s like cheap horsepower, plus its easier on the tyres and the brakes.”

While he admits he needs to do some fine-tuning to make Datzilla live up to its full potential it already has a special place in his Dream Garage.