This is the Dodge Charger Daytona SRT Concept – and it could be the future of muscle cars.

It’s the American brand’s preview of the next-generation Charger and Challenger models, which will ditch the ‘Hellcat’ supercharged V8 engine for the new ‘Banshee’ electric powertrain. Dodge has developed three new technologies to try and retain some of the driving characteristics that makes performance cars so enjoyable to drive.

There’s the ‘Fratzonic Chambered Exhaust’ which reportedly makes up to 126dB, which is louder than the Hellcat V8, to keep the aural appeal.

Then there’s the ‘eRupt multi-speed transmission’ to try and create a sense of speed and changing gears.

The other technical innovation is the ‘R-Wing’, an aerodynamic element at the front that has allowed Dodge to keep a classic muscle car shape while still cutting through the air efficiently for longer driving range.

Dodge hasn’t released performance figures, but the first production ‘eMuscle Car’ is set to enter production in 2023 and will likely look very similar to what you see here. 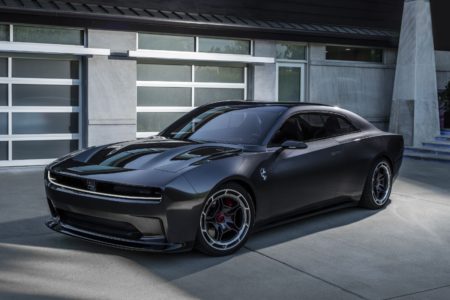 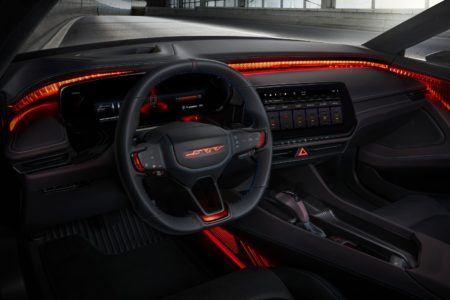