What do you get when you combine an American pony car icon, with an Australian racing legend? The answer is the Ford Mustang Dick Johnson Limited Edition by Herrod Performance.

Packing a 635kW supercharged V8 it has been modified to Johnson’s personal standards, right down to having a special etching on each piston.

The three-time Bathurst winner said he had dreamed of building is ideal Mustang for more than a decade.

Johnson and DJR-Team Penske co-owner Ryan Story teamed up with Herrod Performance to make that dream a reality, creating 30 examples of this Mustang to celebrate the pony car’s Supercars success.

Herrod Performance is the leading Ford Performance specialist in the country, so much so he has teamed up with Ford Australia to build the Aussie-only Mustang R-Spec. But the Johnson car is a very different proposition to the R-Spec.

Every detail of the Johnson-blessed ‘Stang has been looked at; from the Whipple supercharger to the new conrods, custom logos on the interior and even the puddle light that display a Dick Johnson logo.

It rides on 20-inch alloy wheels wrapped in Michelin Pilot Sport 4S tyres and the stopping power is taken from the US-only Shelby GT350R – Brembo brakes with cross-drilled front rotors.

The aerodynamic package includes the GT4-style rear wing that was also developed in the US for the Shelby Mustangs.

From the time Herrod Performance receives the donor Mustang GT at its Melbourne facility, it takes two weeks to carry out every change.

Unfortunately, if you like the look of this it’s too late. All 30 Dick Johnson Limited Edition Mustangs have been snapped up. Hardly surprising… 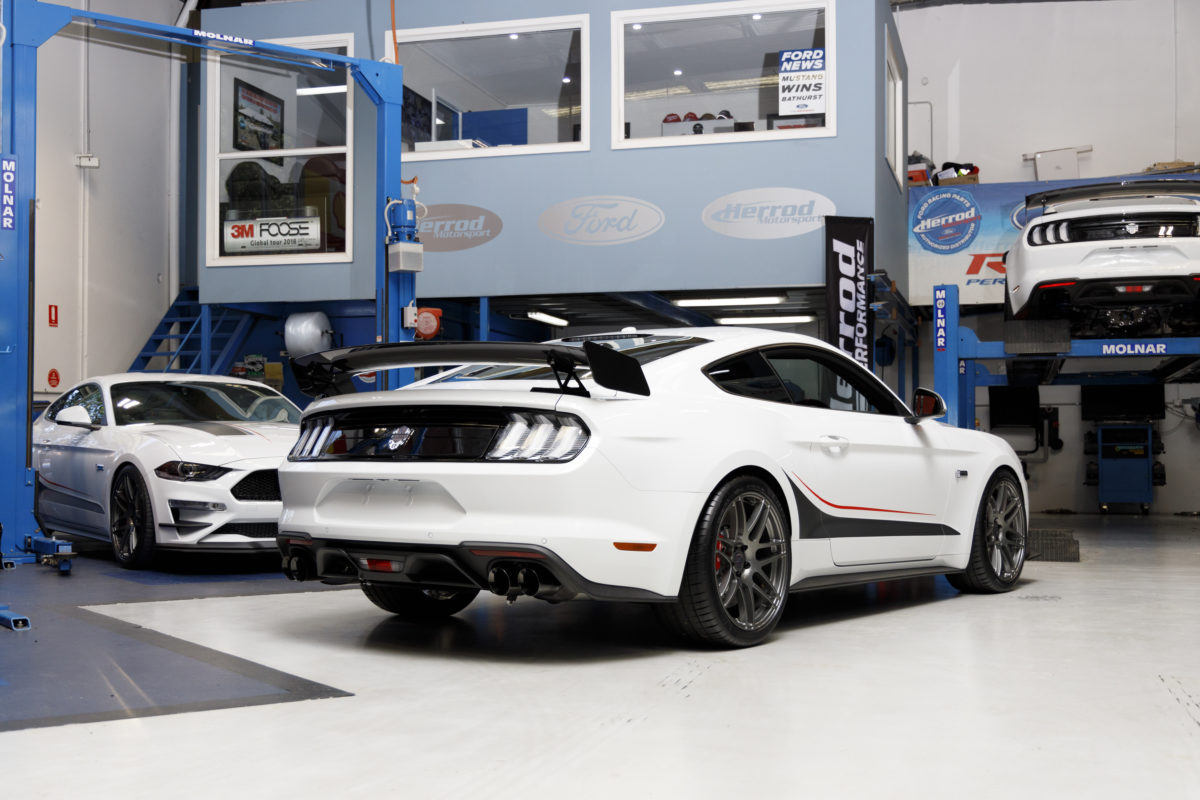