Dakar racer to hit the road

Dakar racer to hit the road 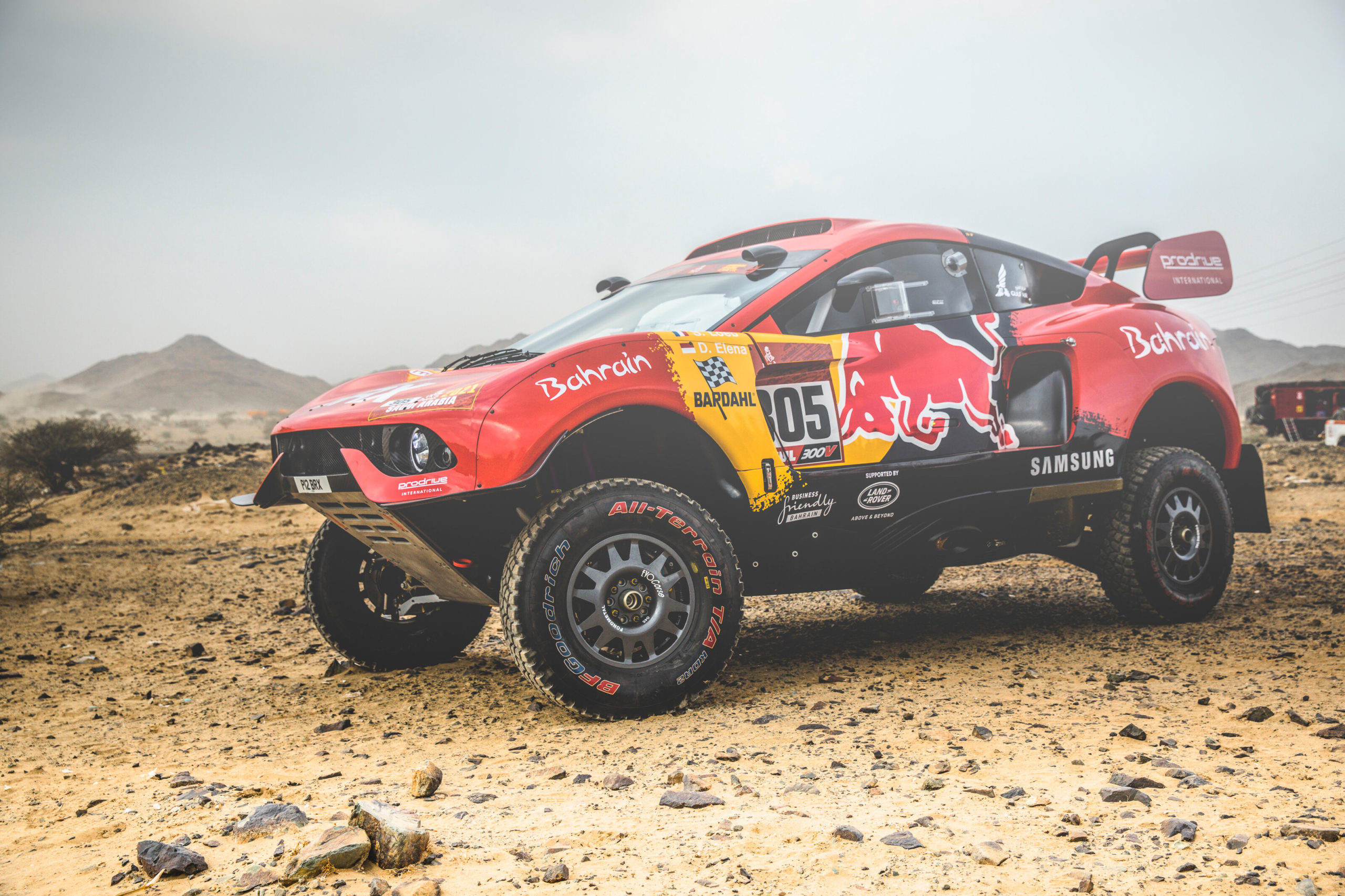 Prodrive is preparing to unleash a ‘desert hypercar’ onto the market – build a road-legal version of its Dakar special.

The British brand announced the plans on Twitter, linking to an Autocar article with quotes from Prodrive CEO David Richards confirming the project. According to the report the plan is to convert the BRX Hunter that Sebastian Loeb and Nani Roma raced through the Saudi Arabian desert to a road-going supercar-on-stilts.

TOP 5: Cars we’d like to see tackle the Dakar Rally

Likely to carry over the Hunter name, the new off-road special will be very similar to what Loeb and Roma drove, so it will be one of the most capable off-road vehicles and offer more performance than your typical Toyota LandCruiser or Nissan Patrol. “Nobody’s ever done a car like it before,” Richards told Autocar. “Imagine a road car capable of going across the sand dunes at 100mph (160km/h) – and keep doing it for 300-miles (482km) because the fuel tank is so big. It’s going to be quite exciting.”

Remarkably the road-going Hunter should be more powerful than the Dakar entry thanks to Prodrive’s engineer finding more grunt when free from the race’s regulations. While still powered by the same Ford-sourced 3.5-litre twin-turbo V6 petrol engine, the road-going Hunter will make approximately 370kW compared to 300kW for the Dakar version.

The body will remain largely the same, but will be slightly modified to allow for a wider wheel and tyre package. That work will be carried out by original designer Ian Callum, with the former Aston Martin and Jaguar stylist now working independently for a variety of projects. The BRX Hunter is a purpose-built Dakar T1 machine with Prodrive partnering with the Kingdom of Bahrain to try and win the famous desert race. Roma finished fifth in the car’s maiden event earlier this year but Loeb was forced to retire.

While Prodrive hasn’t announced an official timeframe, the report states a prototype of the road-legal Hunter should be running before the end of 2021.

The bad news is the Prodrive Hunter won’t be mass-produced, instead it will be a limited build which means a high asking price. It’s expected to set you back more than £1 million ($1.8m) – but should leave everything in the outback eating your dust.