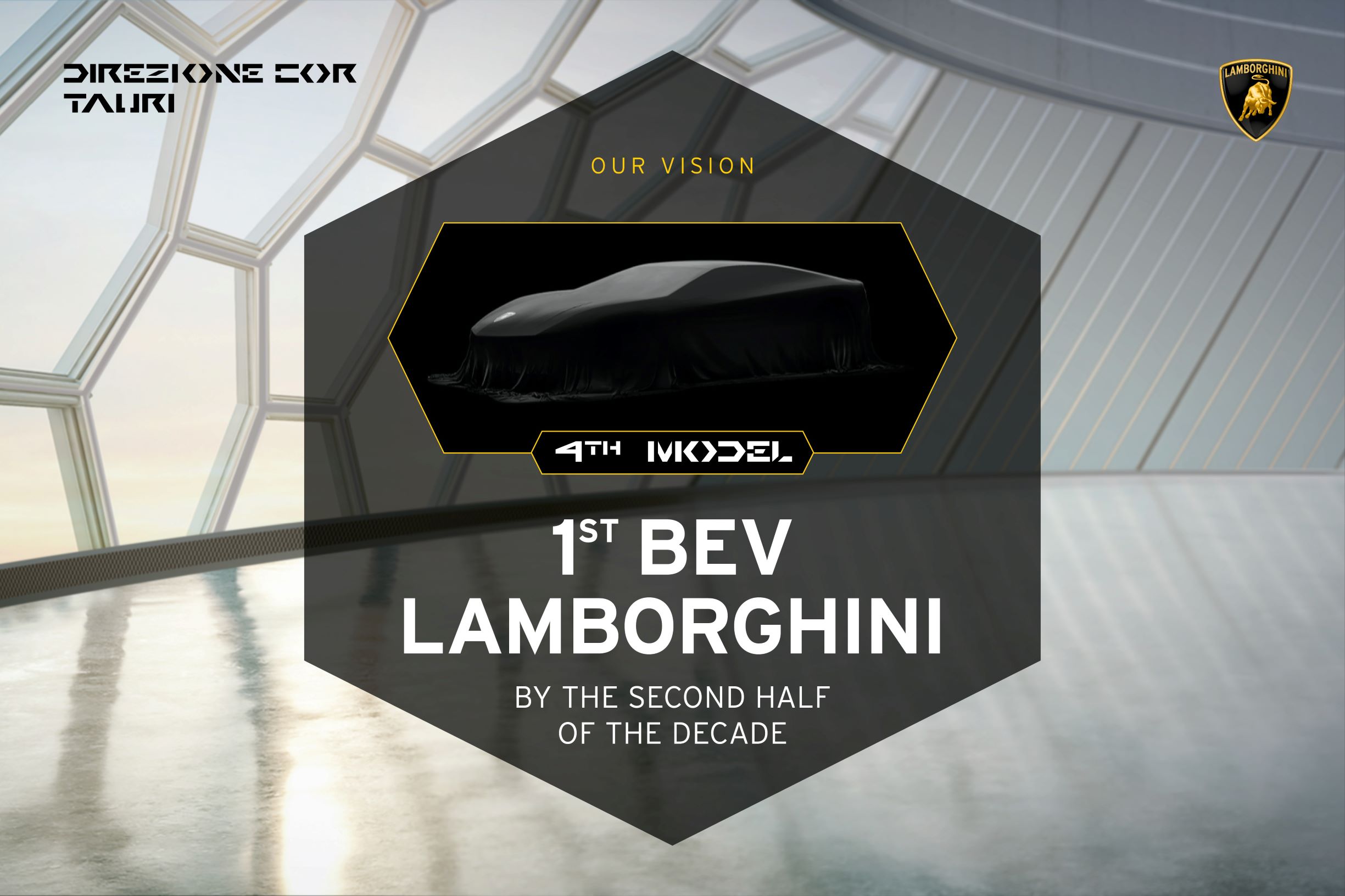 Lamborghini will launch its first EV by 2030

Lamborghini will launch its first electric car by the end of the decade.

While it may be a radical departure for a brand famous for its V12 engines, it’s only one part of a transformation for the Italian company as it tries to stay ahead of ever-stricter emissions laws around the world. In addition to the EV, Lamborghini will also convert the rest of its range to hybrid power.

In order to achieve these lofty (and expensive goals) Lamborghini will invest €1.5 billion in this electric switch. Lamborghini CEO Stephan Winkelmann announced the major changes as part of its new ‘Direzione Cor Tauri’ (which translates to ‘Towards Cor Tauri’, according to the company “the brightest star in the constellation”) that also sees the brand target cutting its CO2 emissions in half by 2025.

“Lamborghini’s electrification plan is a newly-plotted course, necessary in the context of a radically-changing world, where we want to make our contribution by continuing to reduce environmental impact through concrete projects,” Winkelmann said. “Our response is a plan with a 360 degree approach, encompassing our products and our Sant’Agata Bolognese location, taking us towards a more sustainable future while always remaining faithful to our DNA. Lamborghini has always been synonymous with preeminent technological expertise in building engines boasting extraordinary performance: this commitment will continue as an absolute priority of our innovation trajectory.” 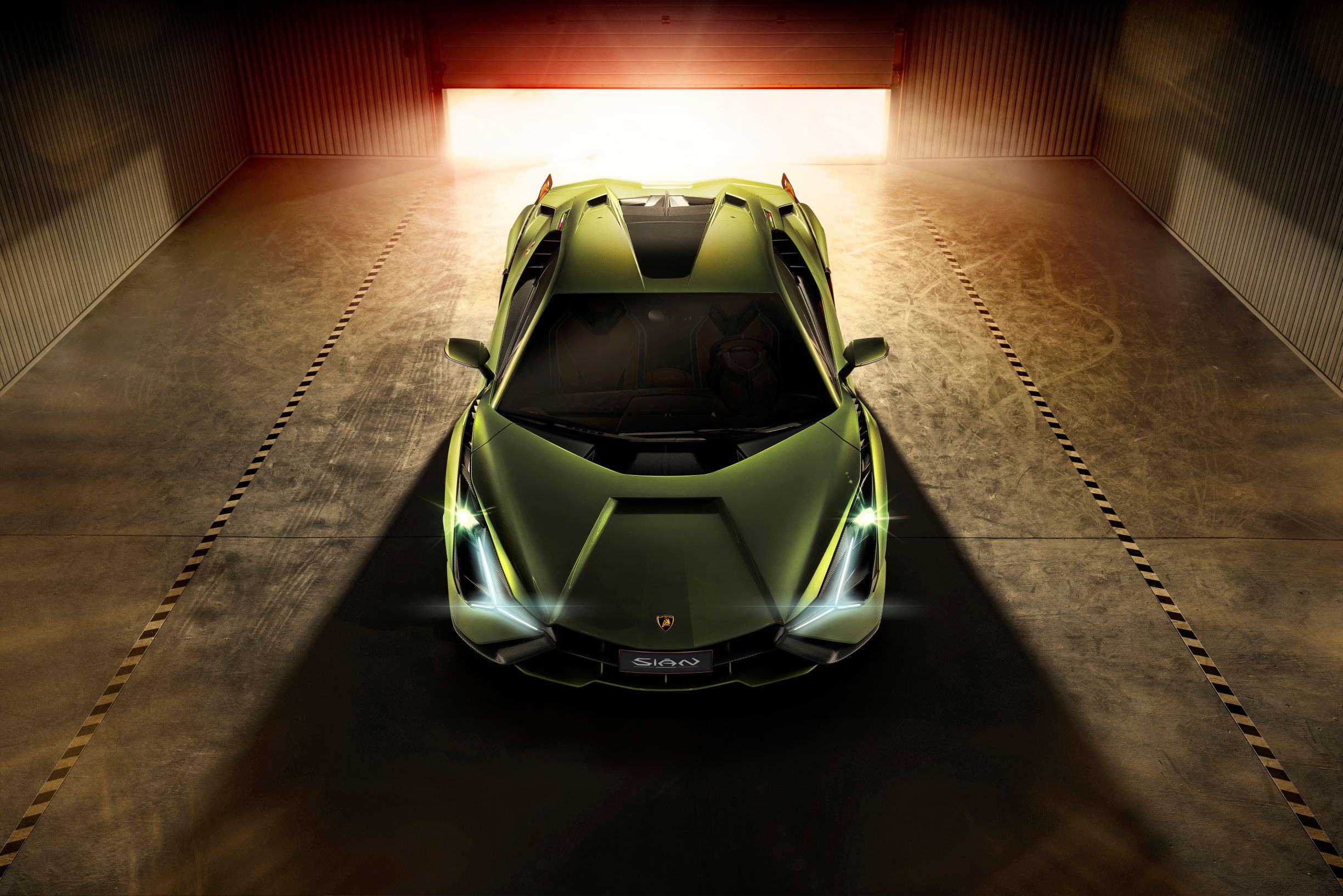 The Lamborghini Sian is the brand’s first hybrid model

But the biggest news is the first battery EV model, with the company only dabbling in electrification with its limited-edition Sian hypercar, which featured a supercapacitor hybrid system. While details of the car were slim, Winkelmann confirmed it would be an all-new model – the fourth alongside the Aventador, Huracan and Urus – and a teaser image suggests it could be a GT-style coupe. The single image used to illustrate the new model appears to feature a two-door coupe-style silhouette, although Winkelmann is on record saying no final decision has been made.

Regardless of what shape it takes, the most obvious option is for Lamborghini to use the VW-developed ‘SSP’ architecture – which stands for Scalable System Platform. This isn’t expected to launch until 2024 as part of the combined Volkswagen ‘Project Trinity’ and Audi’s ‘Artemis’ developments. According to the German giant SSP will be hugely adaptable and underpin up to 80 per cent of all VW Group models by next decade.

While Lamborghini clings to its Italian heritage, it does draw on the strengths of the larger VW Group when needed to save development costs (such as the closely-related Huracan/R8 as well as the Urus/RSQ8) so the EV transition should be smoothed by VW, Audi and Porsche forging the path. 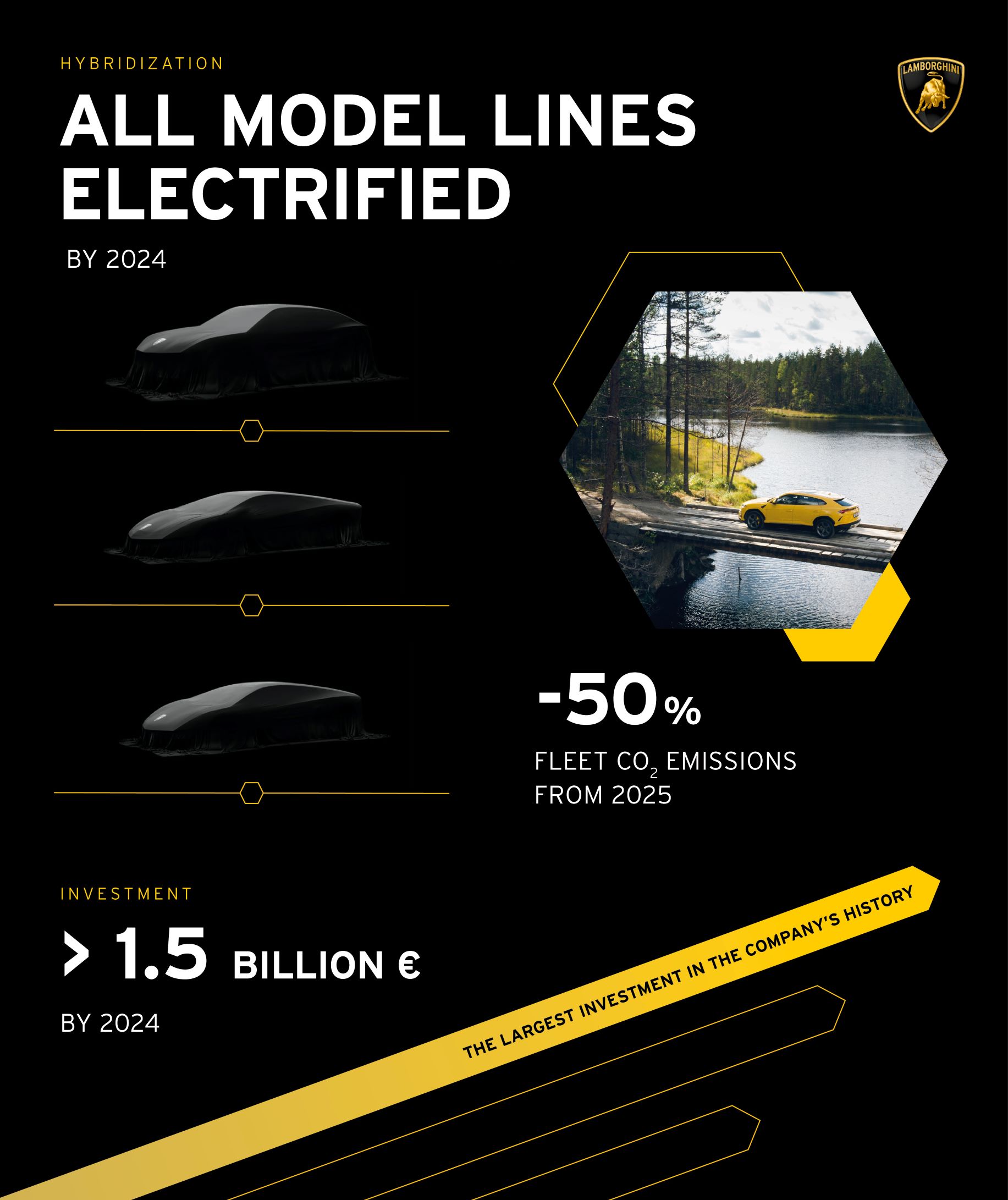 Lamborghini will switch all models to hybrid power by 2024

Lamborghini won’t let its naturally-aspirated engines disappear with a whimper, and has announced plans for a special send-off with a range of special edition models. That will start with two V12 models before the end of 2021, which will “pay homage to the brand’s glorious history and iconic products past and present.”

The replacement for the aging Aventador is due in 2023, becoming the brand’s first series production hybrid – even while it will retain its V12 engine. It’s unclear if it will be an all-new hybrid system or an evolution of the supercapacitor set-up from the Sian, but given the new model will still be around after Europe introduces even stricter emissions laws in 2026 expect electric power to play a more prominent role than ever before on a Lamborghini.

As for the Huracan, it launched in 2014 so should be due for replacement by 2024 in keeping with Winkelmann’s timeframe. It’s less clear if the Huracan’s successor will retain a V10 petrol engine to pair with the hybrid system, or switch to a smaller combustion engine.

Whatever powertrains these new Lamborghinis use, they will be a major change from anything we’ve seen from the Rampaging Bull before.