COMING SOON: Polestar O2 – Is this the future of sports cars?

COMING SOON: Polestar O2 – Is this the future of sports cars? 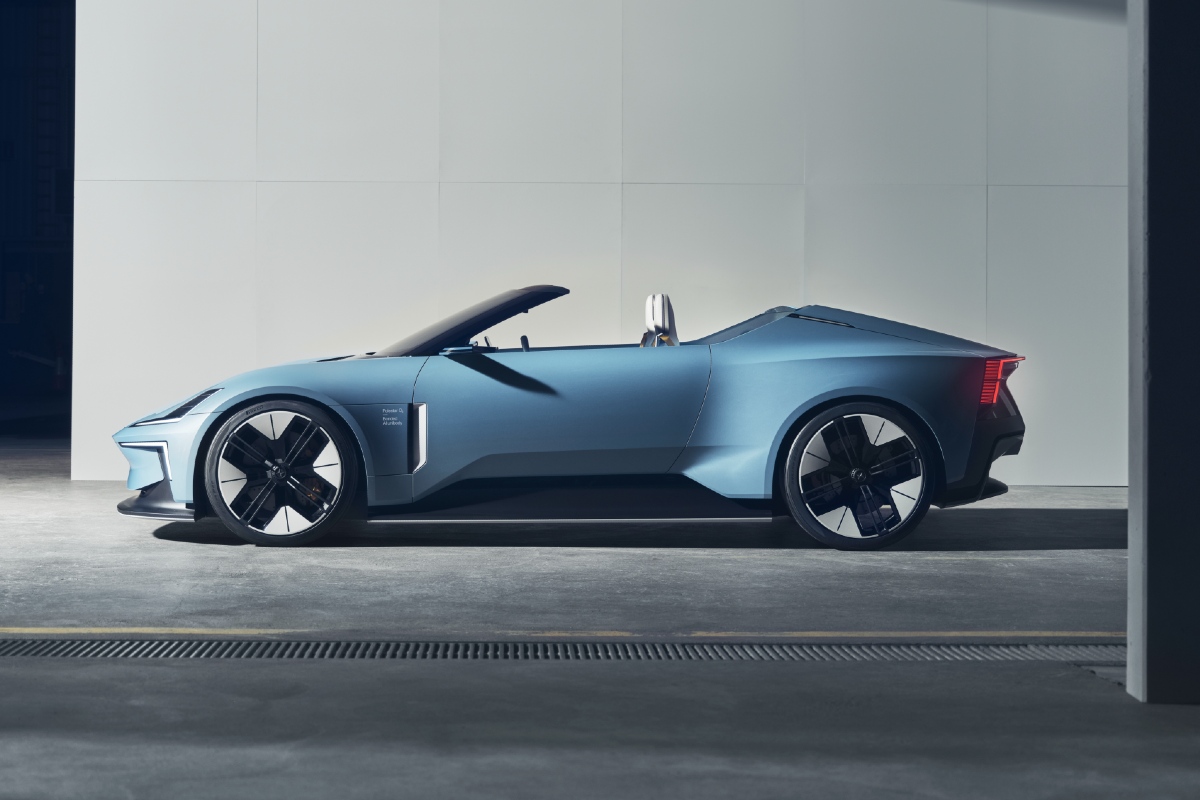 Who: Chinese-Swedish brand, Polestar
What: A sports car for the electric future
When: 2025
Why: Because even electric cars need a hero

“This car is a meeting point between technology and art, between precision and sculpture, with a determined but not aggressive stance.”

That is Polestar’s chief designer, Maximilian Missoni, explaining his view of the brand’s latest reveal – the Polestar O2 concept. This striking new sports car has been designed to preview a future where electric power and open-air driving thrills can coexist.

Polestar, which is owned by Chinese auto giant Geely, has already confirmed it will launch the Polestar 3, 4 and 5 models in the next three years to expand its range of Tesla-rivalling EVs. But while those are being positioned as sporty SUVs and sedans, the O2 concept is a dedicated 2+2 seater sports car designed to be a potential halo model. “Polestar O2 is the hero car for our brand,” said Polestar CEO, Thomas Ingenlath. “It opens the door to our secret chamber of future potential. This is a taste of what we can design and engineer with the talent and technology we have in-house. It looks incredible, and being able to lower the roof and not hear an engine promises a superb sensation.”

Polestar hasn’t confirmed if it will turn this concept into production, but there are some clues that they are seriously considering it. For starters, there are some significant technical details about the car, which car makers typically avoid if there are no plans for a production model.

Most interestingly, Polestar confirmed that the chassis is based on the bonded aluminium platform from the upcoming Polestar 5. That suggests two things, firstly that Polestar could share development of the O2 and 5 to save costs.

Lotus also happens to be working on an electric sports car platform that will underpin both a Lotus-badged model but also the replacement for the Alpine A110. Adding a third model on the same basic architecture and using the same electric motors would make strong financial sense for Geely, Polestar and Lotus.

But the real party trick for the O2 though, is a drone that can be deployed from the rear of the car and follow you down the road, recording “the perfect driving sequence” according to Polestar. 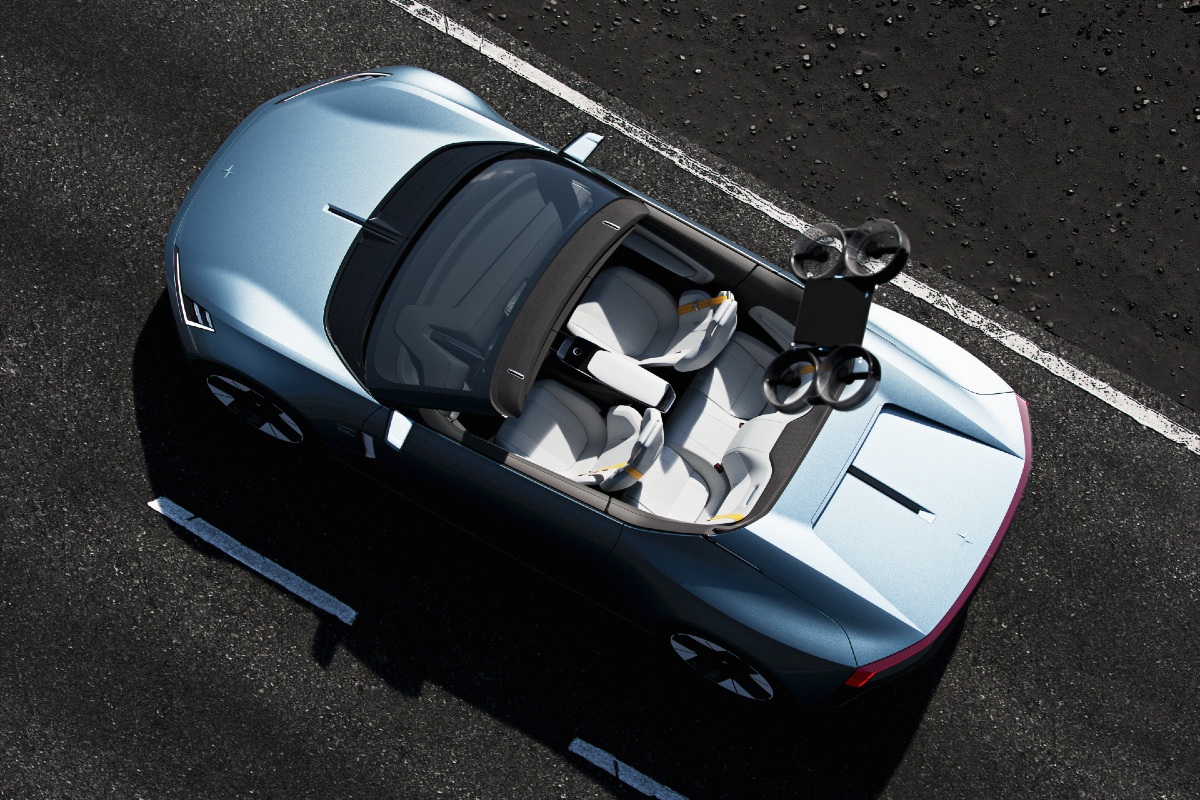 The company claims the drone can be deployed on the move thanks to a specially designed aerofoil that raises behind the rear seats to create an area of negative pressure, that then allows the drone to generate lift.

One catch is the drone can only fly up to 90km/h so it can’t keep up if you go too fast.

Once it’s done filming, it returns to the car and you can edit the video on the 15-inch touchscreen in the centre of the dashboard.

“We wanted to emphasise the experience you can have with a car like the Polestar O2 in new and unusual ways,” Missoni explained. “Integrating an autonomous cinematic drone was something that allowed us to push the boundaries on the innovation front. Not needing to stop and off-load the drone before filming, but rather deploying it at speed, is a key benefit to this innovative design.”

If Polestar does push the O2 into production it’s likely to arrive after the launch of the Polestar 5, which is due in 2024.