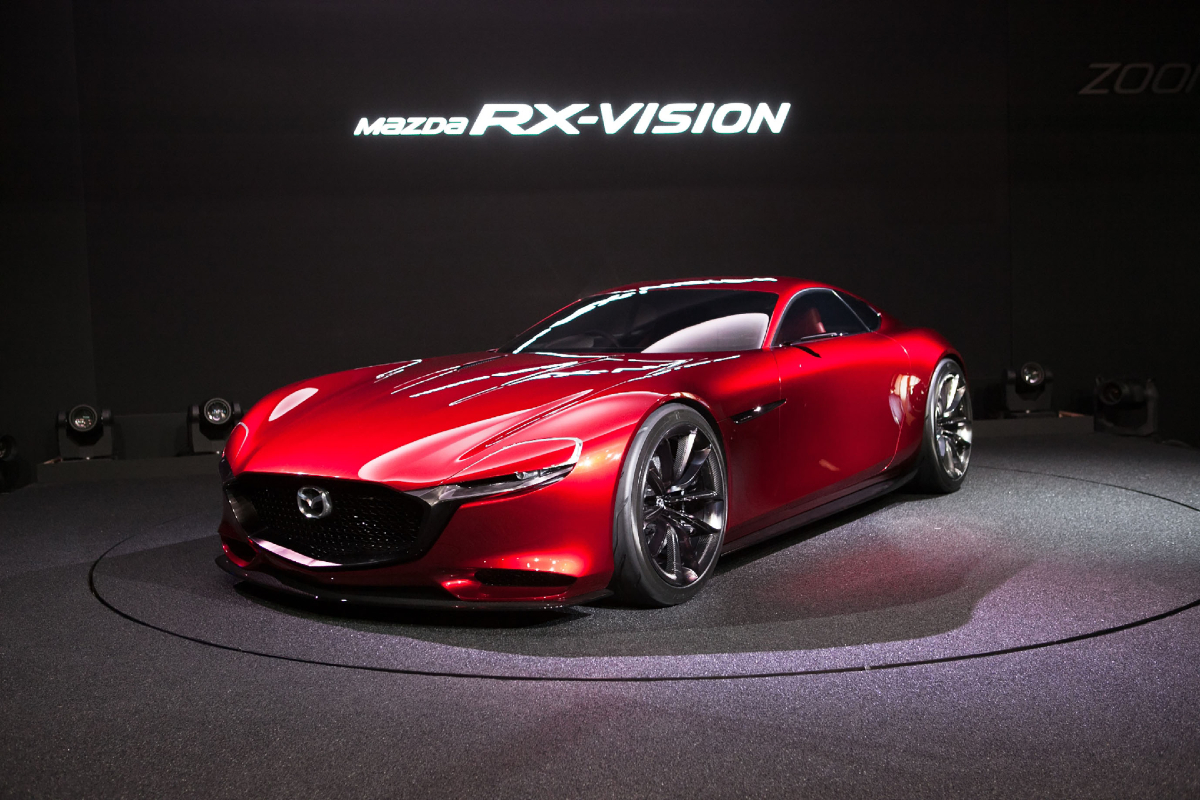 Who: Mazda
What: A long-awaited RX-7 successor
When: 2024 (estimate)
Why: Because Mazda can’t quit rotary power

Reports of the demise of rotary power may have been exaggerated. While the engine technology may seem out of step with today’s quest for fuel efficiency (because rotary engines are infamously thirsty), it seems Mazda is doing everything it can to keep the technology alive.

Mazda Australia has confirmed that it will begin offering its compact MX-30 electric vehicle with a rotary-engine range extender by the end of 2022. But for real Mazda rotary fans the story won’t be complete until the engine powers a sports car.

It’s now been seven years since Mazda unveiled the stunning RX Vision concept at the 2015 Tokyo Motor Show, teasing the long-awaited return of a high-performance coupe for the brand synonymous with the RX-7. While plans to turn the RX Vision into a production car have been delayed, it’s understood that Mazda’s management hasn’t given up.

The most recent reports from Japan have confirmed Mazda has trademarked an ‘R’ logo suspiciously similar to the Spirit R badging from previous RX-7 and RX-8 rotary models. This follows in the wake of reports Mazda and Toyota are teaming up to build a new pair of shared sports cars. As we’ve previously reported, Japanese media believes the two companies will work together to bring to market production versions of a Mazda RX-7 successor and the recent Toyota GR GT3 Concept.

This is largely based on the almost identical dimensions of the RX Vision and GR GT3 concepts, which have approximately the same length, wheelbase, width and height. It also makes sense for the two companies to share a new rear-wheel drive platform because it would help with economies-of-scale.

While little is known about the actual details of this rotary hybrid set-up, it’s understood Mazda is targeting up to 370kW of power, which would ensure the new coupe is a genuine performance car.

It’s understood Mazda has prioritised the development of mainstream models like the Skyactiv-X engine technology and the upcoming CX-60 and its new platform, but the RX-9 (or whatever name it gets) is seen as a ‘must-do’ for a brand with a long heritage of performance coupes but one that has been relying on the MX-5 since the demise of the RX-8.