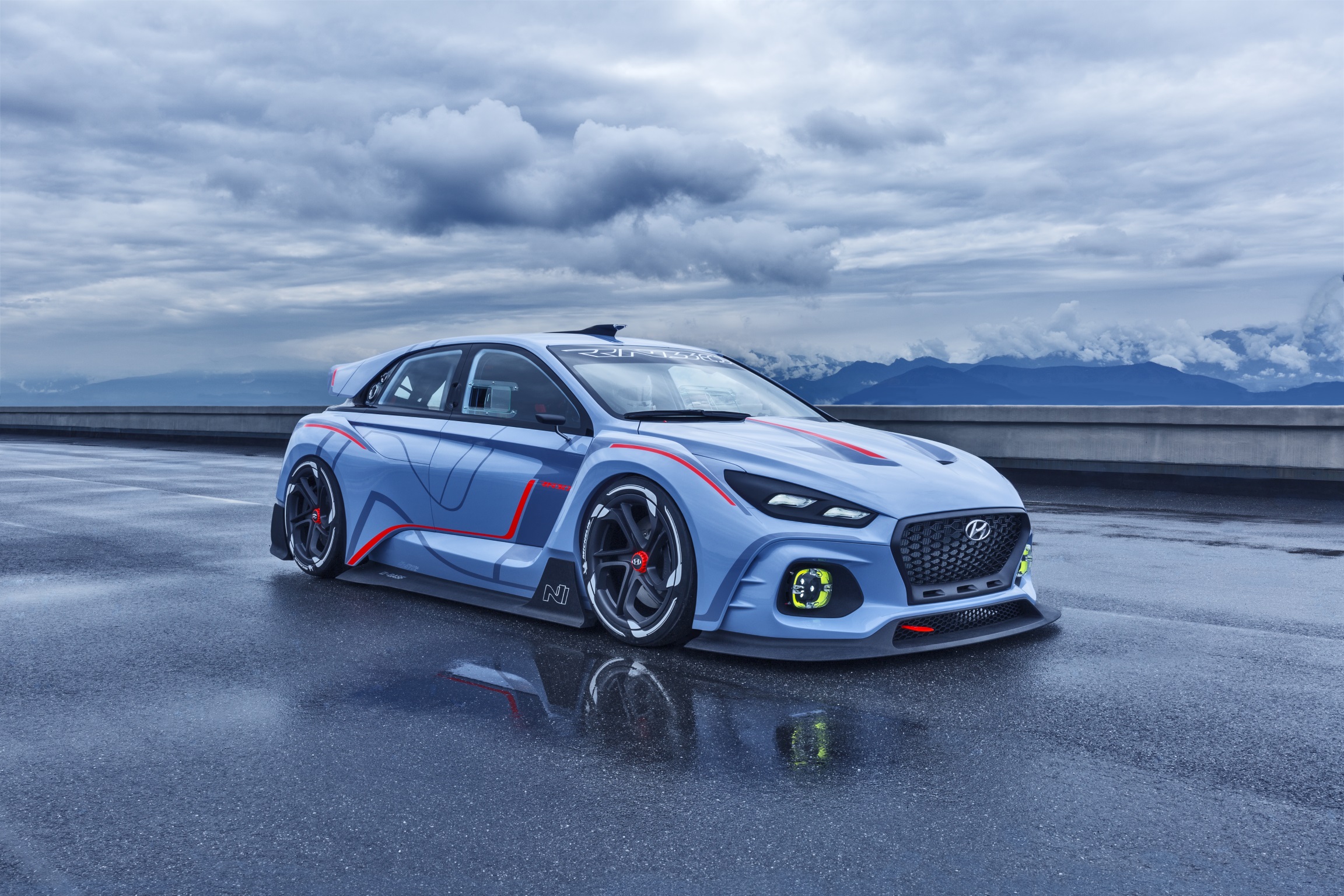 No, that headline isn’t a beat-up. Hyundai, the brand synonymous with affordable small cars and SUVs has a very real plan to create a mid-engine sports car to compete against the likes of the Porsche 718 Cayman, Alpine A110 and Lotus Elise.

It’s all part of the brand’s push into fast cars with its N Performance brand, that is currently focused on building hot hatches (the excellent i30 N and i30 Fastback N) and has plans to expand in the near-future (with the Kona N SUV). N Performance, in fact all high-performance cars from Hyundai and sister-brand Kia, is under the leadership of Albert Biermann, the German executive that previously headed up BMW’s successful M Division. His goal is to build a hero model for the South Korean company and planning is well-advanced.

Last year the company took the wraps of the RM19 concept car, which was the latest in a series of mid-engine concepts the company has been experimenting with since the RM15 of 2015. The ‘RM’ stands for Racing Midship and over the course of each new concept the brand has studied construction methods and aerodynamics in the context of a mid-engine sports car.

The RM19 is the most advanced yet, a fully drivable prototype that the company calls a rolling laboratory. It’s powered by a 2.0-litre four-cylinder turbocharged engine taken from its i30 N TCR racer.

But the production version of the Hyundai N sports car will be packing even more punch, with rumours of a new 2.5-litre turbocharged four-pot petrol engine and even a hybrid system for extra boost set to be used to ensure maximum performance. A similar engine is already found in the new Genesis G80 (Hyundai’s luxury spin-off) and makes 207kW and 422Nm, so in a performance application and with a hybrid boost the N halo machine could boast more than 250kW and 450Nm.

The hybrid boost is likely to come from electric vehicle specialists, Rimac, with Hyundai investing more than $100m in the Croatian company. Rimac, for those unfamiliar, has built two electric hypercars including the 1408kW Rimac C_Two, which is reportedly capable of hitting 412km/h and has a theoretical 650km battery range. 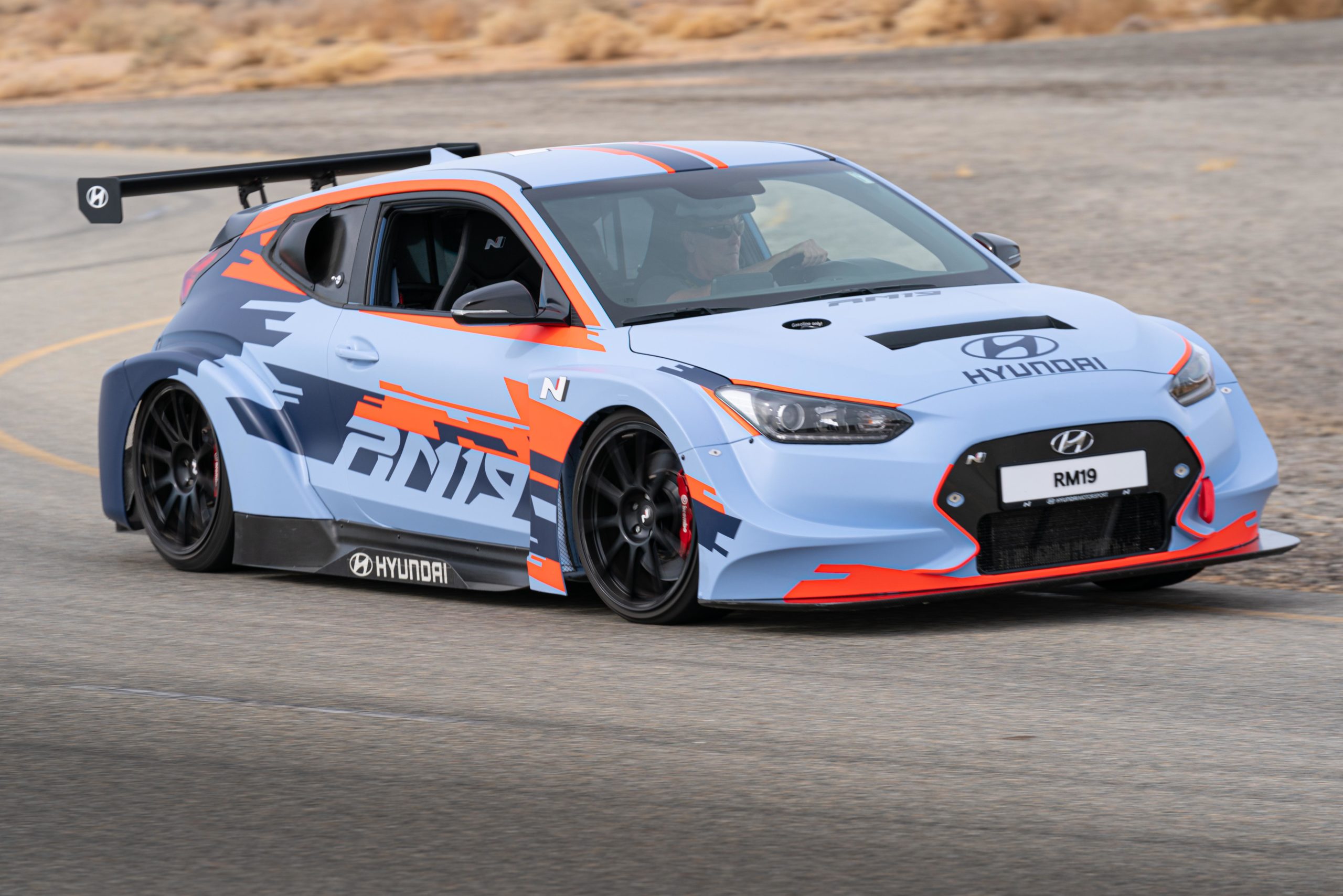 Hyundai’s RM19 concept is being used as a rolling laboratory.

Hyundai and Rimac didn’t hide their intentions when the two companies announced their partnership in early 2019, saying: “The companies will work closely together to develop prototypes for an electric version of Hyundai Motor’s N brand midship sports concept car and a high-performance fuel cell electric vehicle with the intent to bring them to market at a later time.”

An electric element to the powertrain opens up the possibility of an all-wheel drive layout too, with a front-mounted electric motor, but this is just speculation. More certain is the use of the brand’s all-new eight-speed wet dual-clutch transmission, that is set to debut in the new Sonata later in 2020 and will be added to the updated i30 N next year.

Timing of this new hero model is still unclear, with some reports stating it could arrive as early as 2021 but it may not make showrooms until 2022; regardless of any impact from the COVID-19 pandemic. Whenever it does make it to the road, it’s bound to change the image of Hyundai dramatically.