Leaked image of the 2021 Ford Bronco.

The Bronco is loose.

Ford’s upcoming revival of its iconic off-roader has been leaked, with these images our best look yet at the brand’s long-awaited Jeep Wrangler rival. They all-but-confirmed the long-running rumour that Ford will offer both a hardcore, off-road Bronco and a more on-road focused Bronco Sport. Further leaked images also suggest a two-door model is on the cards; or was at least a serious possibility at one stage.

Both versions portray a modern interpretation of the classic Bronco look, with a wide body, horizontal grille and square lines around the side and rear. The silver Bronco appears to be the more rugged version, with obviously chunkier off-road tyres underneath wider wheel arches and what appears to be a Wrangler-style removable roof. While the blue Bronco Sport is more sedate, with smaller tyres and a fixed roof. 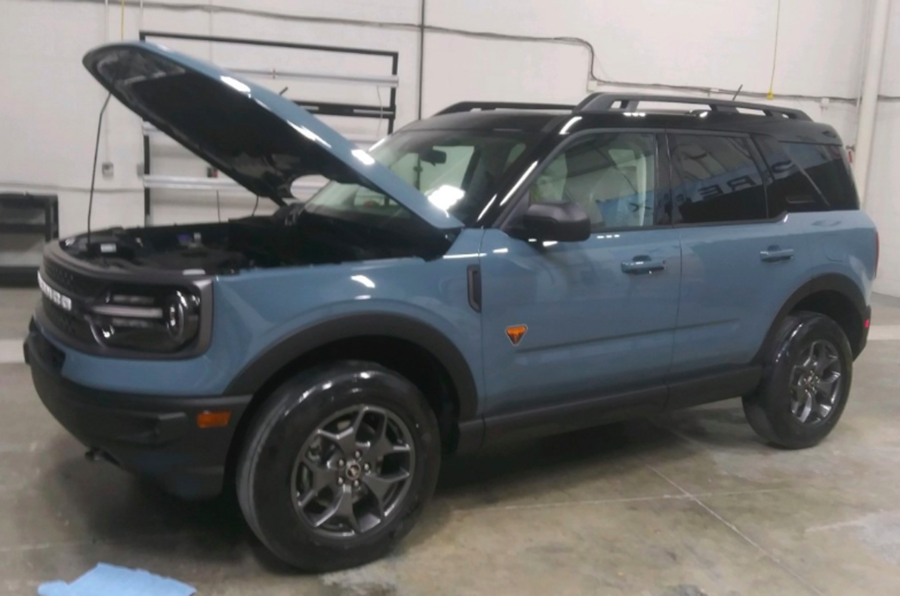 Underneath we know the new Bronco is based on the same underpinnings as the Ford Ranger ute, albeit a new version developed for the US left-hand drive market; not the same Ranger Ford Australia is responsible for engineering. Unfortunately, that could mean the Bronco is unavailable in right-hand drive, at least initially. However, given Australia’s booming ute and SUV sales such a model would likely be highly desirable for the blue oval down under, sitting alongside the Ranger and Everest. Power for the new Bronco is expected to come from a pair of turbocharged petrol engines (as the US market hasn’t embraced diesel). Lower models are likely to run a version of Ford’s 2.3-litre four-cylinder turbo EcoBoost, while the higher-grades get a more potent 2.7-litre turbocharged V6.

The timing of this leak isn’t ideal for Ford, with the Bronco tipped to be officially unveiled later in March. We’ll bring you official details and images when that happens, so stay tuned to Torquecafe.com.