The BMW iX is an all-new luxury electric SUV

Meet the future of BMW. This is the all-new iX, a fully-electric crossover that’s designed to take your friends or family in luxury.

But just because it’s ditched internal combustion, don’t think it’s slow. The electric motors pump out 370kW of power which the Bavarian brand claims is enough to launch the ix from 0-100km/h in “under 5.0 seconds” – performance car quick. Oh, and the company is also claiming it will have a battery range of 600km.

The iX is the production version of the Vision iNext Concept the company unveiled in 2018. But it’s also a slight change of plans for the brand, because it’s a standalone EV model. After the sluggish sales of the bespoke i3 EV BMW announced it would focus on electric powertrains for existing models – including the 3-Series, X3 and Mini Cooper – but the iX will sit alongside both the X5 and X7 in the line-up. 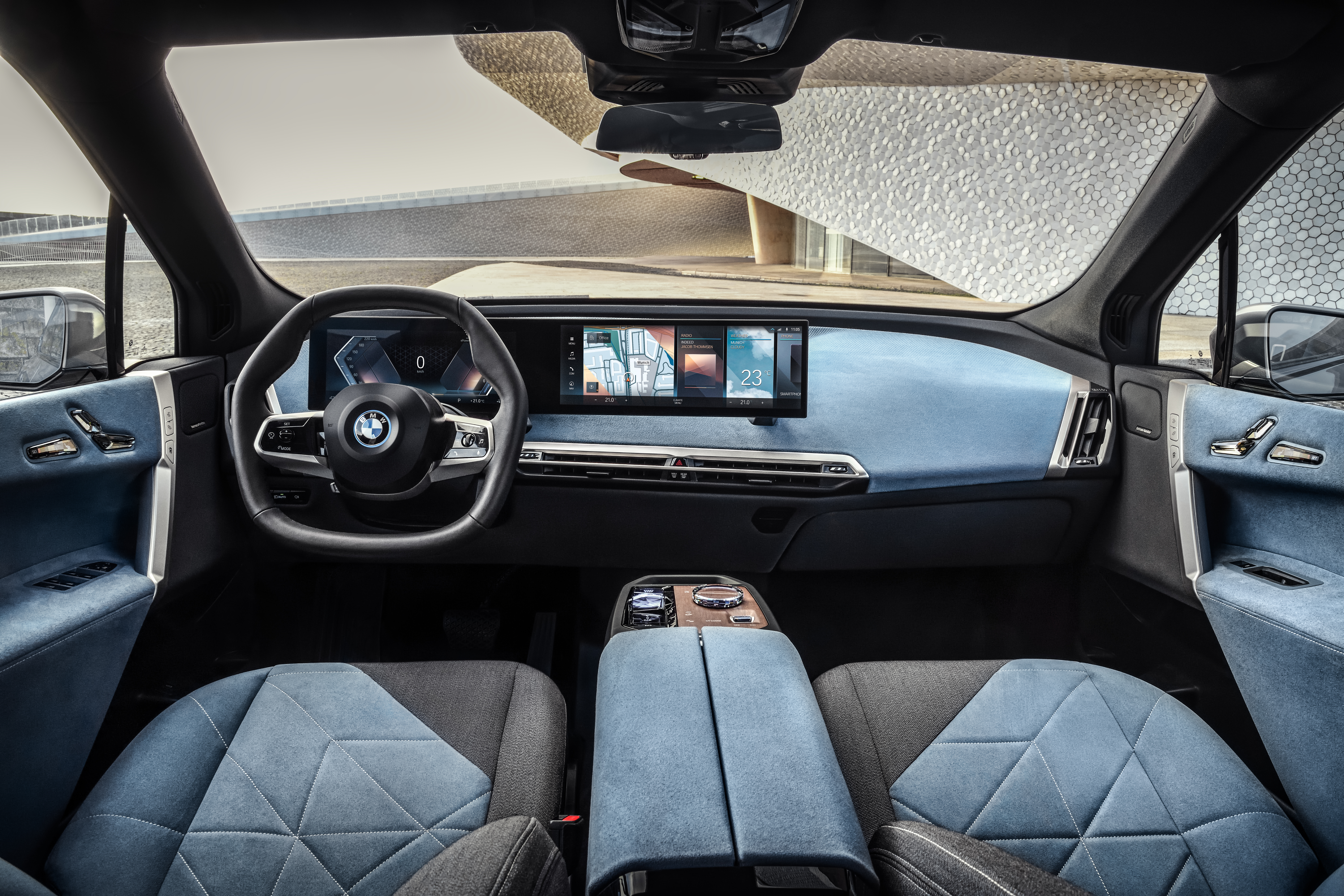 Oliver Zipse, BMW AG chairman, said the iX represents a new era for the brand, as its BMW i electrification

“The BMW Group is constantly striving to re-invent itself,” Zipse said. “That is a central element of our corporate strategy. The BMW iX expresses this approach in an extremely concentrated form.”

It will go head-to-head with the likes of the Tesla Model X, Audi e-tron and Mercedes-Benz EQC as the luxury car brands ramp up their electric push in the face of stricter emissions regulations and greater consumer demand. The iX continues BMW’s recent love-affair with huge grille designs, as already seen on the 4-Series range and new M3. However, unlike the 4-Series and M3 that require a grille for a radiator, the iX doesn’t so it’s primarily a design feature because it’s blanked off. Instead BMW says it hides much of the car’s advanced hardware, including cameras, radar and other key sensors that are part of its active safety and autonomous functions.

“The BMW iX shows how we can give new technologies a very modern and emotionally engaging design,” explained Adrian van Hooydonk, Senior Vice President BMW Group Design. “The car is technologically highly complex, but it feels very clear and uncomplicated. The BMW iX offers a mobile living space in which people will feel at ease and the car’s intelligence is always available without becoming obtrusive.”

The iX is expected to be offered in Australia as BMW local operations increases its EV plans. It will be on sale in Australia in the second half of 2021. Pricing and specifications due to be announced closer to its local arrival.