Who: Volkswagen Group’s Italian supercar division
What: An off-road twist on the Huracán
When: December 2022
Why: To test the waters for more extreme sports cars in the future

In June 2019 the brand revealed the Huracán Sterrato concept, an off-road version of its V10-powered supercar. Later this year that concept will become a reality, with a production version of the Sterrato set to be revealed as a send-off for the Huracán.

Lamborghini has already begun a thinly-veiled teaser program, releasing a YouTube video with a prototype version driving on gravel racing a mountain bike.

While not officially confirmed by the company, speaking at the launch of the Huracán STO in Australia last week, Francesco Scardaoni, Asia-Pacific region director for Lamborghini, didn’t deny “a different kind of Huracán” is coming soon.

He even confirmed it would be revealed in December this year before going on sale in 2023.

Asked for more details Scardaoni wouldn’t reveal any specifications but said it was unlike any previous version of the Huracán or any other supercar available today.

“It’s a new kind of concept,” he said. “No other brand has this kind of concept right now, so we’re introducing this car. It’s more something new, let’s say.” 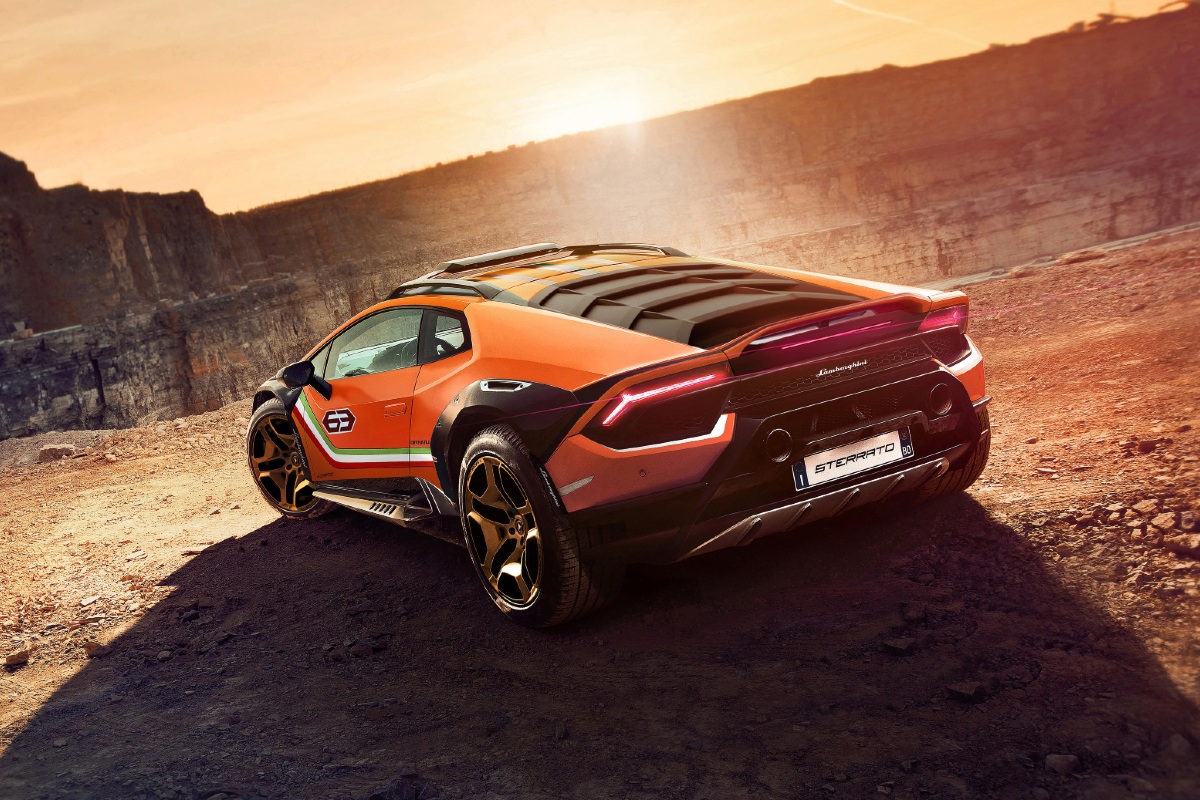 The Huracán Sterrato concept featured a higher ride-height, wider guards and even roof rails – all elements seen in the teaser video

It’s expected to be similar mechanically to the Huracán Evo, with the same 470kW 5.0-litre V10 engine and all-wheel drive system. From the teaser video it appears to feature a noticeably higher ride height, extra cladding on the wheel arches and even roof rails.

Scardaoni admitted this new twist on a supercar is a deliberate exercise from Lamborghini to see what the market for such a model is like. The Huracán is due to be replaced in 2024, so this will be the final iteration of it, but if an off-road supercar is popular it could become a more regular part of the line-up, similar to the track-focused Performante and STO did during the Huracán’s lifecycle.

“This one is more [of] an experiment,” Scardaoni acknowledged. “We like to open new roads, a new segment in the super sports car. We believe this is a good way to, let’s say, close the Huracán era with a totally brand new segment.”

While order books haven’t opened, the Asia-Pacific boss confirmed that the car would be built in right-hand drive and there have already been several potential Australian customers making their intentions to buy very clear.