Mercedes-AMG is about to unleash its Formula 1 technology into its popular C63 sports sedan and coupe – with a twist.

The bad news for fans of the traditionally V8-powered muscle car is that the bent-eight will become the latest victim of stricter emissions standards and will be sent to the great car yard in the sky. In its place will be, brace yourself, a four-cylinder engine.

The good news is it won’t be your typical turbo four-pot, instead it will be one of the most advanced and potent engines of its kind, thanks to lessons learnt on Lewis Hamilton’s F1 world-beater.

F1 turbo tech for the road

Dubbed the electric exhaust gas turbocharger, or eTurbo for short, the technology is designed to allow Mercedes to have the benefits of a big turbo (peak power) and a smaller turbo (faster response) without the compromise of picking one or the other. Instead the German giant will use a tiny electric motor (measuring only 4cm) integrated into the turbocharger shaft, between the turbine wheel on the exhaust side and the compressor wheel on the other side. Powered by a 48-volt electrical system the new turbo can spin at speeds up to 170,000rpm (that’s not a typo) in order to keep the main turbocharger fed. The end result is a theoretical elimination of “turbo lag” – the delay in power as the turbine waits for the exhaust gas to start it spinning, typical of most turbocharged engines.

Out-going AMG boss, Tobias Moers, explained the significance of the eTurbo to the company.

“We have clearly defined our goals for an electrified future,” Moers said. “In order to reach them, we are relying on discrete and highly innovative components as well as assemblies. With this move we are strategically supplementing our modular technology and tailoring it to our performance requirements. In a first step this includes the electrified turbocharger – an example of the transfer of Formula 1 technology to the road, something with which we will take turbocharged combustion engines to a previously unattainable level of agility.”

Officially Mercedes-AMG haven’t said exactly where and when this eTurbo will debut, but it’s widely expected that the C63 will be the first recipient. The key is a line in the Mercedes announcement that says it will arrive in “the next vehicle generation” – which points to the all-new C-Class range due in 2021.

Remarkably, despite the loss of four-cylinders, the introduction of the eTurbo plus other advancements in downsized engines means AMG is aiming to match the 375kW power output of the current 4.0-litre twin-turbo V8. What’s more, the new four-cylinder engine may even boast more torque while also significantly cutting weight thanks to its smaller size – all major upgrades for the hero sports sedan.

And the four-cylinder turbo isn’t the only major change for the new C63. AMG is believed to be adding all-wheel drive to the mid-size sedan; as it has already done with the A45 hot hatch and larger E63 sports sedan.

As with those other models, the all-wheel drive system for the C63 will include the ability to alter the amount of power sent to each axle, which will allow for the inclusion of a ‘drift mode’ so fans of oversteer can still slide their C63 around. 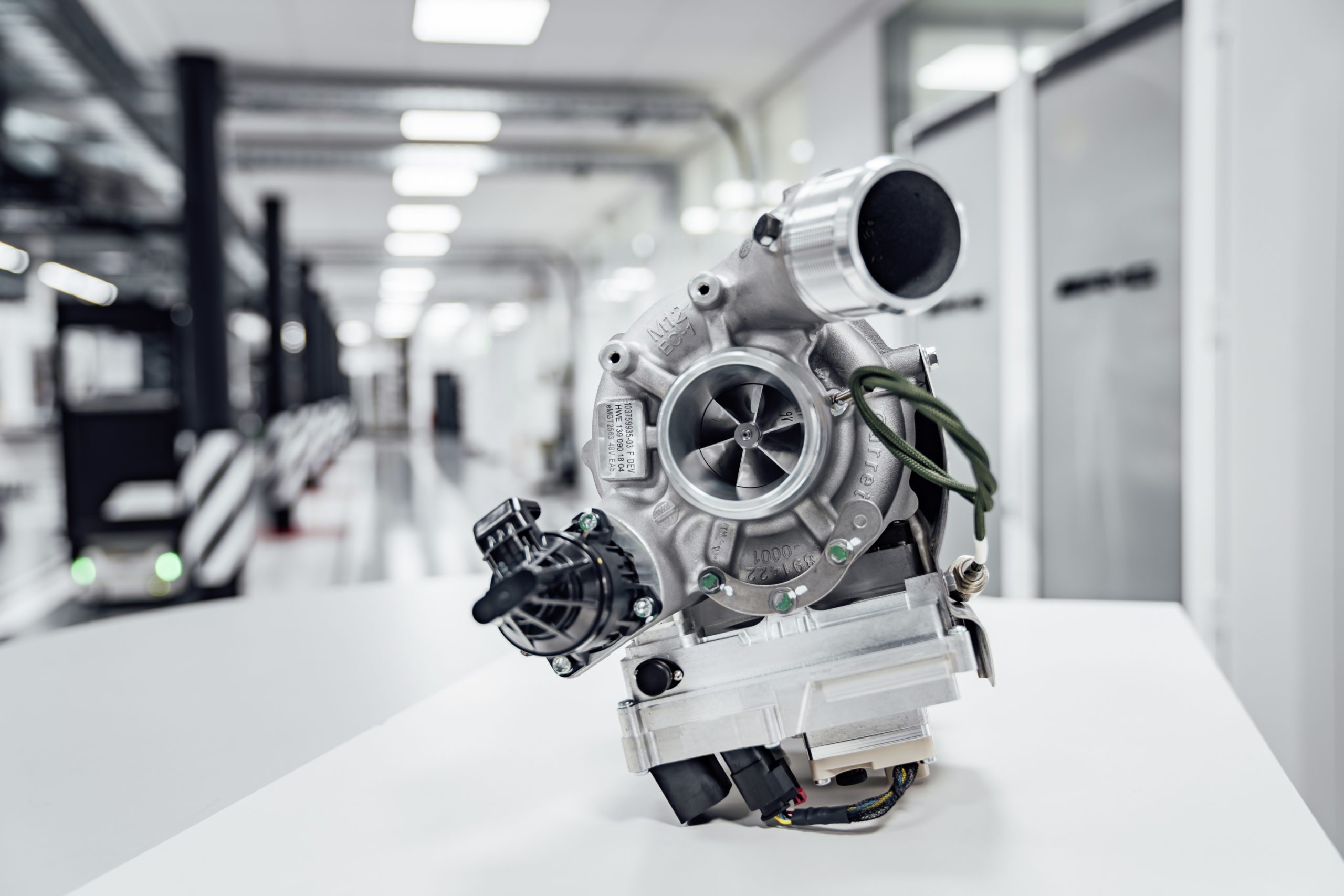 The new C-Class sedan is due to be unveiled in early 2021, when conditions around the coronavirus improve, before reaching European showrooms before the end of next year.

That puts it on course for a 2022 arrival in Australia, which is the likely arrival date for the new C63 (although it may adopt a new name to go with its radically smaller engine). So expect to see this F1-inspired sports sedan hitting Australian roads by the end of 2022.

The C63 has been one of AMG’s most popular models in Australia and while the loss of the V8 will be hard for some fans to take the introduction of F1 technology should soften the blow and help it maintain its popularity.