The Chevrolet Corvette Z06 alongside the GTE-spec C8.R at Le Mans

Who: Chevrolet and GMSV
What: Track-focused Corvette
When: October, 2021
Why: Chevrolet is expanding its Corvette C8 line-up

Mark October 26 in your calendar, because that’s when you’ll see the all-new Chevrolet Corvette Z06. The American giant confirmed the launch date of its sports car at Le Mans alongside the GTE Corvette C8.R that inspired it.

In a new video that showed the new Z06 seemingly making its way from Germany’s Nurburgring (confirming it was the Z06 caught by spy photographers last week) to Le Mans in France to meet up with the C8.R ahead of the 24-hour race, the reveal date for the long-awaited car was finally confirmed. The October 26 date means Chevrolet will launch it at a specific event, rather than wait for November’s Los Angeles Motor Show.

In the same way Porsche has a steady stream of 911 variants that roll out after each new model launches (Carerra, Carrera S, GTS, GT3, Turbo, etc), Chevrolet will do the same for the Corvette with plans for a hybrid E-Ray and more potent ZR1 and Zora models planned. So even though the first allocation of C8 Stingrays have sold out for Australia, rest assured there will be more Corvettes coming our way through General Motors Speciality Vehicles (GMSV) in due course.

Here’s what we know so far about this next addition to the Corvette range. 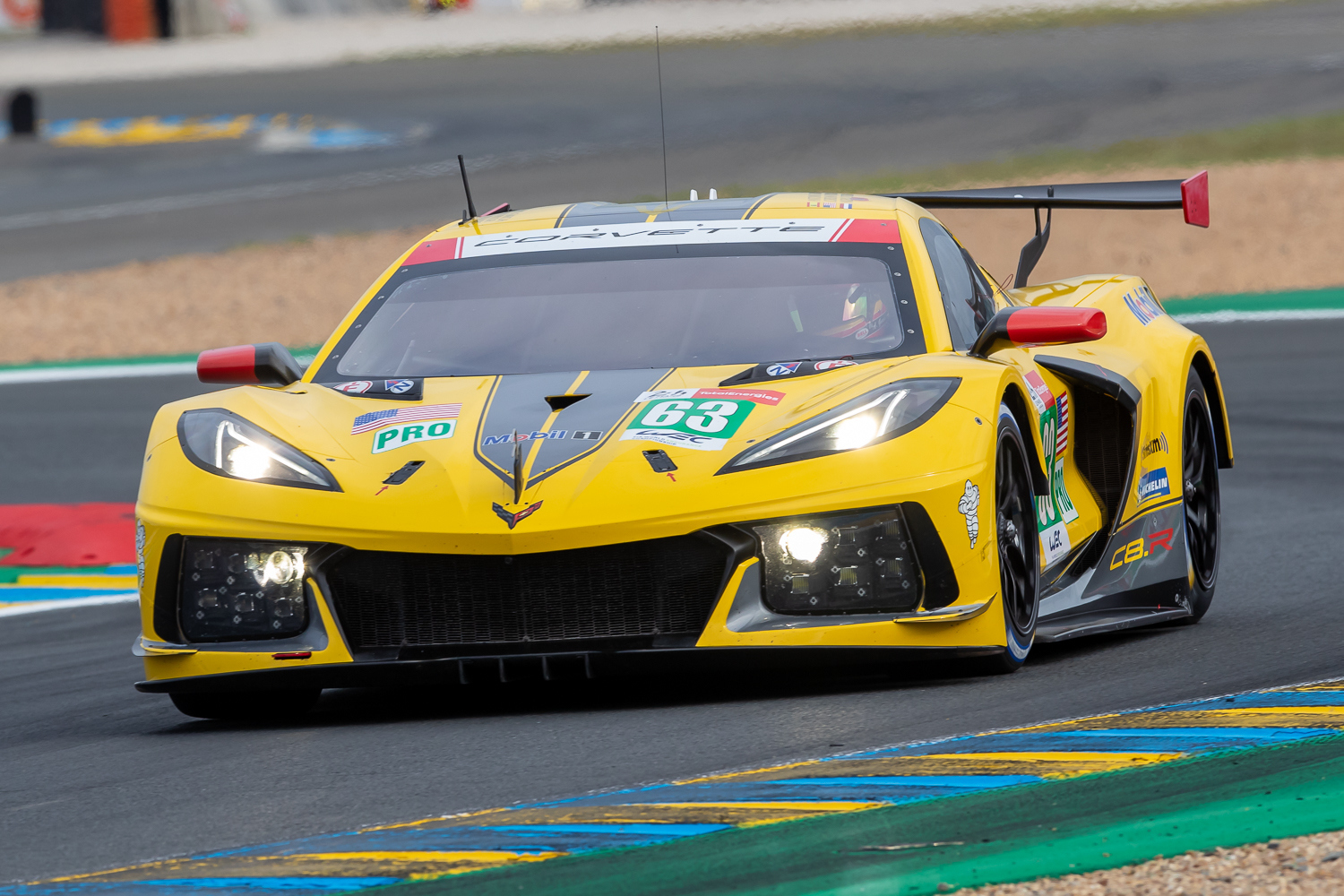 The race-spec Corvette C8.R has been the inspiration for the development of the Z06

The Z06 will be powered by a 5.5-litre V8 that’s derived from the engine found in the back of the C8.R. Chevrolet hasn’t confirmed it, but the sound from the first teaser video effectively did because you could hear the familiar high-pitched scream that comes with a flat plane crank V8.

The new V8 is expected to make 460kW of power and 651Nm of torque, and thanks to its race-inspired layout it should rev to 9000rpm. The Z06 will sound very different to the 6.2-litre V8 Stingray, not only because of its flat plane crank layout but also its unique centre exhaust layout.

The new V8 will be paired to an eight-speed dual-clutch automatic transmission, complete with paddle-shifters (which will no doubt please Supercars team owners), and power will all go to the rear-wheels. Testing at the Nurburgring Nordschleife is commonplace for most cars in order to improve handling, but Chevrolet is expected to take the Z06 to the next level in terms of dynamic ability.

The recent spy images of the Z06 gave us our best look at its unique aerodynamic package. It’s expected to have a unique front bumper, which has reportedly been designed to aid cooling, with larger inlets for the radiators and brakes, as well as for improved handling thanks to its larger front lip. At the rear there’s a large, centrally-mounted wing that sits above the rear decklid.

Carbon fibre wheels are likely to be an option too, to further reduce unsprung weight. It’s possible these could be fitted as part of a specific track pack for those who prefer the most extreme version of the Z06. With the car not officially unveiled yet it’s too early for GMSV to make any public commitment. But given the brand’s long-term plans in Australia, coupled with a report GMSV applied for the ‘Z06’ trademark back in July, it seems highly probable that the Z06 will find its way to Australia eventually.

The exact timing is hard to know, but given its late 2021 launch in the US don’t expect to see it locally until late 2022 at the absolute earliest. GMSV will be focused on establishing the C8 Stingray in the short-term but the future of Corvette in Australia is likely to be about expansion.