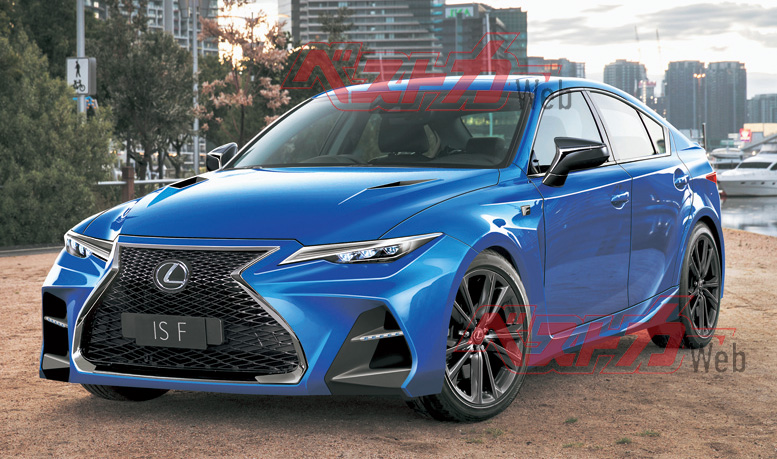 Lexus is reportedly bringing back the IS F Credit: Best Car Web

Trusted Japanese publication, Best Car Web, is reporting the Lexus will revive its sport sedan after seven years on ice. Lexus introduced the IS F in 2007 with a 5.0-litre V8 engine squeezed into its small sedan to do battle against the BMW M3 and Mercedes-AMG C63, but discontinued it in 2013.

Since then it has largely focused its efforts on the RC F coupe and GS F sedan, but it seems with the facelift of the IS range earlier this year it has seemingly decided the time is right to bring back its compact sports sedan.

While the Japanese company is working on an all-new twin-turbo V8 engine for future performance cars, the IS F will stick with the brand’s existing hi-po motor – an old-school 5.0-litre V8. This is the same engine used in the original IS F, RC F and GS F but it has reportedly been given an upgrade for this latest (and likely final) deployment.

It will now make 354kW of power and 535Nm of torque according to the report, which is a minor bump from its original 351kW/530Nm outputs; but more power is more power. While that’s still short of the expected 375kW/600Nm punch from the upcoming new-generation BMW M3 with its six-cylinder twin-turbo, it will be enough to make it competitive against its German rivals.

What’s more, it will have the unmistakable deep growl of a classic naturally-aspirated V8, which should help it appeal to purists.

As for the rest of the IS F, expect the usual sports sedan treatment, including a track-tuned chassis and more aggressive body kit and bigger alloy wheels.

Lexus will reportedly take the wraps of the new IS F in November this year, so anticipate it hitting Australian showrooms sometime in the second half of 2021.