Overshadowed by the thrilling race between Jack Miller and Pol Espagaro at last weekend’s BMW M Styrian MotoGP event, BMW gave us a preview of the new BMW M4.

Set to be officially unveiled next month (September) the Bavarian brand continued its drip-feed of its new generation of performance coupe. The brand has already shown us the striking new BMW 4-Series and teased the twin-under-the-skin BMW M3, so there’s a lot we already know about the new M4.

For starters, it will be powered by a 3.0-litre twin-turbo straight-six available (at least overseas) in two different states of tune. 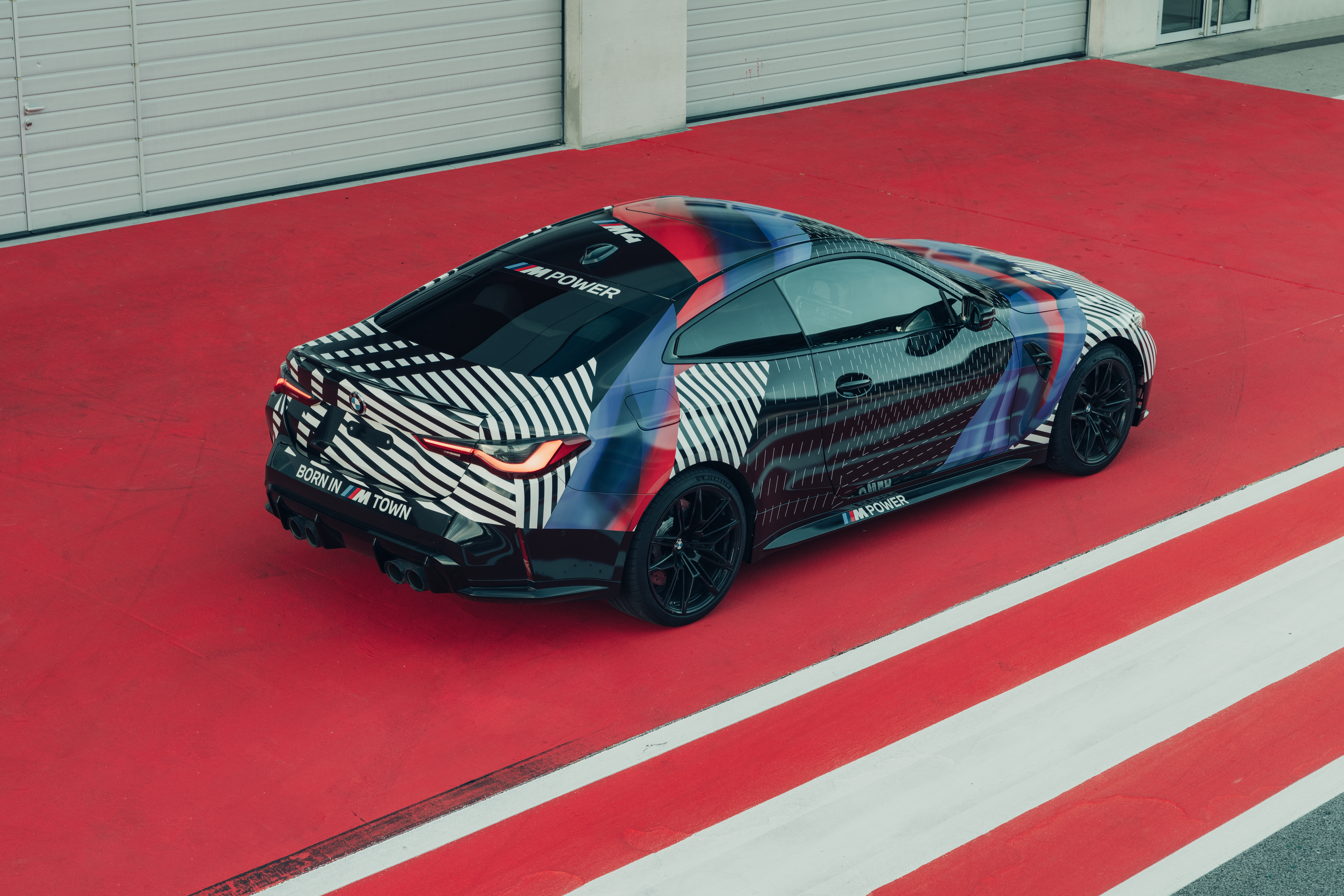 The standard M4 will be packing 353kW and comes standard with a six-speed manual transmission, while the M4 Competition will get 375kW and an eight-speed automatic.

With the engine expected to be boasting up to 600Nm of torque, BMW M will offer its xDrive all-wheel drive system to help transmit all that grunt to the tarmac. But, in good news for those who enjoy sliding their M4 it’s believed the xDrive system will be able to decouple the front axle to allow for a ‘drift mode’ when the mood takes you.

However, it’s expected (as with the M3) that the M4 will come standard with a rear-wheel drive chassis to appeal to purists. What we did see in Austria though was the clearest indication yet of what the new M4 will look like, despite the car being decked out in a camouflage livery. Looking beyond the distracting pattern you can see the M4 retains the huge ‘kidney grille’ of the 4-Series at the front. There’s also a subtle body kit with a deep front splitter and small rear deck spoiler.

The M4 was shown off alongside the new racing version of the model, the M4 GT3, which will take part in selected races in 2021 before being sold to customers for the 2022 season.