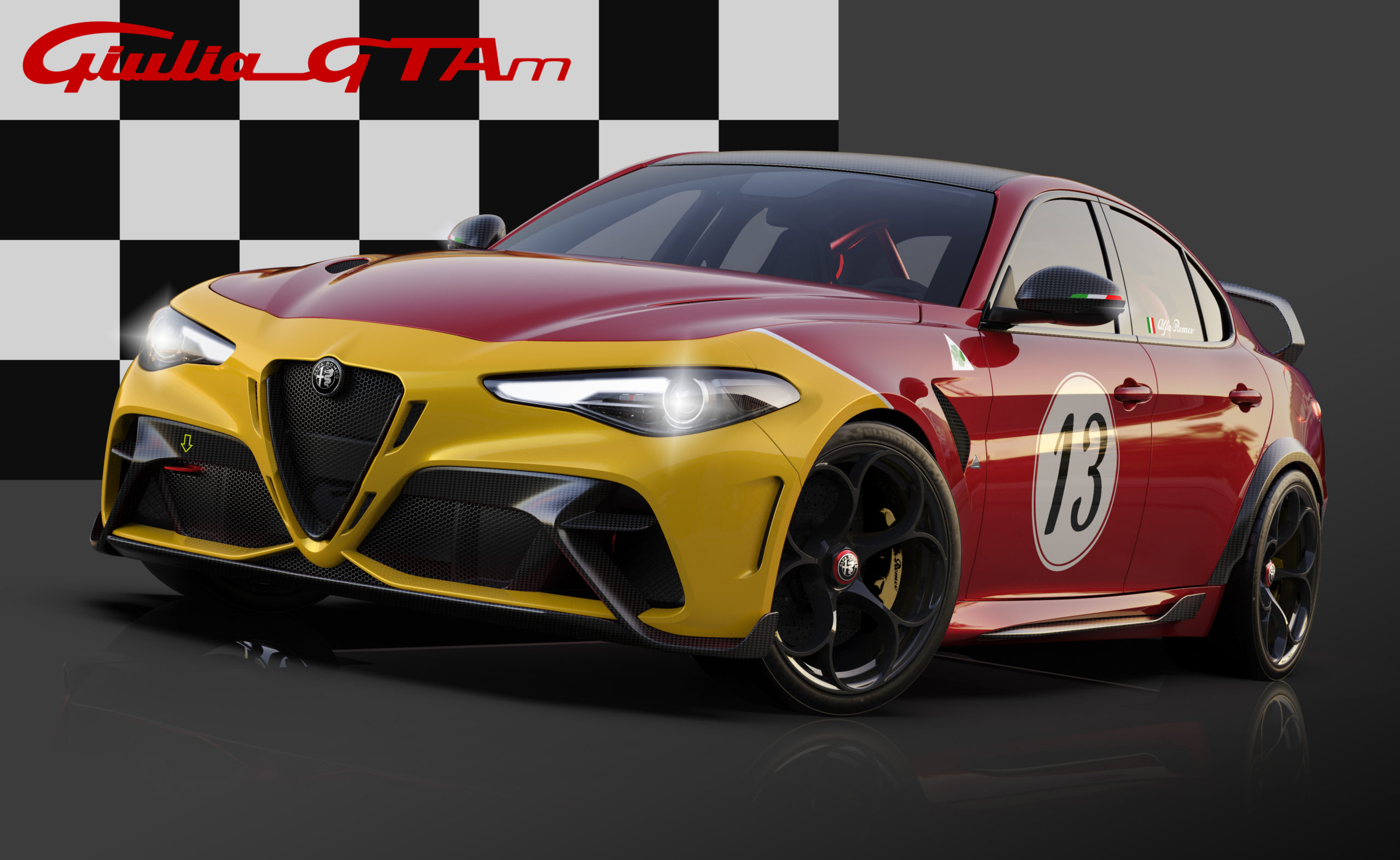 Alfa Romeo and Lotus are letting owners celebrate the glorious racing past in their latest models. Both the Italian and British brands have unveiled plans this week for retro racing liveries that customers can order.

Alfa Romeo has revealed a range of paint schemes for its red-hot Giulia GTA and GTAm models that are based on its illustrious touring car career. Alfa Romeo Centro Stile has recreated the looks worn by the GTAm in the 1960s, including the famous ‘white mask’ and ‘yellow mask’ that was originally designed to tell teammates apart. The yellow version is particularly famous as it was the scheme used by Toine Hezemans when he claimed the 1970 and ‘71 European Touring Car Championships.

Other retro looks include the classic Italian tricolour running down the centre of the car, and the brand’s famous cross and serpent logos prominently on the bonnet. Of course, if these are all a bit much, owners of the 402kW super sedan can opt for GTA Red, Trophy White or Montreal Green. Meanwhile at Lotus, the British sports car maker has taken the wraps off a quartet of Elise Classic Heritage Editions to pay tribute to its motor racing legacy. Only available on the Elise Sport 220 and limited to 100 examples, the Heritage Editions evoke memories of the brand’s glory days.

There’s the red, white and gold made famous by the Formula One team’s ground-breaking Gold Leaf cigarette sponsorship in the late 1960s. There’s also its arguably more famous John Player Special black and gold look that adorned the cars of Emerson Fittipaldi, Mario Andretti and Ayrton Senna – to name a few. The 1980 Lotus Type 81 that Nigel Mansell, Elio de Angelis and Andretti raced with its Essex sponsorship that brought a blue, red and silver look to the team is the next option.

Lotus has also paid tribute to late Stirling Moss and his famous victory in the 1960 Monaco Grand Prix – the first F1 victory for the brand. His privately-run Rob Walker-entered Lotus 18 was blue with a white stripe, and that combination looks at home on the Elise.