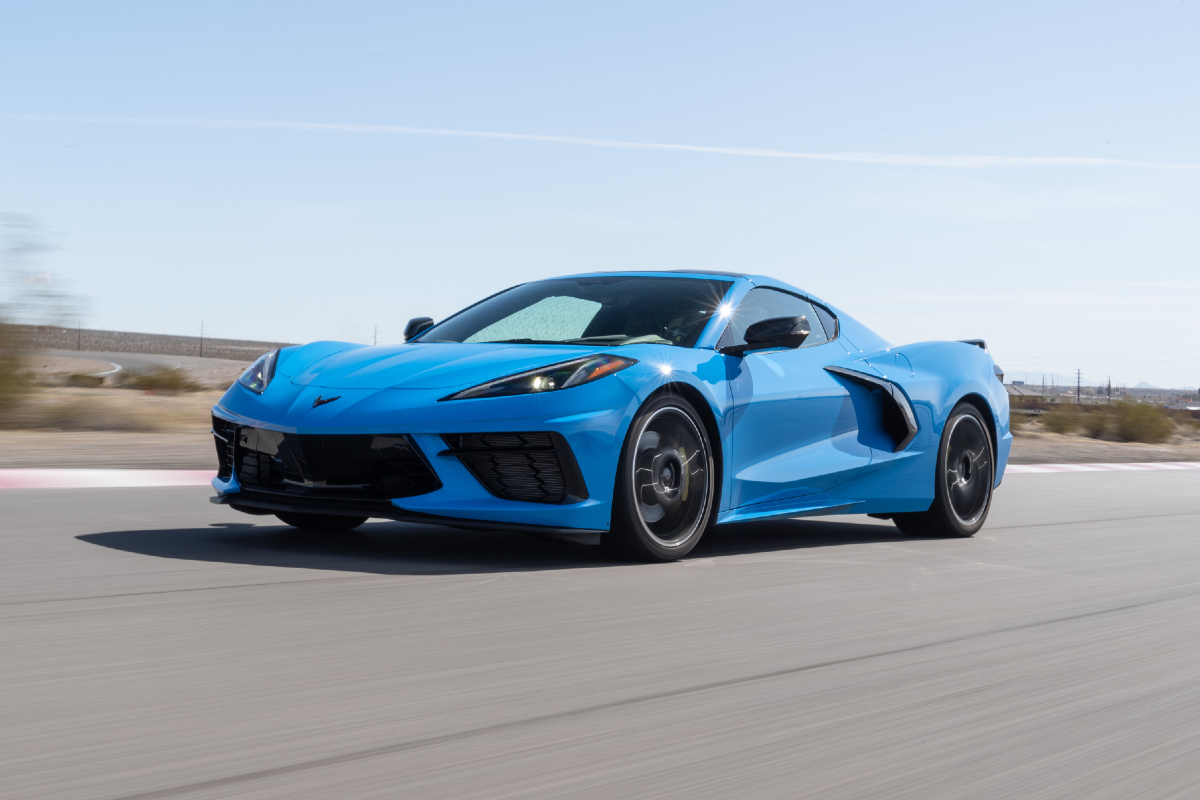 Chevrolet is working to expand the Corvette line-up

As Australians count down the days until the Chevrolet Corvette C8 Stingray arrives locally, the US car maker is busy preparing the next wave of Corvette performance heroes.

Video has emerged overnight of the new Corvette Z06 testing at Germany’s Nurburgring, while reports from America shed more light on the upcoming hybrid ‘Vette – dubbed E-Ray. These two will form the next stage of the Chevy’s Corvette expansion, with expectations of more to come, including a 745kW (1000hp) flagship carrying the ‘Zora’ badge.

For now though let’s look at the two upcoming models and what we know so far.

Chevrolet confirmed its worst-kept secret in July, releasing a video teaser previewing the shrieking flat plane crank V8 that will power the Z06. Confirmed to be revealed later this year, likely at November’s Los Angeles Motor Show (pandemic permitting), the Z06 will be a step up from the C8 Stingray in terms of performance.

The Z06 will fill the role of the track-focused ‘Vette, think of it as the 911 GT3 of the Corvette line-up, with inspiration taken from the C8.R that competes in the IMSA sports car championship.
New video has emerged overnight showing what is believed to be the Z06 lapping Germany’s Nurburgring Nordschleife on an official industry test day. The video and images give away a lot of new details about the Z06, including a better look at its redesigned aerodynamics.

There’s a new front bumper which has apparently been designed to aid cooling, with larger inlets for the radiators and brakes, as well as for improved handling with its larger front lip. But the most notable change is at the rear, where a large, centrally-mounted wing sits clear of the rear decklid. Also visible at the back end are four central exhaust pipes, which is taken from the previous C7 generation Z06.

Of note, a Z06 with a standard rear spoiler was also spotted testing, which suggests Chevrolet may offer the larger wing as an option for those who intend to use it for heavier track use.

The Z06 is also expected to swap the regular rubber of the Stingray for more track-friendly Michelin Pilot Sport Cup 2 R tyres; at least on the potential track pack. 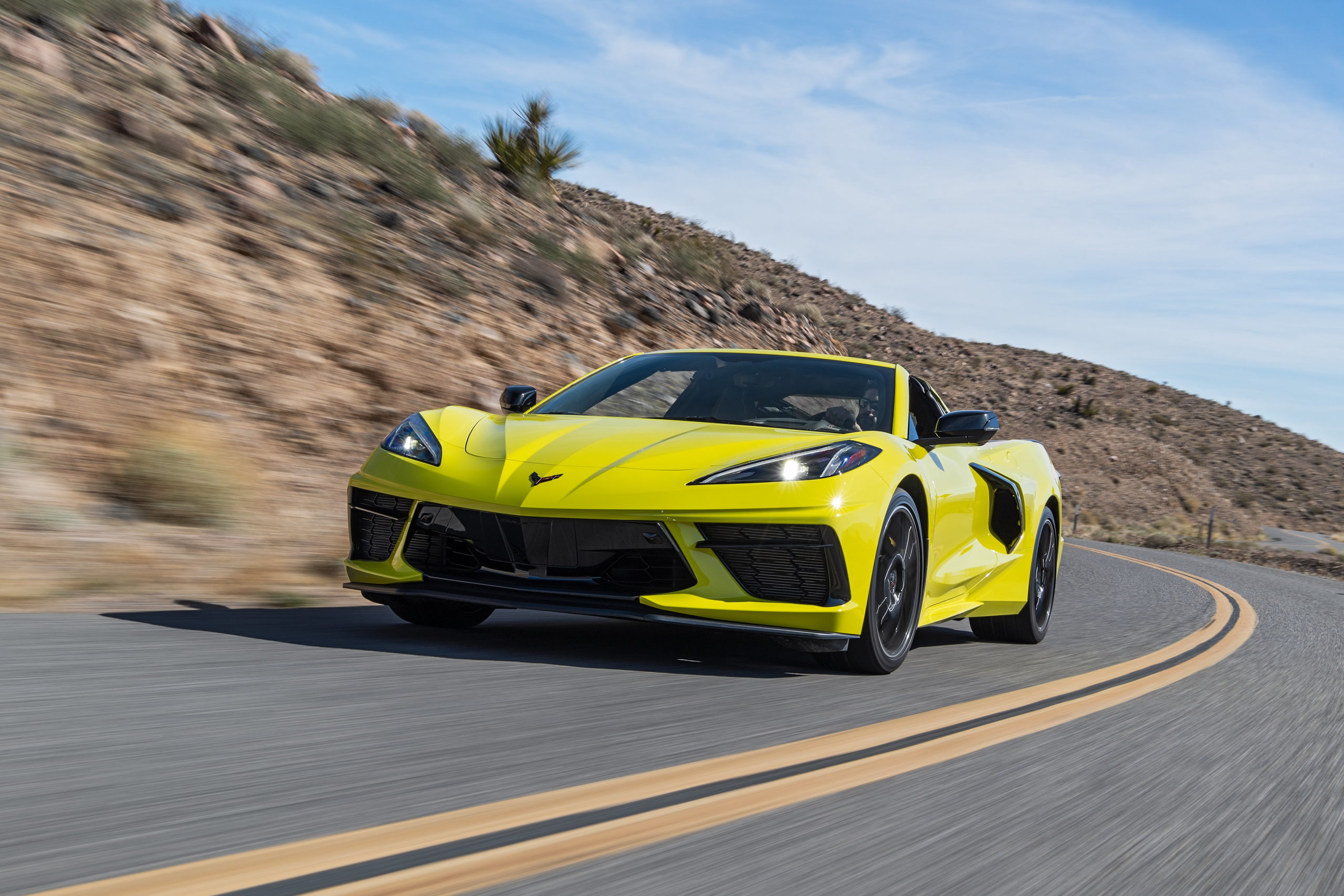 With the Z06 set for its big reveal by the end of 2021 Chevrolet’s engineers are already busy at work on the next addition to the line-up, the hybrid E-Ray.

While we’ve written about a hybrid Corvette in the past, that was the rumoured Zora, which will pack a 745kW punch from its combination of electric motors and a twin-turbo version of the 5.5-litre V8, instead the E-Ray is an all-new model. Technically speaking this new addition to the range will effectively replace the Grand Sport in the line-up, offering more performance than a standard Stingray but with a ‘grand tourer’ vibe rather than a full-blown track weapon.

Still, if the latest report from America’s Muscle Cars & Trucks is accurate, the E-Ray will still be a very potent member of the Corvette line-up. The publication claims the E-Ray will get similar body upgrades to the Z06 – including a more aggressive aero package – but will ride on unique wheels and stick with Michelin Pilot Sport 4S tyres.

More importantly is what’s under the bonnet, and in fact, what will be under the front-end bodywork. That’s because the E-Ray will retain the Stingray’s 6.2-litre V8 but supplement it with a front-axle mounted electric motor and battery pack. This will boost power to 485kW (650hp) and also make the E-Ray all-wheel drive.

The best news of the report is that the E-Ray will be built in both left- and right-hand drive, making it very possible that it will join the local General Motors Specialty Vehicles line-up.