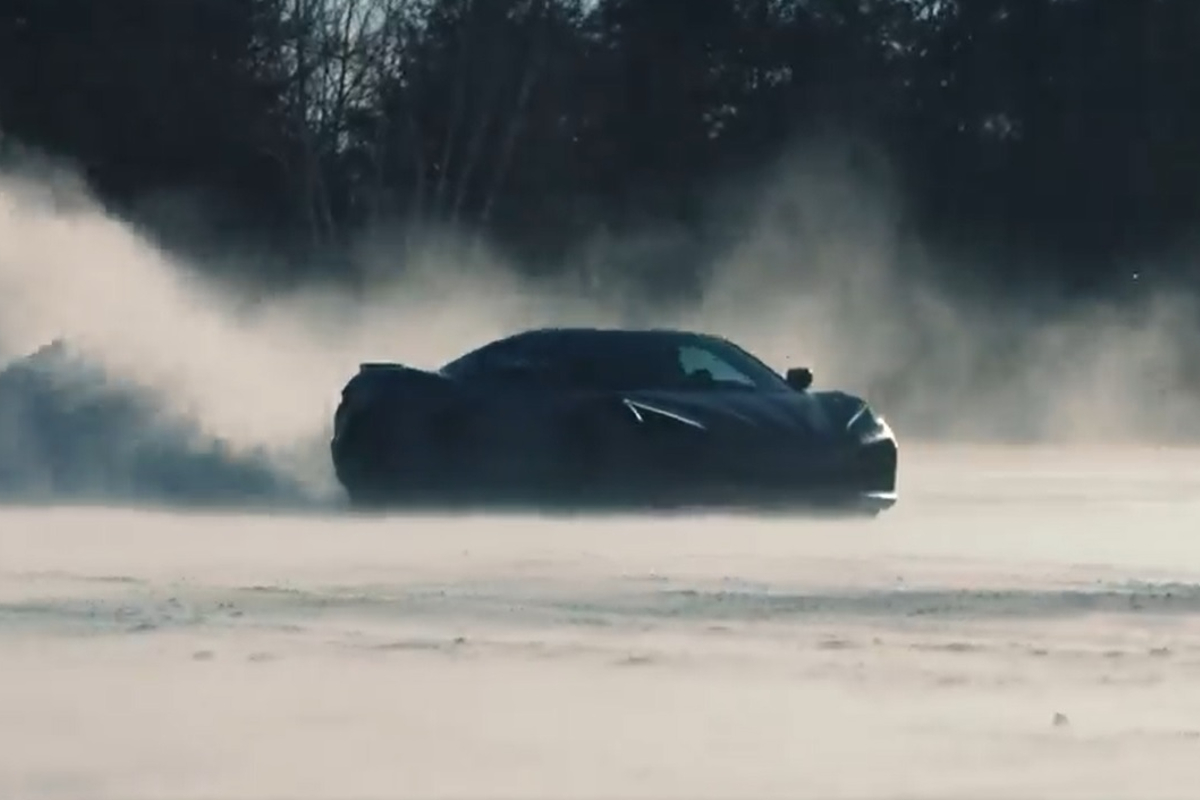 After years of teasing and speculation, Chevrolet has finally confirmed an all-electric Corvette is coming. General Motors president Mark Reuss said the new battery-powered sports car will follow a hybrid model which is set to be revealed in 2023.

Writing on a LinkedIn post Reuss – who was once president of Holden during his rise through the GM ranks – said electrification is coming to America’s most famous performance model.

The post was accompanied by a video of a prototype Corvette testing in the show, significantly with what appears to be a front-axle hybrid system that’s working in conjunction with the mid-mounted V8. This is likely the long-rumoured ‘E-Ray’ that we’ve already written about.

The E-Ray is expected to combine the standard 6.2-litre V8 found in the Stingray and an electric motor mounted on the front axle. This will bump up power to approximately 447kW – up from 369kW with just the V8 – as well as providing all-wheel drive traction.

This isn’t expected to be the end of electrification either, with long-running speculation from Detroit that Chevrolet is plotting a new halo model for the Corvette range that will carry the Zora badge. This new Corvette Zora will reportedly combine the electric motor with a twin-turbo version of the 5.5-litre V8 developed for the track-inspired Corvette Z06. This would be Chevrolet’s most powerful sports car and would take direct aim at European supercars from Ferrari, Lamborghini and McLaren.

News of a fully-electric Corvette is more surprising but Reuss didn’t make any specific reference to timing so there’s no guarantee it will come in the life of the current C8 model. But it’s certainly possible, with Reuss pointing out in his post that the Corvette design team is based at the same Warren, Michigan facility as GM’s electric vehicle team.

GM has been ramping up its EV models, developing its all-new modular Ultium platform for a range of models across various brands. The GMC Hummer, Chevrolet Silverado, Cadillac Lyriq and Chevrolet Blazer are all already confirmed to arrive in the next two years.

If the Ultium motor and battery package can be adapted to fit into the C8 chassis, GM has the tools it needs to make an electric Corvette a reality before the end of the decade.