That’s not a ‘clickbait’ headline, Toyota really has made a hypercar that should be capable of competing with the best from Ferrari, McLaren, Porsche, etc.

Dubbed the GR Super Sport (which stands for Gazoo Racing), the new hypercar is the hero of the brand’s expanding range of ‘GR’ branded performance cars that currently includes the Supra, 86 and Yaris hot hatch.

The GR Super Sport is heavily based on the company’s Le Mans-winning TS050 prototype and will also form the basis for its upcoming Le Mans Hypercar (LMH) entry for the 2021 World Endurance Championship. 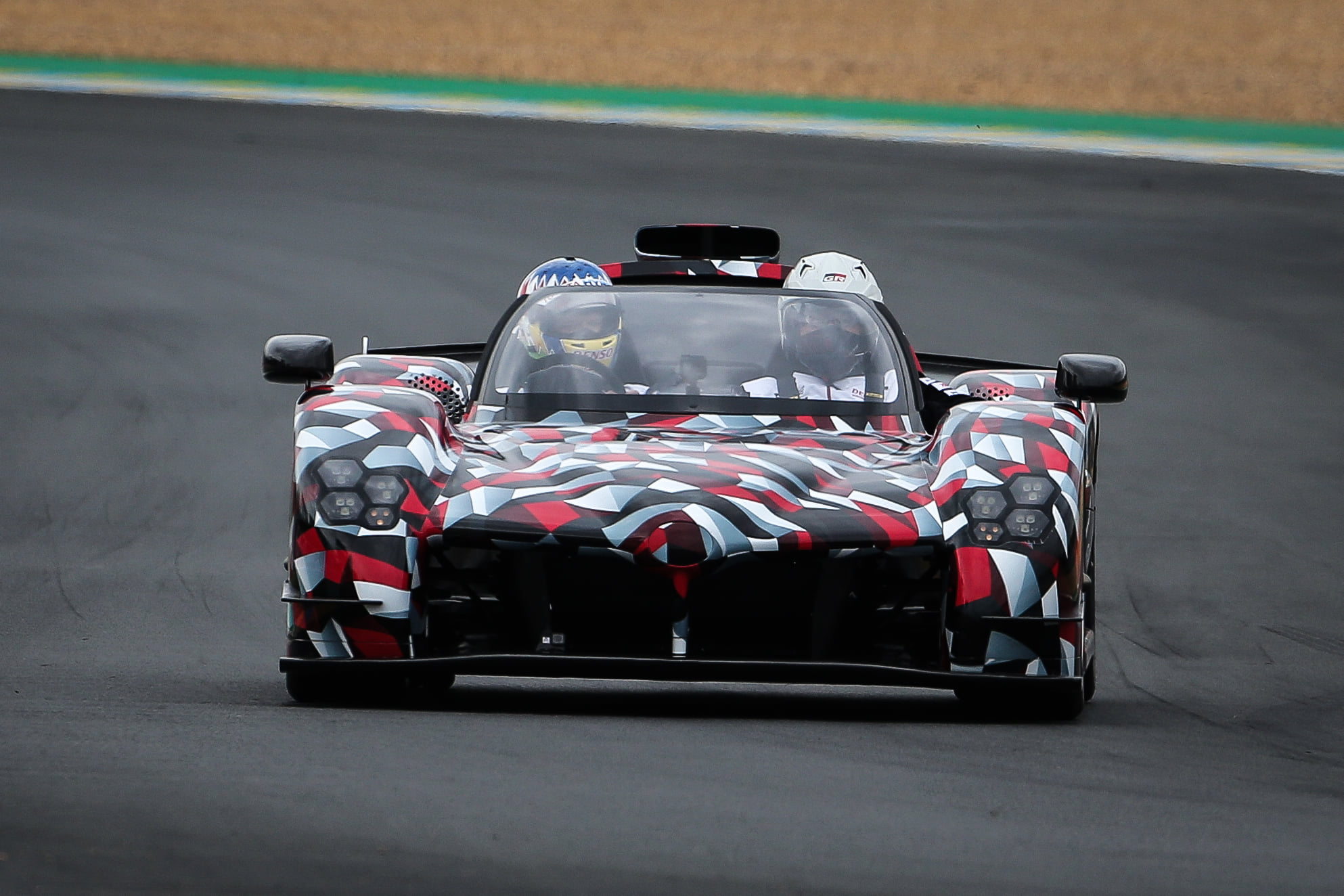 Unlike the closed-roof version of the car seen in the footage, this latest example featured an open-top. Recently uncovered patent drawings suggest Toyota is considering a canopy-style opening for what appears to be a tight cabin; at least based on Wurz’s helmet-head sticking up above the windscreen.

It’s unclear exactly what’s hiding underneath the skin of the GR Super Sport, with Toyota previously stating it would have a version of the TS050’s twin-turbo V6 petrol engine with hybrid system which is capable of up to 725kW.

However, that was before Le Mans’ organisers confirmed the technical regulations for the LMH category, having now declared all racing versions can’t produce more than 492kW. So it’s unclear if Toyota will peg its hypercar back to match its racer, or just unleash it. Regardless of which output it ends up with it should be suitably rapid, with a claimed kerb weight of just 1100kg; not much more than a Mazda MX-5.

Toyota isn’t the only car company trying to turn its racing car into a road-going hypercar. Mercedes-AMG is building the One, a supercar that uses an engine based on its all-conquering F1 hybrid V6. Aston Martin is also putting the finishing touches to its Adrian Newey-designed Valkyrie hypercar, which has been developed by the British sports car brand in partnership with Red Bull Technologies.

Toyota is set to compete against Peugeot, Scuderia Glickenhaus and ByKolles in the LMH rules – with boutique sports car maker Glickenhaus confirming it will offer a road-going version of its Le Mans racer too.