Cargo ship sinks with $400m worth of cars

Cargo ship sinks with $400m worth of cars 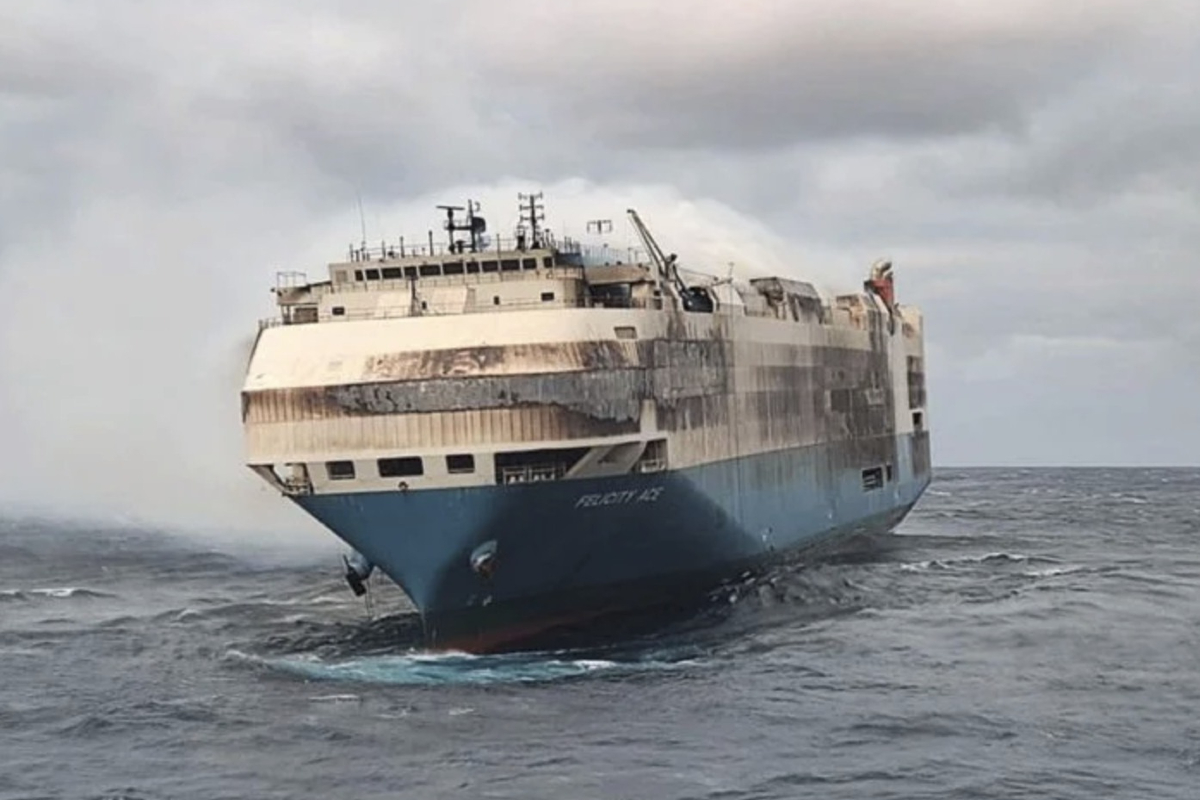 A cargo ship filled with Porsches, Bentleys and Lamborghinis has sunk off the coast of Portugal.

The Felicity Ace, a container ship that was on route from Europe to the USA, caught fire on February 16 and had been burning until March 1 when it suddenly listed and sank. It was reportedly carrying approximately 4000 cars from Volkswagen Group’s luxury brands worth more than $400 million.

While there has been no confirmation, one theory about the length and intensity of the fire is that some of the cars on-board were electric and the lithium-ion batteries burned hotter and were harder to put out.

One example of this was the July 2021 fire at a Tesla battery installation near Geelong which took emergency services nearly three days to extinguish.

The Felicity Ace was being towed by a tug when it sank, but it was approximately 400km off the coast of the Azores in the mid-Atlantic so it has sunk in deep water. This means neither the boat or any of the cars will be salvageable.

While none of the cars were headed to Australia, the loss of so many cars from relatively small manufacturers like Bentley and Lamborghini will almost certainly have an impact on the supply chain at a time when it was already under pressure.

This far from the first time a container ship has sunk with a literal boat-load of cars on board. Infamous recent examples include a South Korean ship capsized in 2019 off the US coast with more than 4000 Hyundais aboard. And back in 2002 a ship carrying almost 3000 BMWs, Volvos and Saabs sank in shallow water in the English Channel and had to be cut up and scrapped.