Buying a Mercedes-Benz is more fun that you think

Buying a Mercedes-Benz is more fun that you think 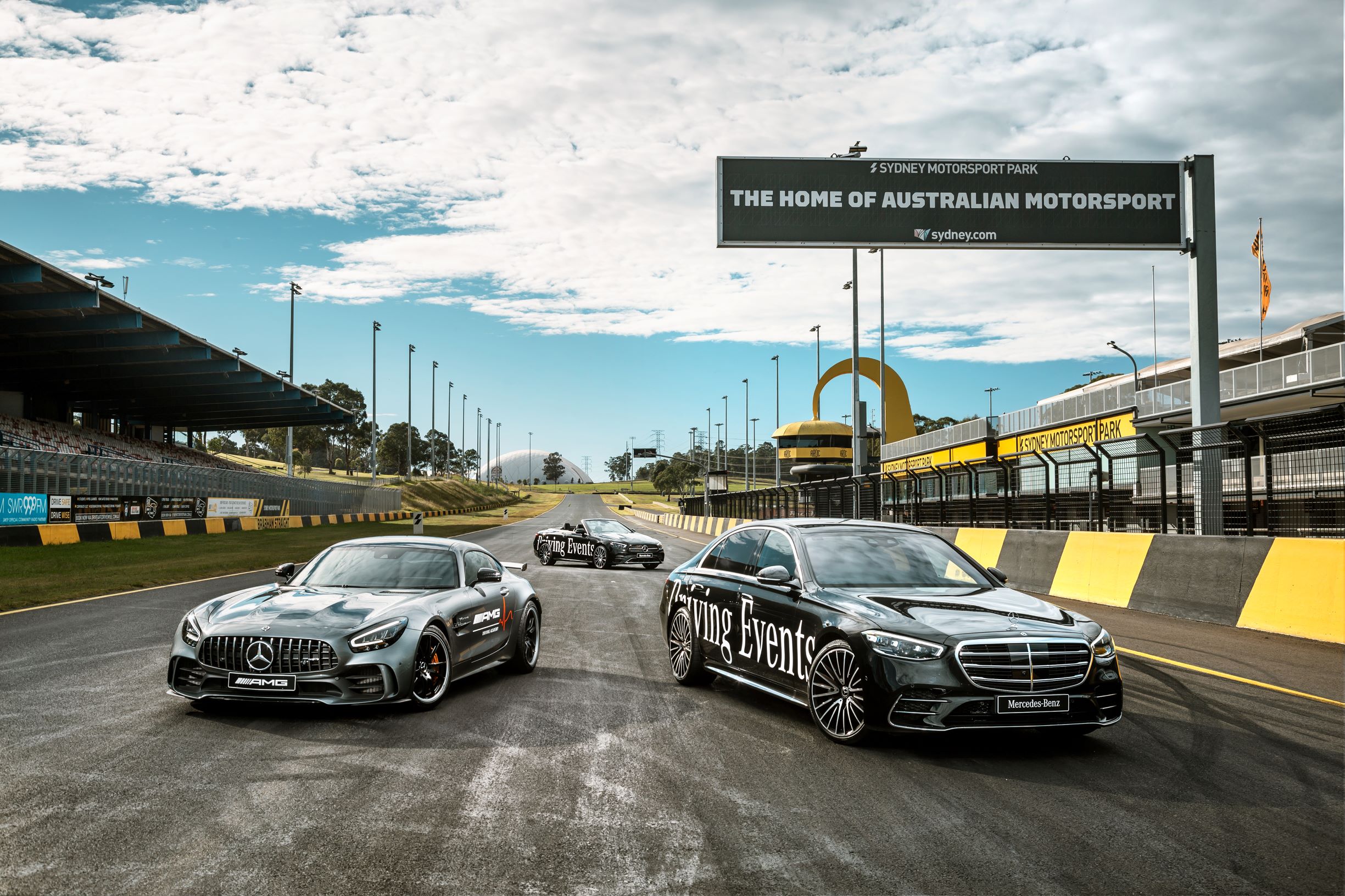 Mercedes-Benz Driving Event is back for 2021

Buying a new car is always an exciting experience – but some brands make it more exciting than others.

When I was a kid I used to love visiting the dealerships with my dad every few years when he got to choose a new company car. We’d head along and look at the shiney new models under the cleverly directed lighting, and if we were lucky take it for a spin around the block.

Selling cars has become more competitive since then, and car makers now go to much greater lengths to woo customers. This is particularly the case in the luxury market, where there’s more choice than ever before and cars are faster and more technologically advanced, so a simple spin around the streets near the dealership doesn’t cut it these days. 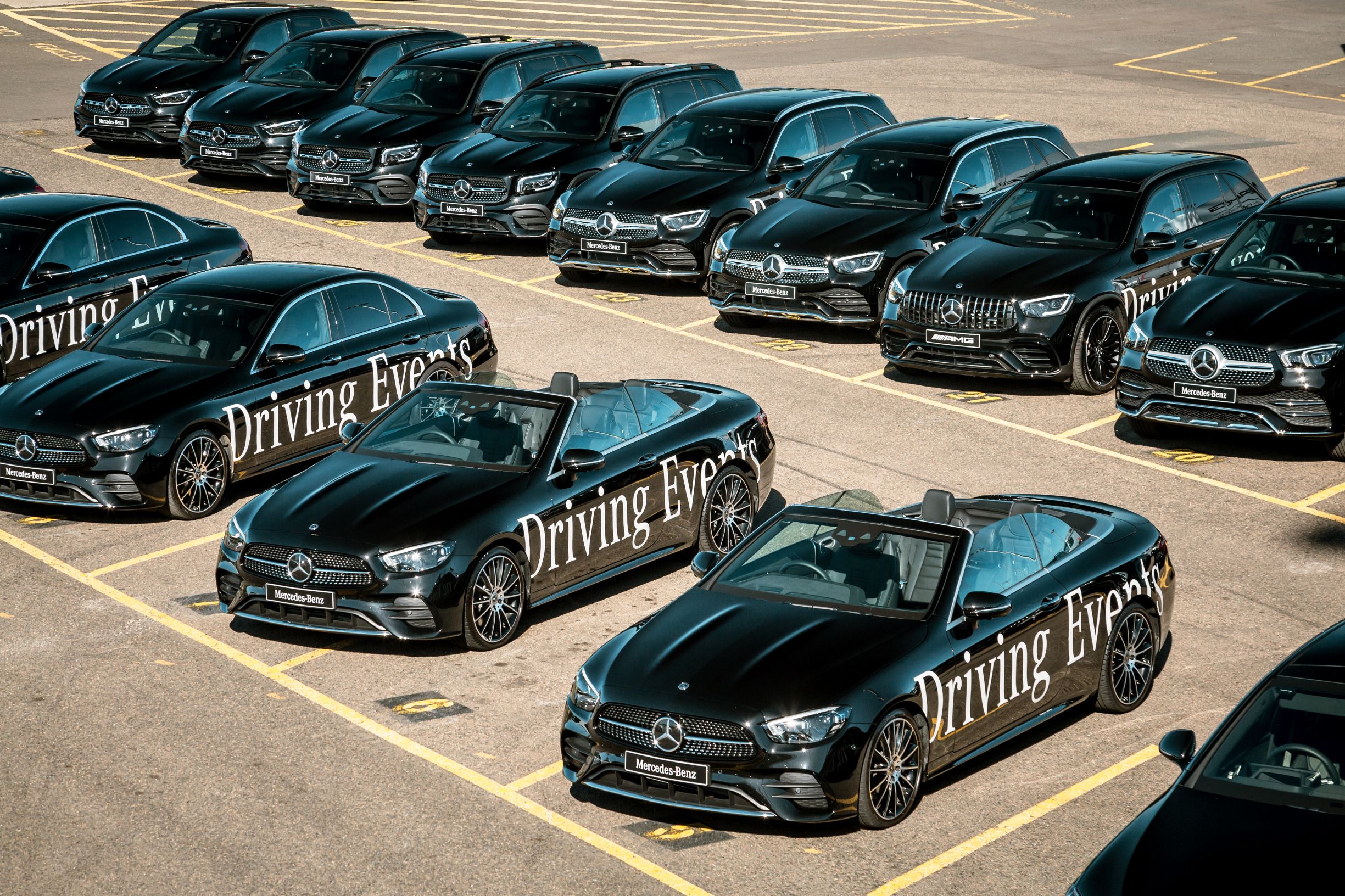 Some dealers will let you take a car home overnight, but then there’s brands like Mercedes-Benz that take things to the next level with custom-designed driving programs that allow potential and existing customers to experience the three-pointed star’s cars in a completely different environment.

After an obviously difficult 2020, Mercedes-Benz Driving Events is back for 2021 allowing the company to show-off everything it has to offer in a safe and controlled space. That means driving Benz, Maybach, AMG and EQ products in a variety of scenarios to get a taste of what the company can do.

In 2021 Mercedes-Benz Driving Events has assembled its largest fleet of cars – everything from an A250e to an AMG GT R – and will travel to every state to run the program. Torquecafe.com was invited along to the recent event run at Sydney Motorsport Park to see what it’s all about. 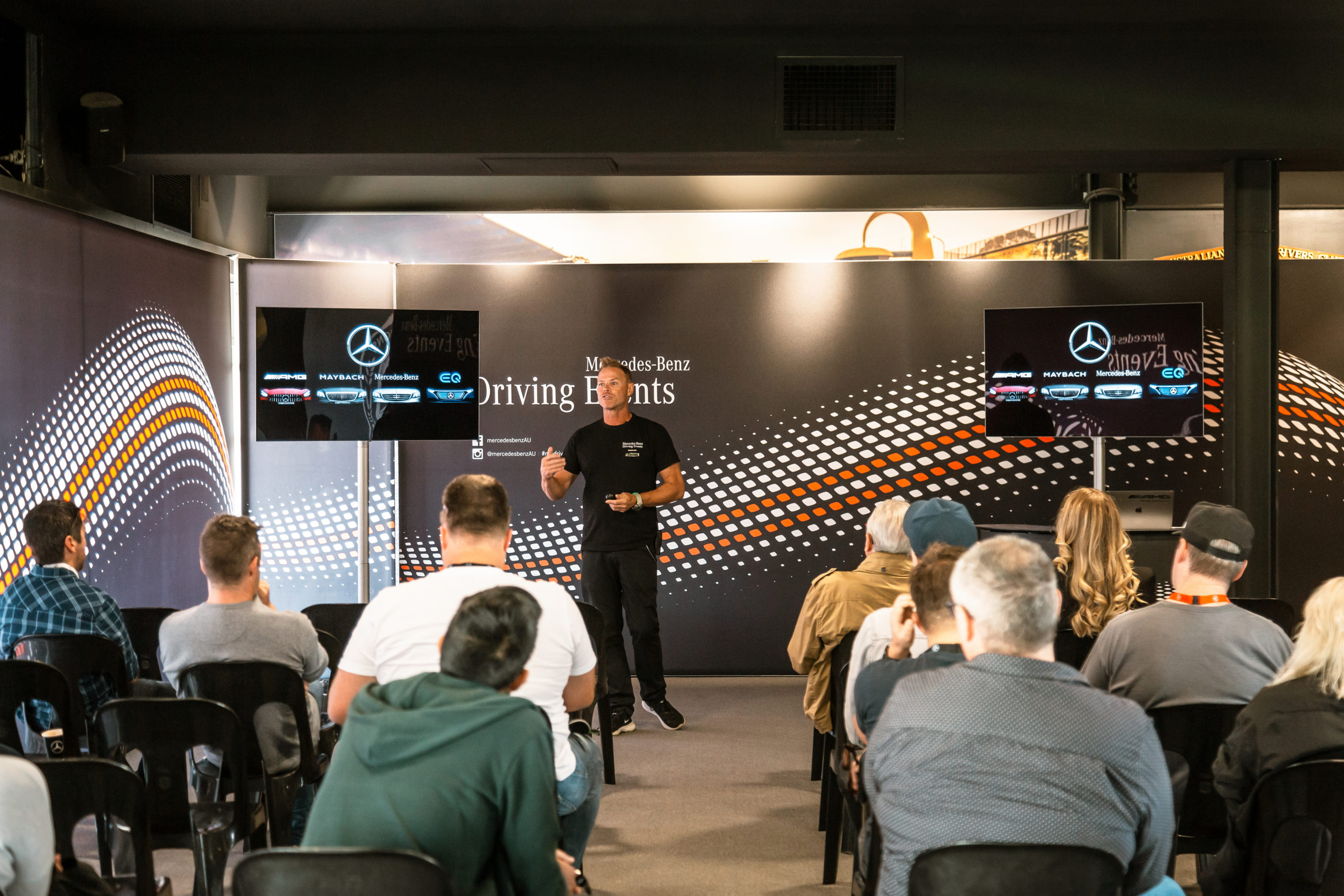 Longtime Mercedes Australia chief driving instructor (and Australian GT semi-regular) Peter Hackett leads a team of driving instructors (there are 65 used by the company through Australia and New Zealand with the exact number depending on the particular event) that includes some familiar faces for racing fans; including veterans Nathan Pretty and Stephen White as well as young chargers such as TCR’s Chelsea Angelo and Super 2 racer Jayden Ojeda.

The half-day is split into three programs that allows for you to get a small taste of as many vehicles in the range as possible.

Part one involved a similar familiarisation of the range, with laps around the track at your own pace. Basically there’s a cross-section of the Mercedes range line-up in pitlane, including the new S-Class, E-Class Cabriolet, A250e hybrid and GLB crossover, that you can take for a spin. Obviously the idea isn’t to hot lap these types of cars, but you can drive them with more vigour than you can on the typical spin around the block. For Mercedes it’s undoubtedly a great way to expose existing customers to new models in a bid to upsell them into a newer or more expensive model in the range. 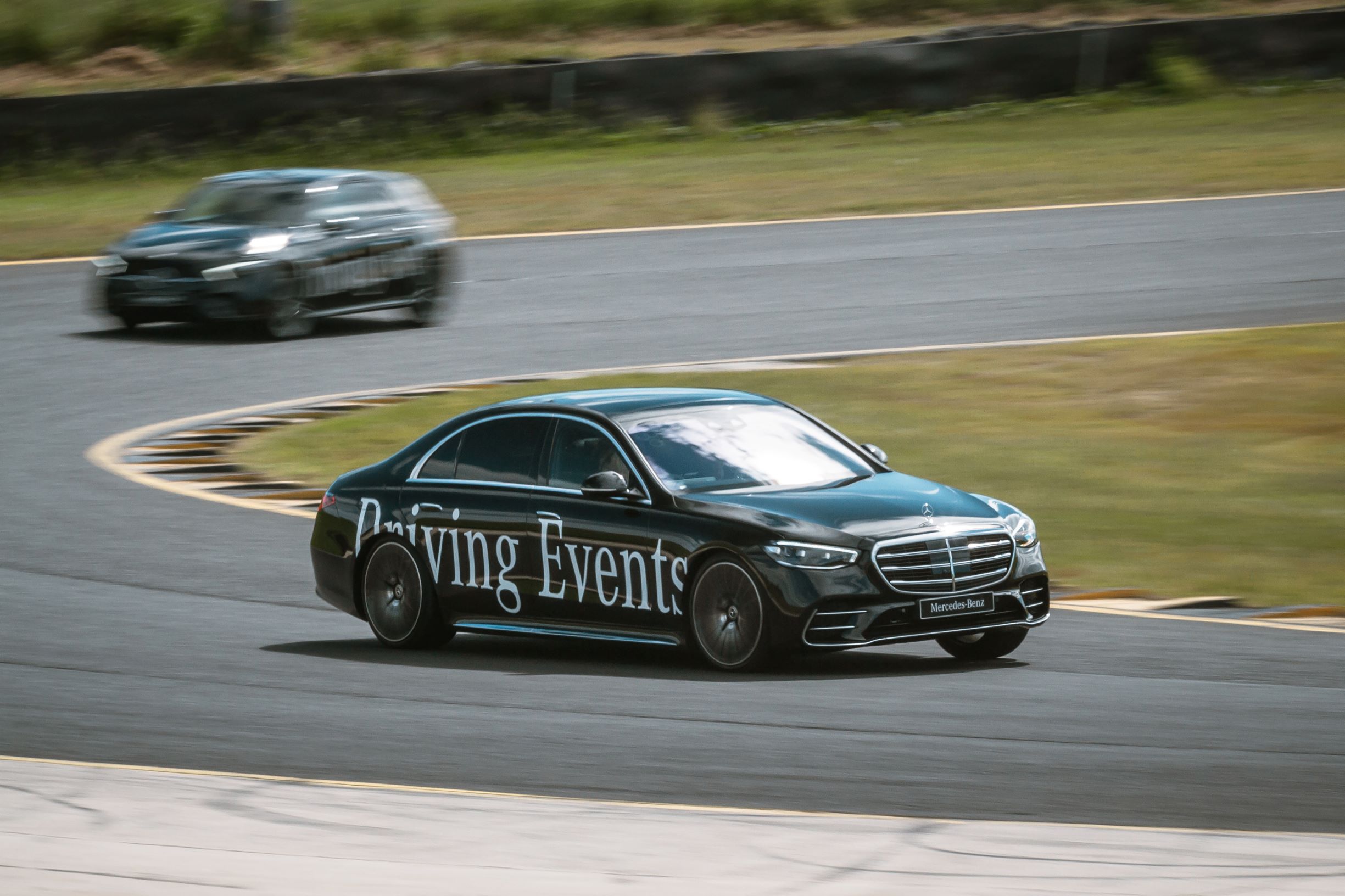 The next part of the program involves a careful demonstration of the company’s key active safety features, this includes forward collision warning with autonomous emergency braking, a function that isn’t easy to demonstrate on a typical test drive. To show off what it does the instructor drives the car at a number of stationary and moving objects – something that requires trust in the systems. But it’s a great way to showcase the latest in active safety that could save your life one day.

Moving to the final module things get more interesting thanks to the introduction of AMG C63 sedans. You can jump in and take some more spirited hot laps with an instructor alongside you giving you any guidance you require (although it should be noted that there’s a speed limit of 150km/h because no-one is wearing helmets). It’s a touch of the AMG Academy program that is designed to lure owners to commit to the more dynamic course another day (where, it should also be noted, there aren’t any speed limits).

And for an extra thrill, you instructor will jump into the driver’s seat and take you for a seriously hot lap. Our lap was with Sam Brabham, son of David and grandson of Sir Jack, who is currently based in Australia and a new member of the Mercedes-Benz team of instructors. Based on our run around SMP, great driving skill is a genetic condition for the Brabhams… 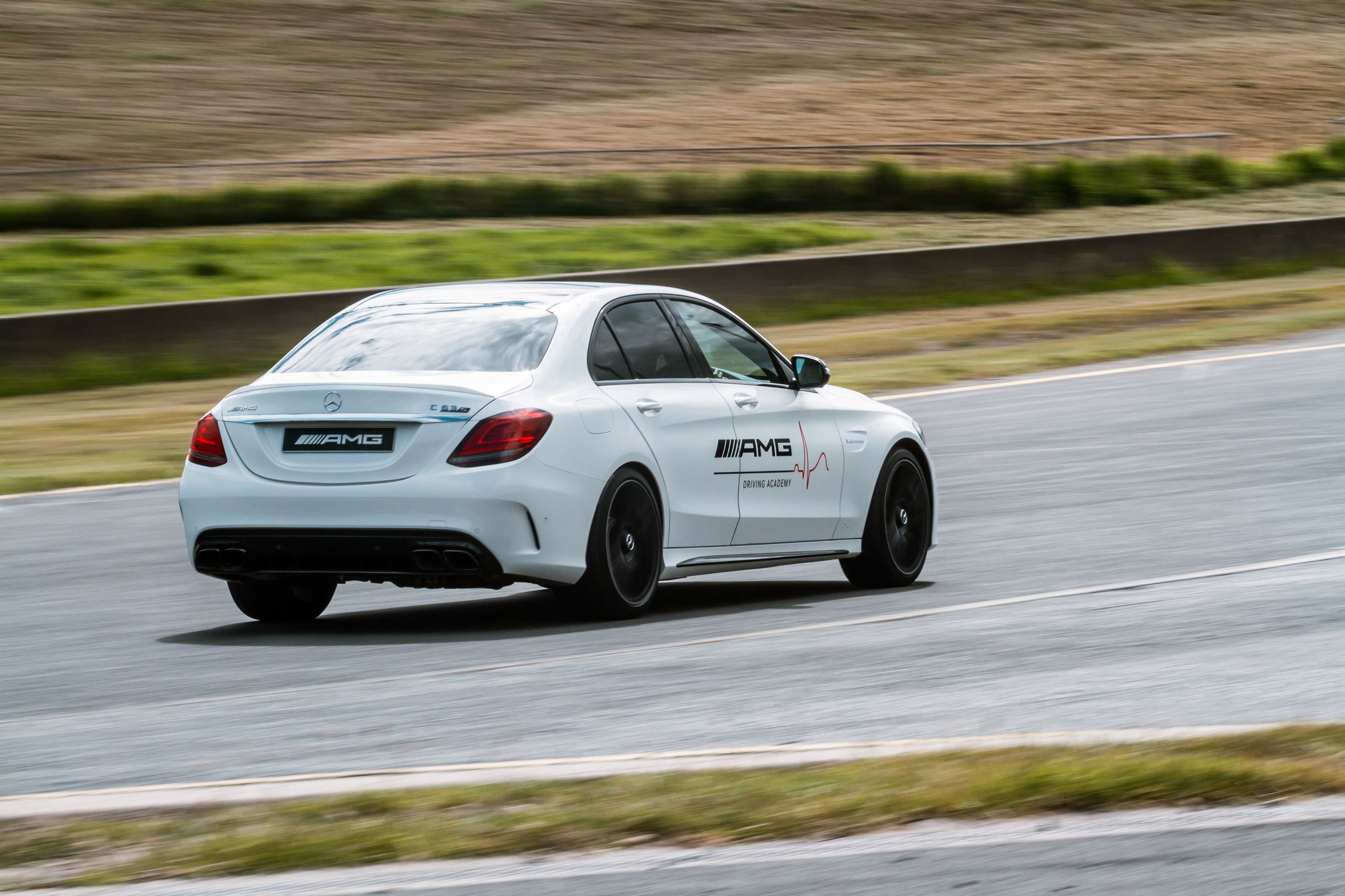 To underline the breadth of the Mercedes range you jump from the twin-turbo V8 C63 sports sedan into the all-electric EQC SUV. While this is meant to be a more sedate run around the track compared to the AMGs, it gives customers with little or no experience of EVs a chance to see what the future of cars is all about.

To finish the run on the track you get to jump to the very top of the AMG line-up – the hardcore, track-focused AMG GT R. Angelo rides alongside and is there to give you any instructions, but if you know what you’re doing Hackett has trained his team well so they don’t over-complicate or distract you from enjoying the potential of such a potent machine.

After that highlight it may seem hard to top, but the Driving Event has more in store to keep you entertained and learning. After the track you head to the track’s wet skid pan, where an E300 is awaiting you. While that may not sound like the most exciting ‘drift car’ this isn’t an ordinary E300 – well, it is – but it’s fitted with special ‘Easydrift’ tyre covers. At first glance they look like a slick racing tyre, but they’re actually hard plastic covers wrap around the tyre and allow you to slide on the wet surface with ease; think of them as more sophisticated version of slipping Maccas trays under your wheels when you were a teenager (if you were into that sort of thing…). 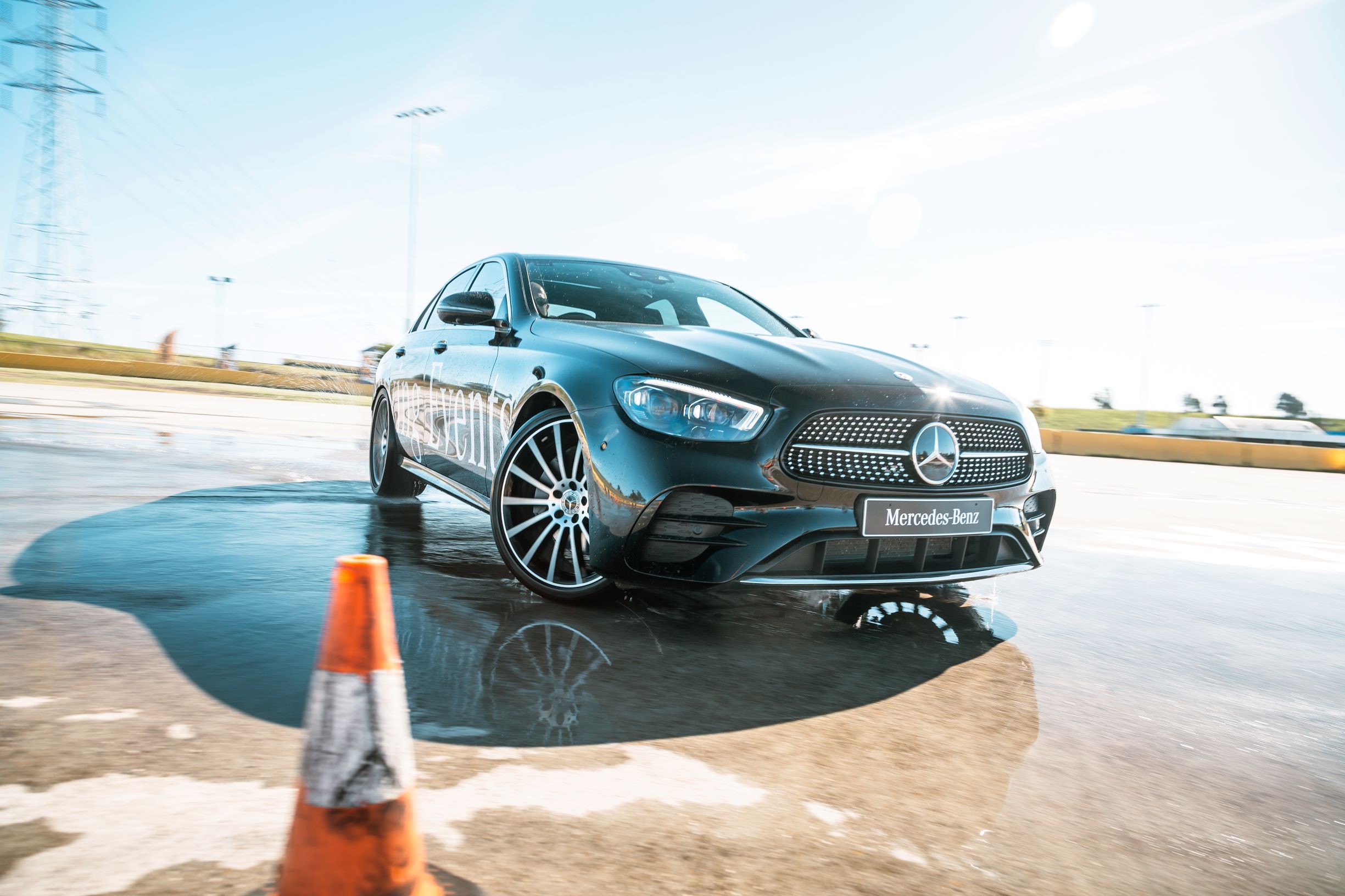 Drifting the Mercedes E300 is fun and educational

With the Easydrift covers fitted the E300 slides to ludicrous angles at low speeds but still rewards good car control – so you learn without having to over-power the grip in the standard tyre, which makes the process easier. After you’ve had your fun sliding around the instructor will ask you to turn on stability control so you can see that even with specially-made plastic covers the Mercedes’ safety systems can stop you from losing control.

Last, but by no means least, our day finished with a run around the Sydney Motorsport Park’s off-road course in the limousine-like GLS SUV. While it’s unlikely any owner would take their GLS off the beaten track, Mercedes wants to demonstrate just how capable they’ve made it. 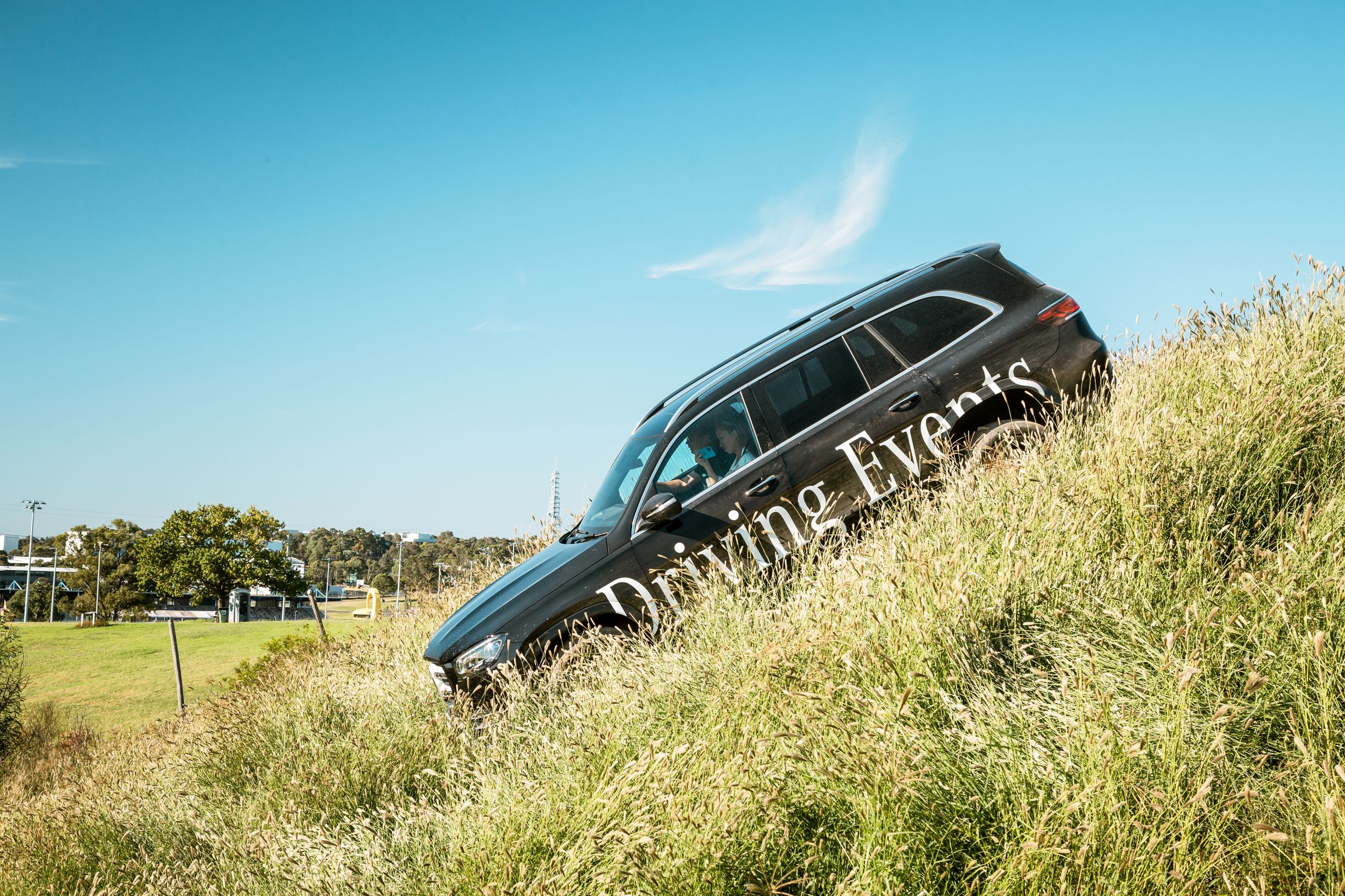 Mercedes shows off its off-road prowess with the GLS

To that end we ascended steep inclines, dropped down near vertical slopes, turned hairpin bends and waded through muddy water all with the ease and simplicity you expect from brand’s more synonymous with off-roading.

The best news about the Mercedes-Benz Driving Event program is that it isn’t just limited to owners and possible customers sent by dealers, it’s open to the general public to come along and try. It’s not cheap, at $550 for the half-day program, but it’s a great way to experience so many cars in a variety of conditions. And while there’s certainly a big sales push behind it, it’s also just an enjoyable day out learning about cars – and that’s something every serious car lover can enjoy.