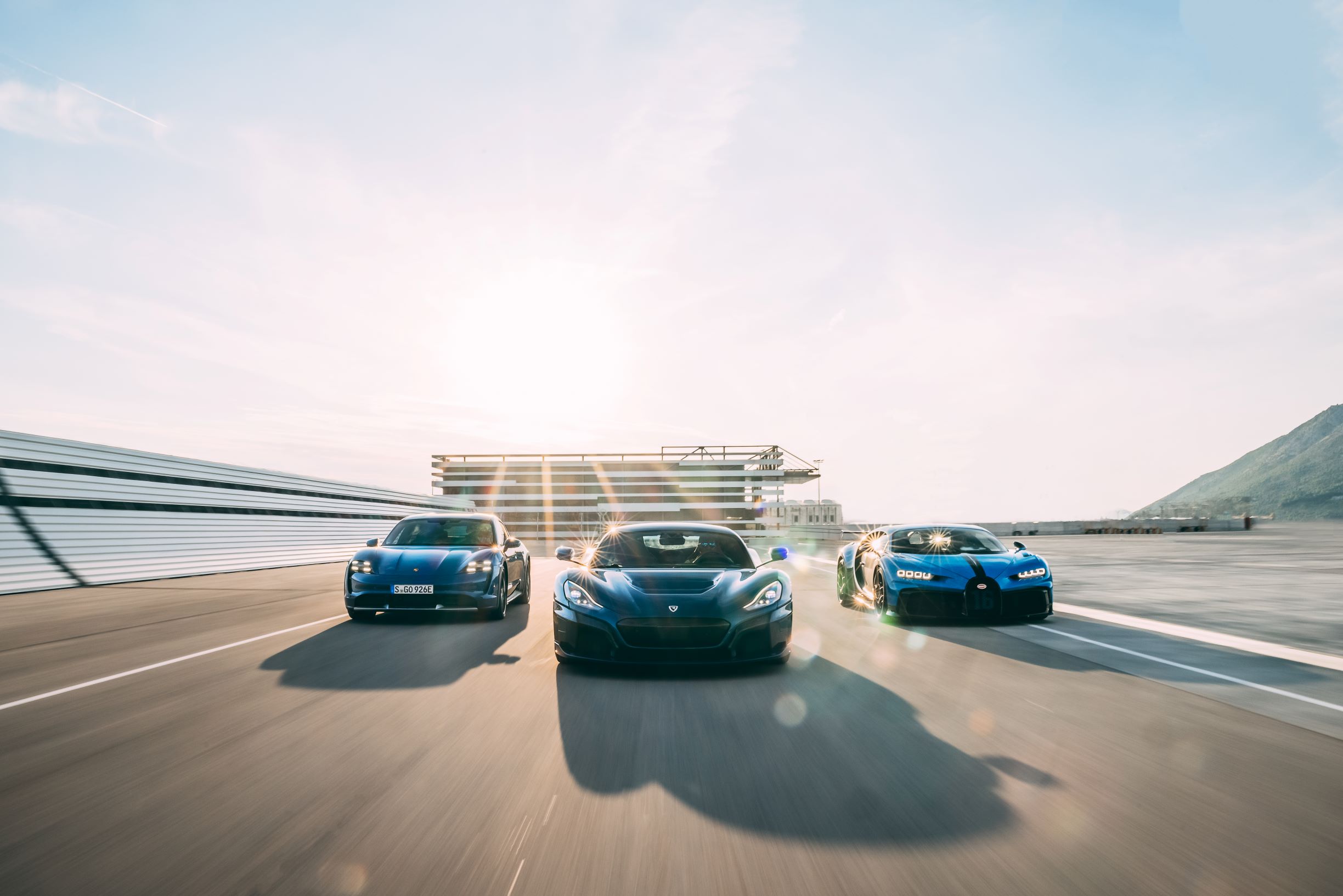 Bugatti and Rimac have officially joined forces with Porsche’s support

One of the oldest names in performance cars is merging with one of the newest.

In a marriage of old world reputation and modern day, cutting-edge technology, Bugatti is joining forces with Rimac. The famed French brand is currently part of the Volkswagen Group, but thanks to a new deal struck between Bugatti, Porsche and Volkswagen, the company that was founded in 1909 will now fall under the leadership of Mate Rimac, who started his namesake company in 2009.

The new Bugatti-Rimac company will continue to operate separate brands, but with electrification set to dominate the future of performance cars the two will work together to produce hybrid and electric hypercars. The deal has been in the works for months, as we reported back in September last year, and frees Volkswagen Group to focus its resources on its mass-produced brands – VW, Audi, Skoda, Seat and Cupra – while giving Bugatti and Porsche access to Rimac’s in-demand electric powertrains.

“This is a truly exciting moment in the short, yet rapidly expanding history of Rimac Automobili,” said Mate Rimac. “We have gone through so much in such a short space of time, but this new venture takes things to a completely new level. Rimac and Bugatti are a perfect match in terms of what we each bring to the table. As a young, agile and fast-paced automotive and technology company, we have established ourselves as an industry pioneer in electric technologies. With the Nevera, we have also proven that we can develop and manufacture outstanding hypercars that are not only fast but also exciting and high-quality. Bugatti, with over a century of experience in engineering excellence, also possesses one of the most exceptional heritage of any car company in history.” 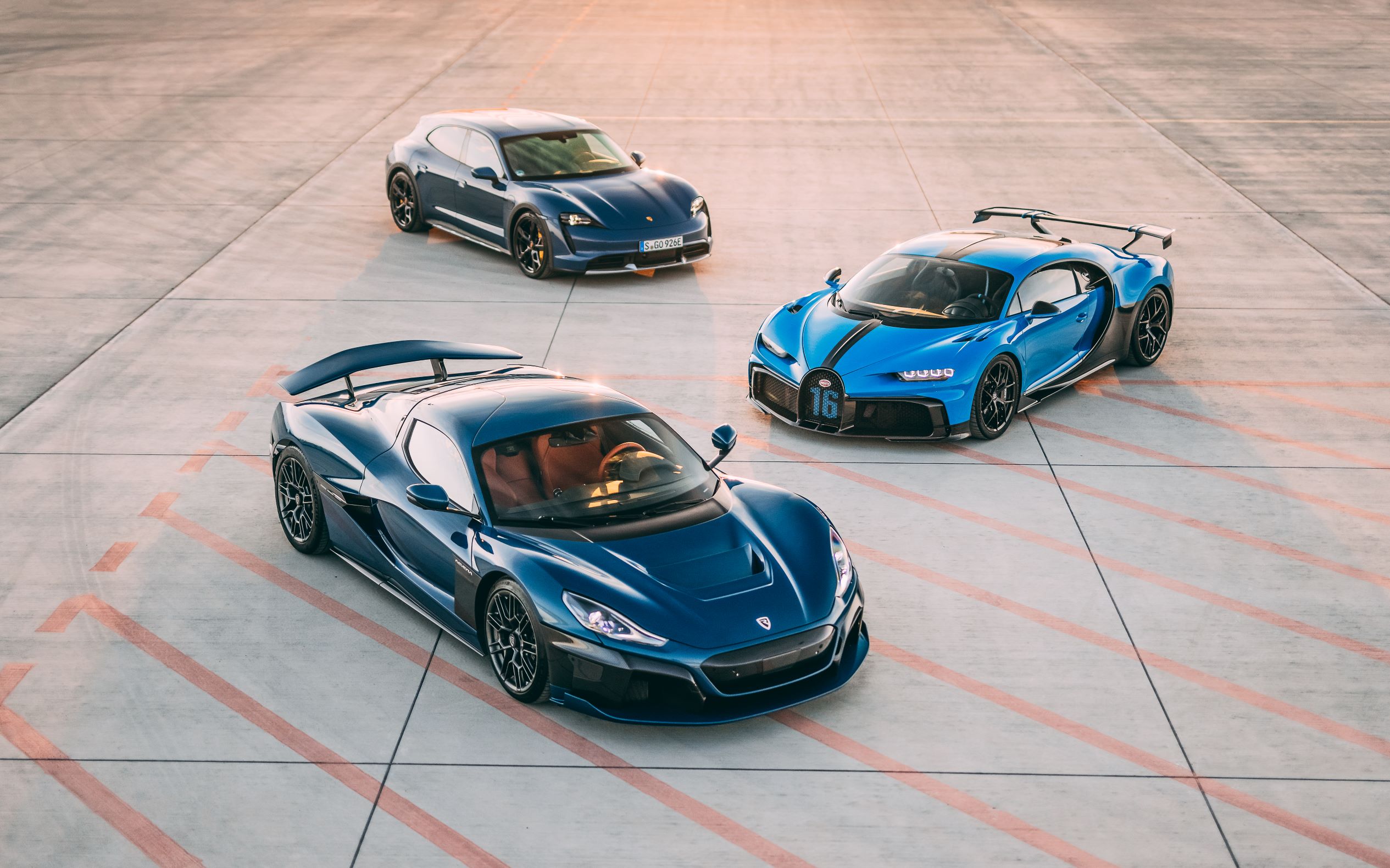 Bugatti will rely on Rimac’s electric knowledge for future hypercars

Porsche has been increasing its stake in Rimac for the past three years, with a clear focus on leveraging its EV know-how. The new Rimac Nevera showcases the company’s current abilities, producing 1427kW of power from four electric motors and powered by a 120kWh battery pack. Porsche chairman, Oliver Blume, explained that Rimac’s EV powertrain will help bring Bugatti into a new era, as it will inevitably be forced to drop its current 8.0-litre quad-turbo W16 engine in the face of stricter emissions laws.

VIDEO: How the Rimac Nevera was created

“We are combining Bugatti’s strong expertise in the hypercar business with Rimac’s tremendous innovative strength in the highly promising field of electromobility,” Blume said. “Bugatti is contributing a tradition-rich brand, iconic products, a loyal customer base and a global dealer network to the joint venture. In addition to technology, Rimac is contributing new development and organisational approaches.”

The ownership structure of this new company is complex, with Bugatti-Rimac split between Rimac Group (55 per cent) and Porsche (45%) but Porsche will also retain its 24% in Rimac Group, with Mate Rimac having a 37% ownership piece; with Hyundai having a 12% share and the remaining 27% of Rimac Group taken by other small investors. Crucially, a new company, Rimac Technology, will be spun-off from Rimac Group to allow the Croatian company to continue supplying other car makers. It already has deals with Hyundai, Aston Martin and Koenigsegg.

The plan calls for Bugatti-Rimac to eventually be based out of the new Rimac Campus that is under development in Croatia. The new facility will cost €200m ($315m) to build and will house the research and development, design, engineering and production of future Rimac models.

The Bugatti Chiron will continue to be built at the brand’s existing factory in Molsheim, France. It’s unclear when its successor will appear, but it’s now certain that it will feature a Rimac powertrain to bring the French brand into the future. What’s also likely is that Bugatti will expand its range from just a single model, with Rimac likely to help develop a wider line-up of electrified models for the company in the coming years.