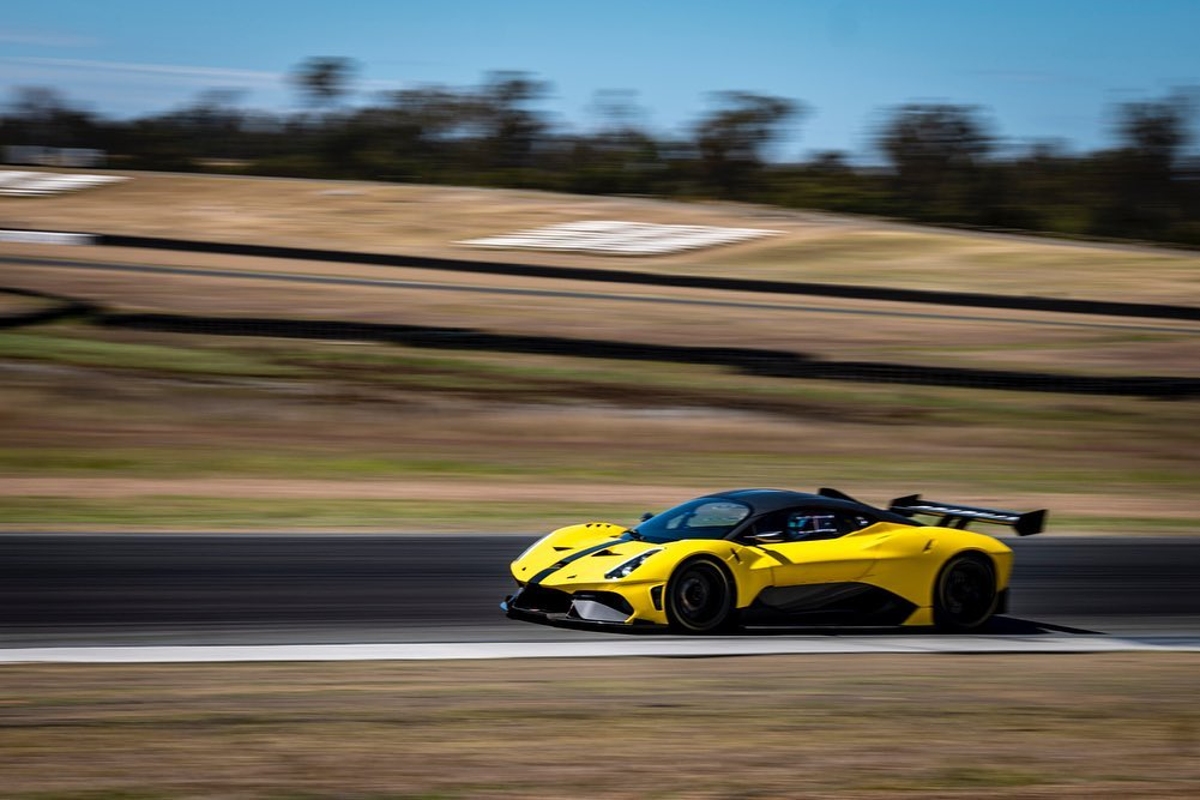 Australian supercar company Brabham Automotive has hit the track with its latest model – the BT63 GT2 Concept. Luke Youlden gave the bright yellow machine its maiden test at Queensland Raceway this week, before it’s shipped to Paul Ricard for the finale round of the 2021 GT2 European Series.

As previously reported, the BT63 GT2 Concept is the next model in the brand’s plans to introduce more race cars and road-going supercars. It has evolved from the track-only BT62 and its road-legal spin-off, the BT62R. It uses the same spaceframe chassis and similar aerodynamics as the BT62R, as well as a Ford-based V8 engine. There are some major differences between the BT62 and BT63, with this newer model less powerful (447kW v 522kW) and heavier (1250kg v 972kg), which also allows Brabham to build it significantly cheaper ($650,000 v $1.8m).

READ MORE: Why the Brabham BT62 is so fast

The plan calls for the BT63 GT2 Concept to be homologated into the GT2 class run by Stephane Ratel’s SRO Motorsport Group; the same company responsible for GT3 and GT4 racing in much of the world. The GT2 category is new for 2021, using specific cars that have more power than a GT3 but less downforce in a bid to make them more appealing to amateur drivers. Currently the series has four models that compete, the Audi R8 LMS GT2, Porsche 911 GT2 RS Clubsport, Lamborghini Huracan Super Trofeo GT2 and KTM X-Bow GT2 so it offers a new market for Brabham away from the factory-supported GT3 ranks.

Brabham Automotive, which is backed by Fusion Capital, has made it clear from its earliest days that it plans to enter the fray against the likes of Ferrari, Lamborghini and Porsche with an on-going range of road cars, as well as racing counterparts. However, it’s unclear at this stage if there will be a road-legal version of the BT63, or if it will be an all-new model.