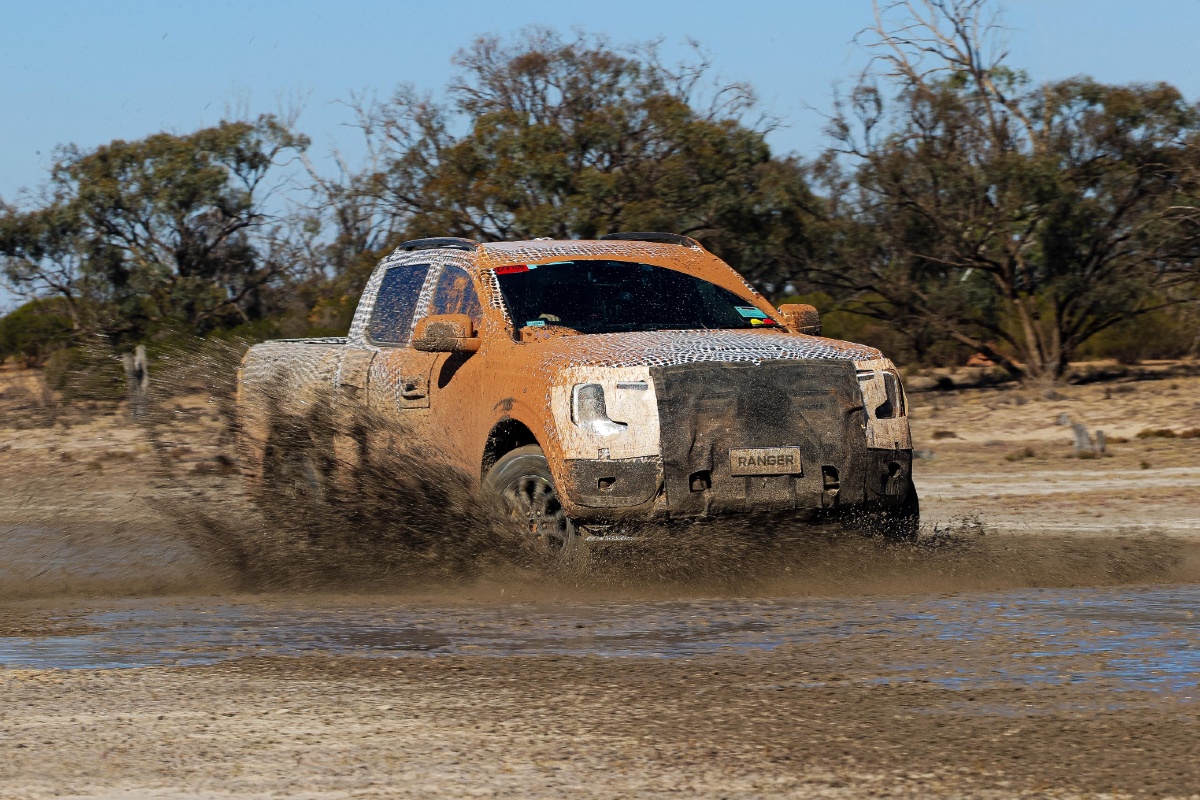 The slow tease of the new Ford Ranger is continuing, with the blue oval revealing these images of the car testing in Australia and around the world.

In its next installment of its gradual introduction of the new ute Ford has discussed the lengths it has gone to testing the Ranger in extreme conditions. The new Ranger has been subjected to 10,000km in the desert in Australia and the USA as well as 625,000km of other off-road testing and cold weather testing in the US and New Zealand.

“Earning a Built Ford Tough status is not something we take lightly,” said Ford Ranger chief program engineer, John Willems. “Every part of the next-generation Ranger was tested to the same standards that we demand of every Ford vehicle.” 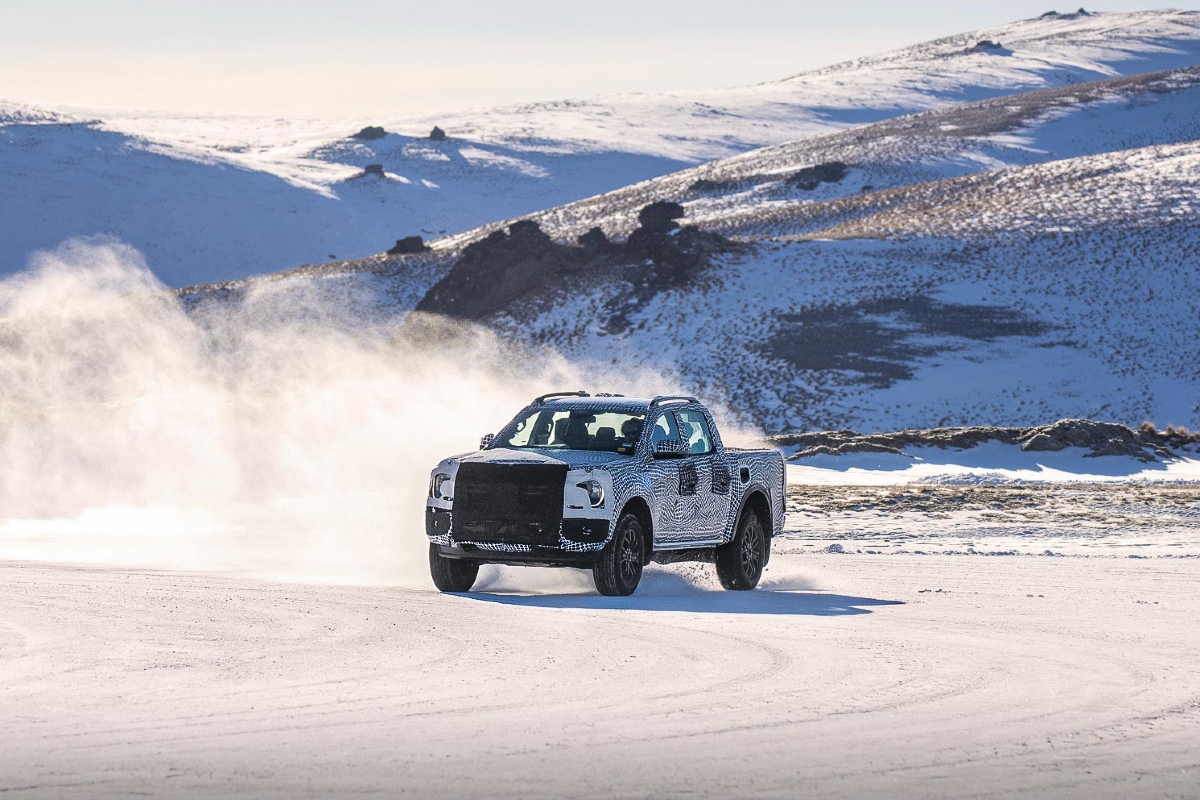 The development of the new Ranger has been led by the Ford Australia team, who engineered the out-going model. The Ranger program is an incredibly important element of Ford Australia’s operations, justifying the US auto giant’s decision to retain its engineering facility at Broadmeadows in Melbourne and its proving grounds near Geelong.

The Ranger is also a very important model for Ford Australia, typically accounting for a third of its total sales. That means ensuring it will meet the demands of local customers is critical for the local development team, as Willems explained.

“It’s important that our customers are able to rely on Ranger to deliver years of dependable service,” Willems said. “So we’ve gone to great lengths to subject next-gen Ranger to extreme tests – stressing it much more than a typical consumer would – to help ensure it is ready to face everything life throws at it. 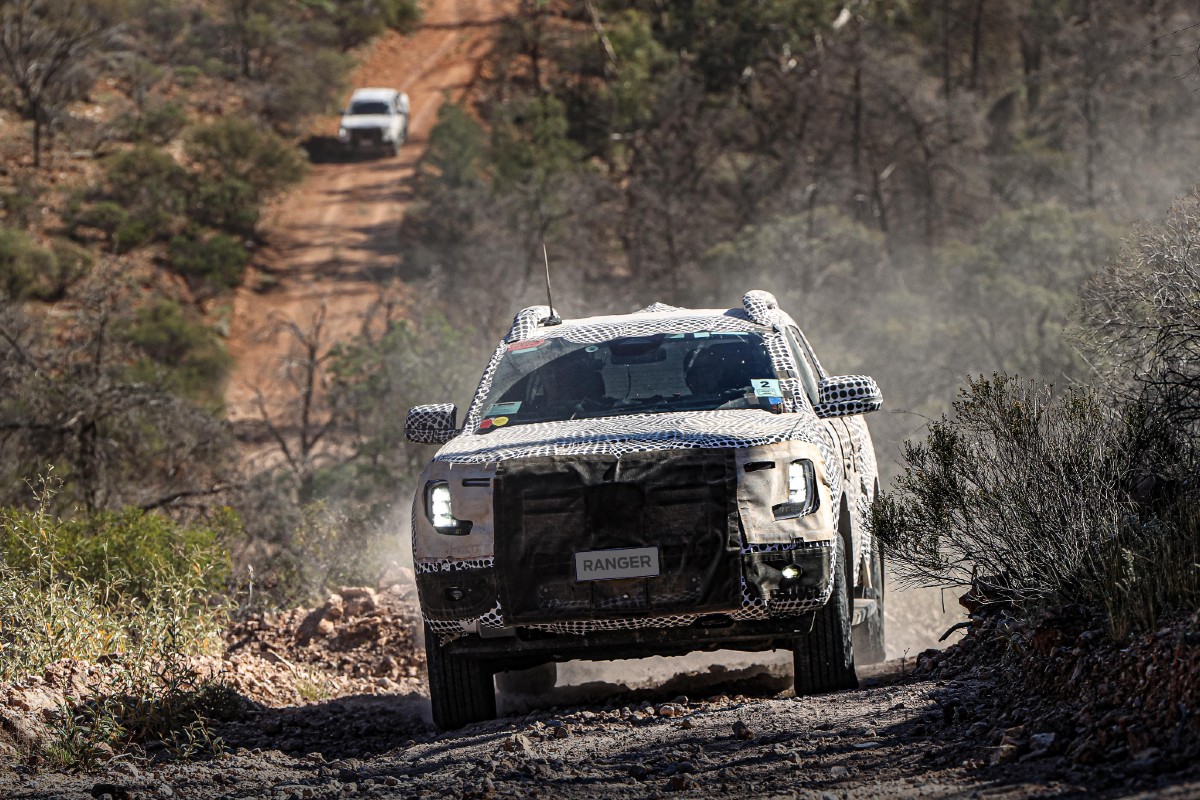 “Whether it’s tackling muddy bush tracks, coping with the rigours of extreme tropical weather, towing over alpine passes, or enduring temperatures of more than 50° Celsius, Ranger has to do it all.”

As we’ve previously reported, the Ranger is expected to sit on an updated version of its ‘T6’ platform, which will actually be an evolution of the underpinnings used on the Bronco.

Under the bonnet expect a 2.0-litre four-cylinder diesel with a new single turbo version – making approximately 130kW of power and 420Nm of torque – and a twin-turbo version making 157kW and 500Nm. Two new V6 engines are also anticipated, with the choice of petrol or diesel. The petrol V6 will be 2.7-litres in capacity and have a pair of turbos to make 230kW and 540Nm, while the 3.0-litre single-turbo diesel V6 will make 185kW and a healthy 600Nm. A plug-in hybrid Ranger is also expected, as part of Ford Australia’s long-awaited move into electrified vehicles that begins with the E-Transit in 2022.