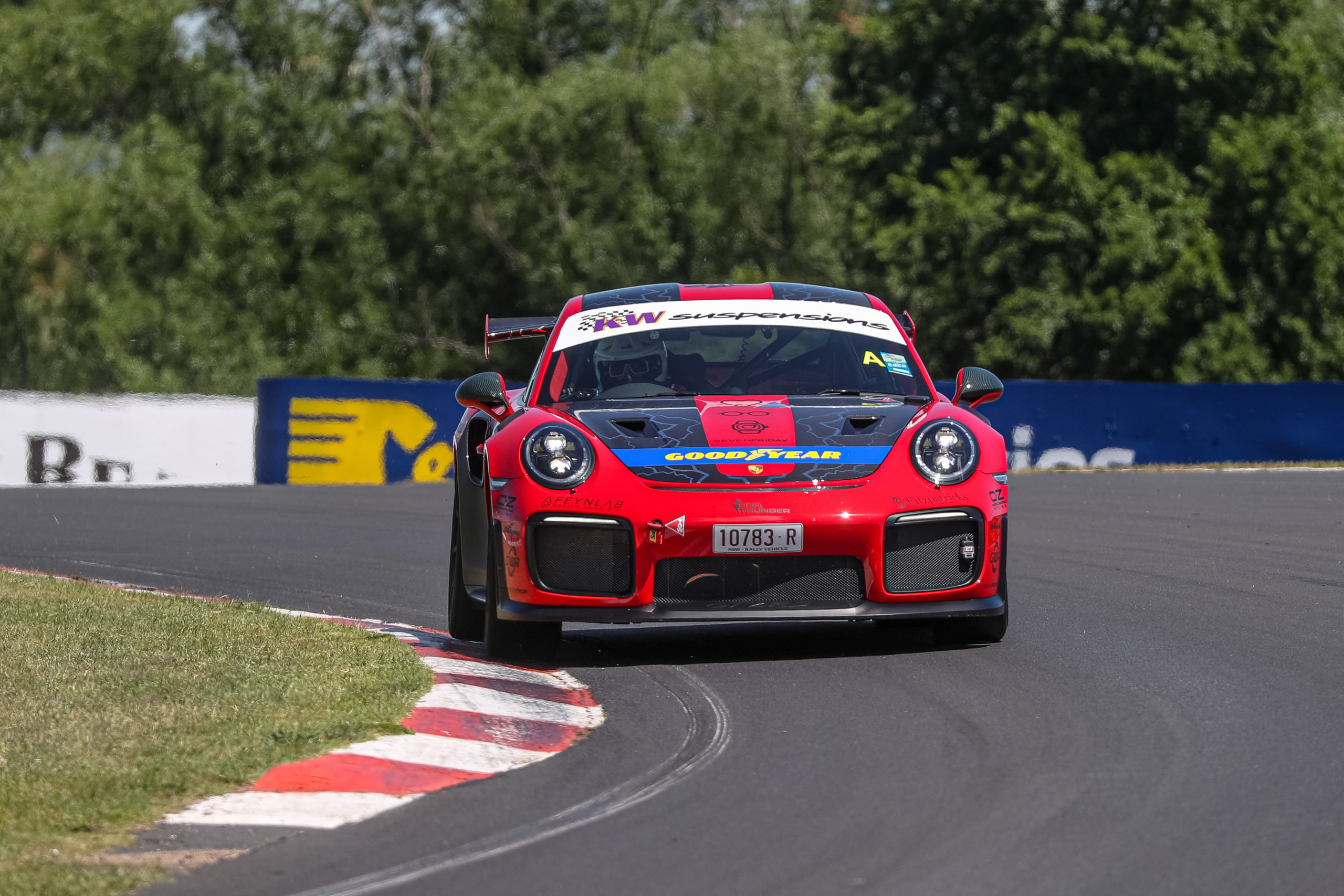 Bernd Schnieder is a legend of European touring car racing. Jeff Morton is an amateur but regular competitor at Australian track days.

Driving at the annual Challenge Bathurst event at the circuit this week, Morton managed to lap the 6.21km circuit in 2:14.2 seconds in his personal Porsche 911 GT2 RS. His lap beat the previous record that Schnieder set in a Mercedes-AMG GT R of 2:16.5 seconds back in 2017.

While not technically a professional driver, Morton is no stranger to the track. He’s a regular competitor in his 911 GT2 RS, which he has nicknamed Red Thunder RS, and has sponsorship from Goodyear.

Which is one of the minor modifications he’s made to his Porsche, swapping the standard Michelin Pilot Sport Cup 2 tyres for Goodyear’s road-legal Eagle F1 SuperSport RS rubber. He’s also using OZ Racing wheels and has fitted a full rollcage for safety.

There’s not much else to upgrade on the 911 GT2 RS as it’s the ultimate iteration of the German brand’s iconic sports car. It’s powered by a 3.8-litre twin-turbo flat-six making 515kW and 750Nm, all sent to the rear wheels via a seven-speed dual-clutch automatic transmission.

Unfortunately for Morton his lap time won’t be recognised as an official record because Motorsport Australia requires it to be set during a race weekend, not a time trial event like Challenge Bathurst.

But Morton does have bragging rights if he ever meets Schnieder.