Are we entering a golden age of utes?

Are we entering a golden age of utes? Unless you’ve been living under a rock, you will have noticed utes have replaced Holden Commodores and Ford Falcons as Australia’s favourite new vehicles. And that love affair looks set to increase with more beefed up and stylish utes on the horizon.

The likes of the Ford Ranger Raptor, Nissan Navara N-Trek Warrior and Ram 1500 have demonstrated that Australia’s are willing to spend big bucks on dual-cab utes as long as they offer something special.

Look at the upcoming slate of hi-po utes for Australia in the next few years – Jeep Gladiator, the all-new Ranger Raptor, new Volkswagen Amarok, Rivian R1T and Tesla Cybertruck as well as the all-but-confirmed Toyota HiLux GR.

The new Ranger/Amarok are being developed together thanks to the commercial vehicle partnership between Ford and Volkswagen. That’s good news for those hoping the next Raptor has more grunt than its current 2.0-litre twin-turbo four-cylinder diesel can manage.

Volkswagen has one of the most powerful utes on the market with its 180kW/550Nm 3.0-litre V6 diesel. Combining Ford’s ute heritage and expertise with Volkswagen’s muscle would be an ideal match; although it’s likely the next Raptor could get a turbocharged V6 petrol engine. The other exciting new possibility is Toyota giving the HiLux the Gazoo Racing treatment. While the whispers around this new machine are getting louder, official Toyota Australia is saying nothing.

However, expect it to be powered by the new V6 diesel in the latest LandCruiser 300 Series when it arrives sometime in the next three years.

That’s all in the future, but for now there’s the new Ram 1500 Warlock, the first part of a “product offensive” by the American pick-up truck brand in Australia.

Powered by the brand’s 5.7-litre Hemi V8 making 291kW of power and 556Nm of torque to ensure it has some genuine muscle to live up to its tougher new look. That’s because the Warlock features styling cues from the US-only Rebel model, including a new front grille, black powder-coated front and rear bumpers and fender flares as well as 20-inch black alloy wheels. 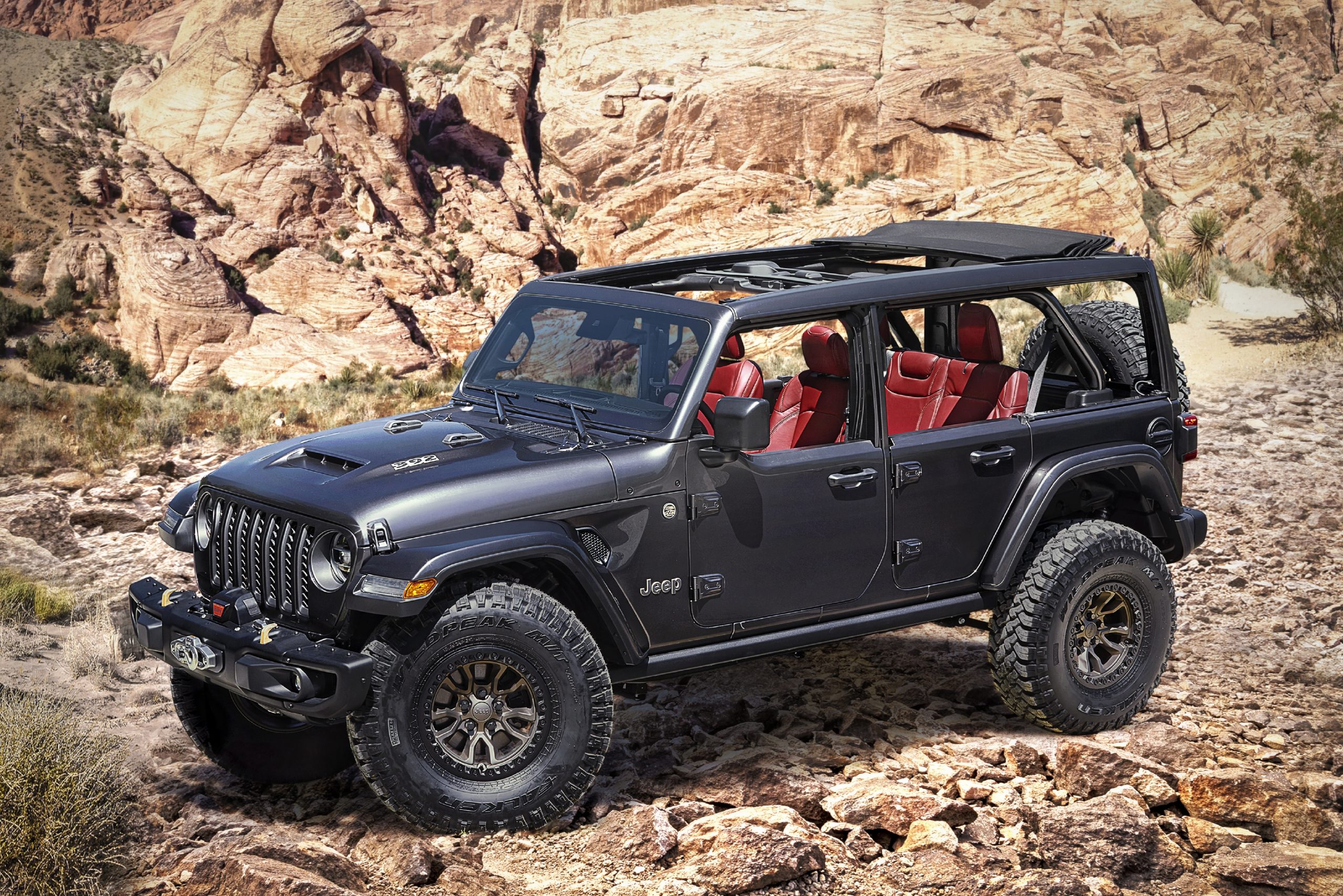 The 1500 Warlock also gets a factory-fitted suspension lift kit and Ram’s unique RamBox cargo storage to help it justify its $104,450 (plus on-roads) asking price.

Then there’s Ram stablemate, Jeep, which last week unveiled the Wrangler Rubicon 392 Concept on the same day Ford took the wraps of the revived Bronco. Now assuming Jeep didn’t build a V8-powered concept car just to spoil the blue oval’s party (we’ll give them the benefit of the doubt), it opens up the possibility of a Gladiator V8 sometime in the future too.

While the Gladiator is already set to shake up the segment with its focus on off-road capability and open-air flexibility (courtesy of its removable roof and doors), the addition of a V8 petrol engine would no doubt only increase its appeal amongst Australia’s growing legion of ute lovers.