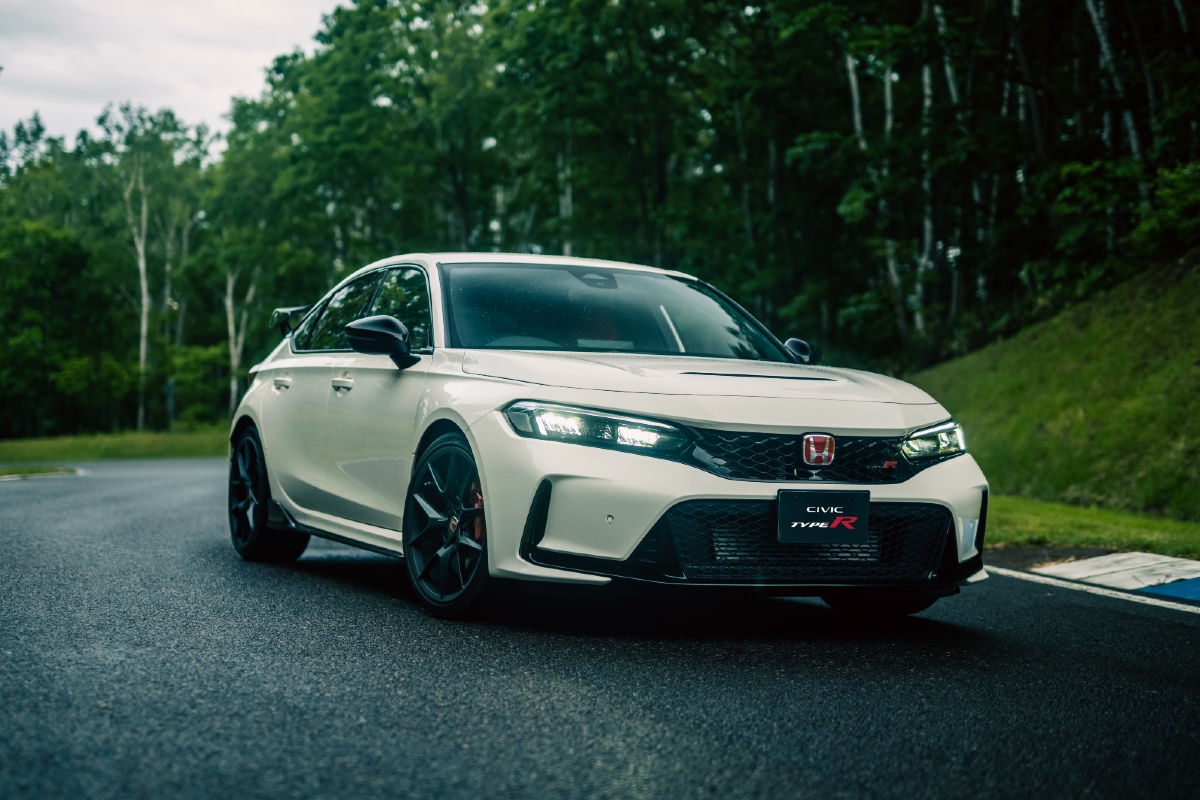 Honda has a new hero.

The 2023 Honda Civic Type R has finally been revealed after months of teasing, showing off a more sophisticated look than its predecessor. However, only limited technical details of the new hot hatch have been released, with its performance figures being kept under wraps until closer to its arrival in showrooms.

The car was unveiled online globally, but Indycar ace Colton Herta was drafted in to help at a live reveal of the new model in Los Angeles.

The company has confirmed it’s powered by a 2.0-litre four-cylinder turbocharged petrol engine that has been created exclusively for this car. It’s paired to a six-speed manual transmission and continues to be front-wheel drive. What Honda has shown off is a cleaner, sleeker look than the out-going model, which was praised for its driving dynamics but featured polarising looks. According to Honda, the designers “strived to create styling for both overwhelming speed and beauty.”

It features pumped out guards, a unique front end and a large rear wing. Inside the cabin features red seats and carpets to continue a Type R tradition.

The new Type R will go on sale in Japan in September, so expect all the technical details to be revealed by then. Australians will have to wait until “early 2023” for the new model to arrive locally.