It’s the original luxury off-roader and now it has been redesigned to fight off the increasing armada of challengers. The 2022 Range Rover has been unveiled, sporting a sleek new look and a range of mild hybrids and plug-in hybrid powertrains that pave the way for the first all-electric model which will take it through the next decade.

It sits on new underpinnings, known within Land Rover as the ‘MLA-Flex’ platform, that has allowed for improved dynamics and the ability to offer seven seats for the first time.

Thierry Bolloré, Jaguar Land Rover CEO, explained the brief to the designers and engineers was to create an SUV that would carry on the tradition started by the first Range Rover, which launched back in 1969. “The New Range Rover is a superb manifestation of our vision to create the world’s most desirable luxury vehicles, for the most discerning of customers,” Bolloré said. “It writes the next chapter in the unique story of pioneering innovation that has been a Range Rover hallmark for more than 50 years.”

While the designers worked hard to modernise the look whilst still retaining the hallmark characteristics that have featured on all four previous generations, the engineers set out creating a more modern Range Rover that would both meet the needs of buyers and pass the ever-tightening emissions laws.

To that end Land Rover has developed a new range of inline six-cylinder turbocharged petrol and diesel engines with mild-hybrid technology. The 3.0-litre petrol (P400) makes 294kW of power and 550Nm of torque, while the 3.0-litre diesel (D300) is good for 221kW and 650Nm. They also designed a new plug-in hybrid powertrain, but that’s not coming to Australia until the second half of 2022, along with the flagship SV variants. Known as the P510e, it will combine the 3.0-litre six-cylinder petrol engine with a 105kW electric motor and 38.2kWh lithium-ion battery. Land Rover claims this will allow it to drive for up to 100km on electric power alone and hit speeds up to 140km/h before the petrol engine kicks in.

Land Rover has already committed to a fully-electric Range Rover by 2024, but details of that model won’t be revealed until closer to launch. 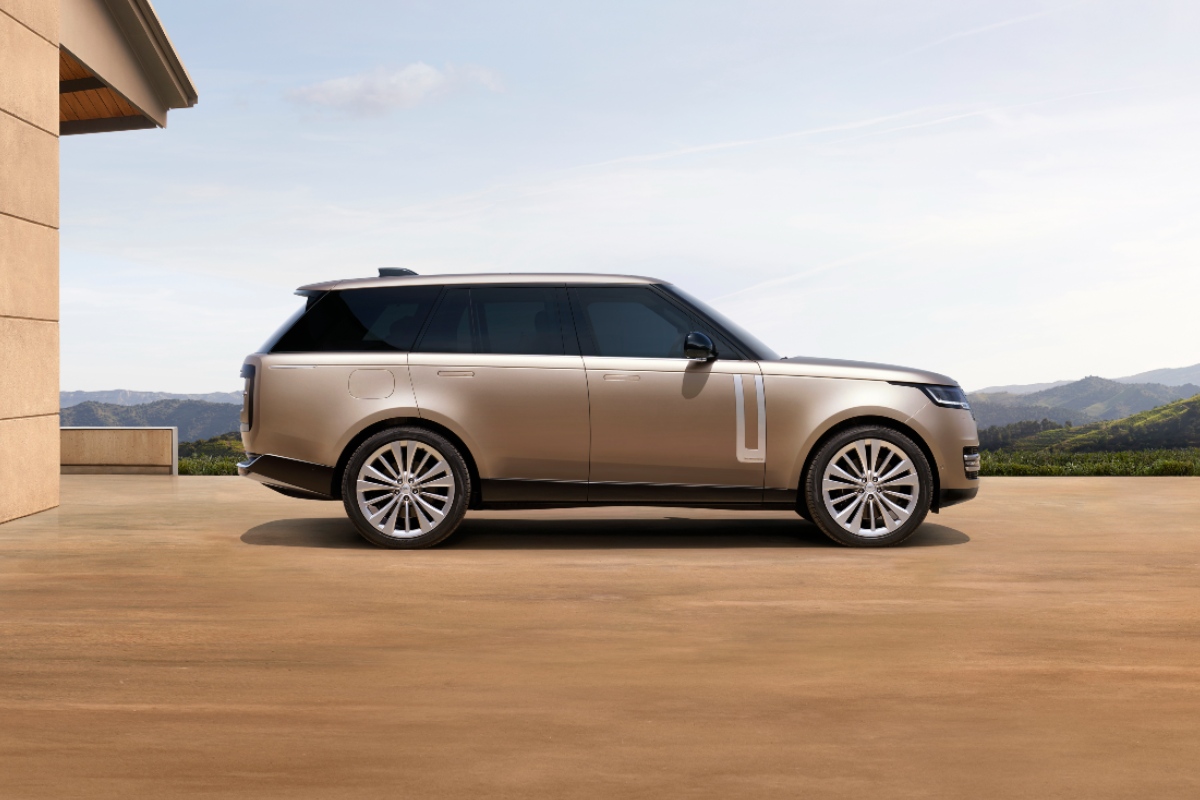 In Australia Land Rover will begin by offering a six-tier line-up with both petrol and diesel engine options for each one, making for 12 variants in total.

The line-up will begin with the Range Rover SE, with the choice of D300 (3.0-litre diesel) or P400 (3.0-litre petrol) engines, from $220,200. It will then step up through the HSE, Autobiography, First Edition, Autobiography LWB and Autobiography 7-seat LWB. The range-topping seven-seater will be powered by the new V8 and priced from $304,700.

The V8-powered First Edition, which will come loaded with equipment for eager buyers, will be the most expensive model in the range at $312,500.