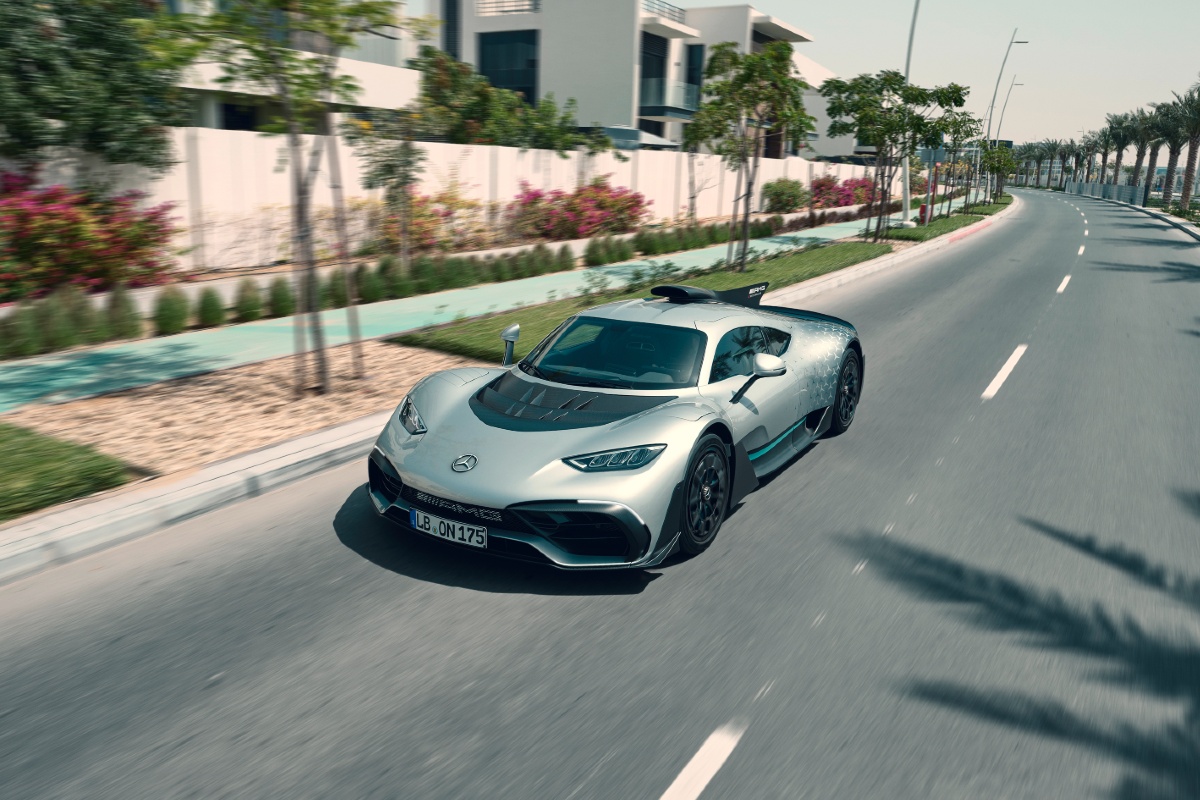 Mercedes’ performance division AMG has two reasons to celebrate today. Firstly, it’s the 55th anniversary of the foundation stone for the company’s headquarters being laid and secondly, its Formula 1-inspired hypercar has finally made it to production.

Mercedes-Benz CEO Ola Källenius admitted last week that the five-year gestation of this F1-based machine has been so difficult he joked the board of management must have been drunk to sign off on it, but the long road has come to an end.

And the team at AMG deserve a drink for managing to create a road-legal car powered by a 1.6-litre turbocharged V6 and hybrid system taken from the F1 project. This road racer boasts a whopping 782kW (that’s 1063hp) from its combination of the V6 engine and four electric motors.

The AMG team at Affalterbach worked with the F1 powertrain engineers in Brixworth, England in order to take the same fundamental elements from the back of Lewis Hamilton’s world championship-winning F1 machine and make it work on the road. 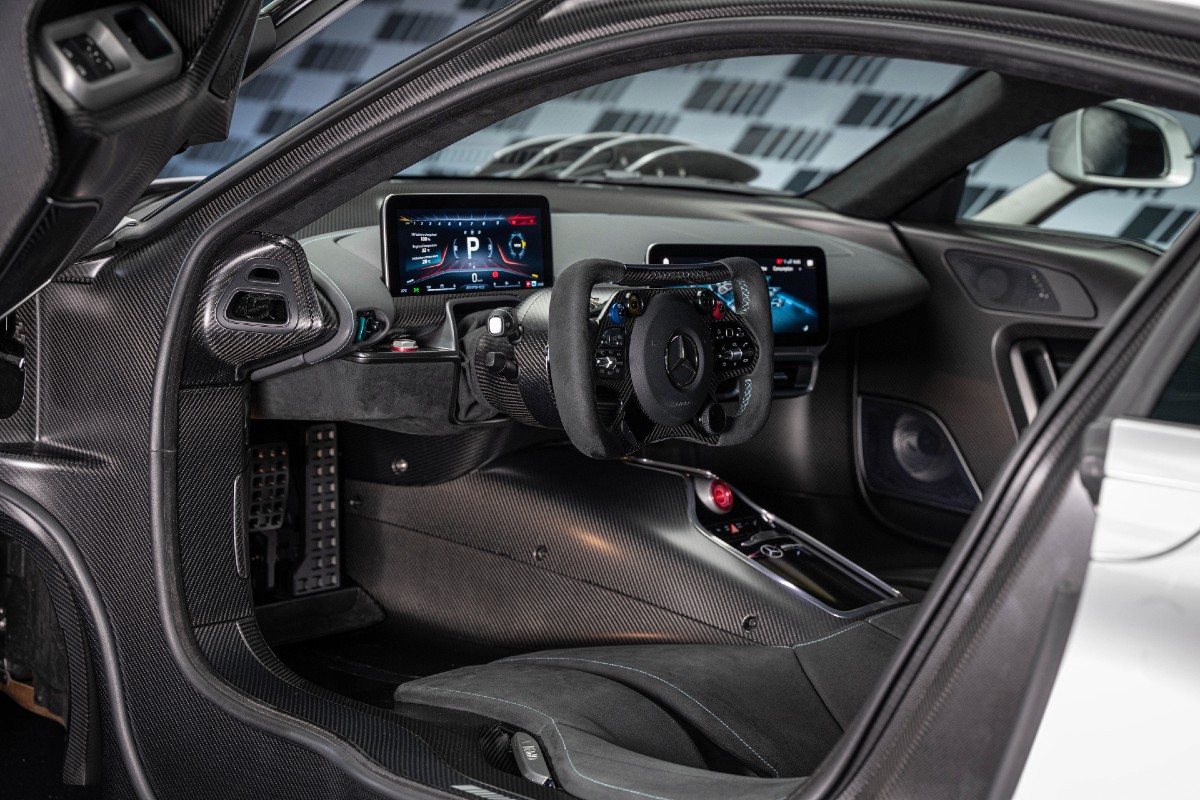 Philipp Schiemer, chairman of the board of management of Mercedes-AMG, is understandably proud of this technological achievement – despite its difficult development process.

“With the Mercedes-AMG ONE, we have more than pushed the envelope,” Schiemer said. “The immense technical challenges of making a modern Formula 1 powertrain suitable for everyday road use have undoubtedly pushed us to our limits. Over the duration of the development period, many may have thought that the project would be impossible to implement. Nevertheless, the teams in Affalterbach and the UK never gave up and believed in themselves. I have the highest respect for all those involved and am proud of this team achievement. To put such a hypercar on wheels is certainly unique.”

Aside from the engine, the One has an advanced active aerodynamic system that includes three different aerodynamic settings – ‘Highway’, ‘Track’ and ‘Race DRS’.
Mercedes-AMG explains them like this:

‘Highway’ includes ‘Race Safe’, ‘Race’, ‘EV’ and ‘Individual’ drive programs. In these settings “the louvres are closed, the active flaps on the front diffuser are extended and the rear wing including flap is retracted.” 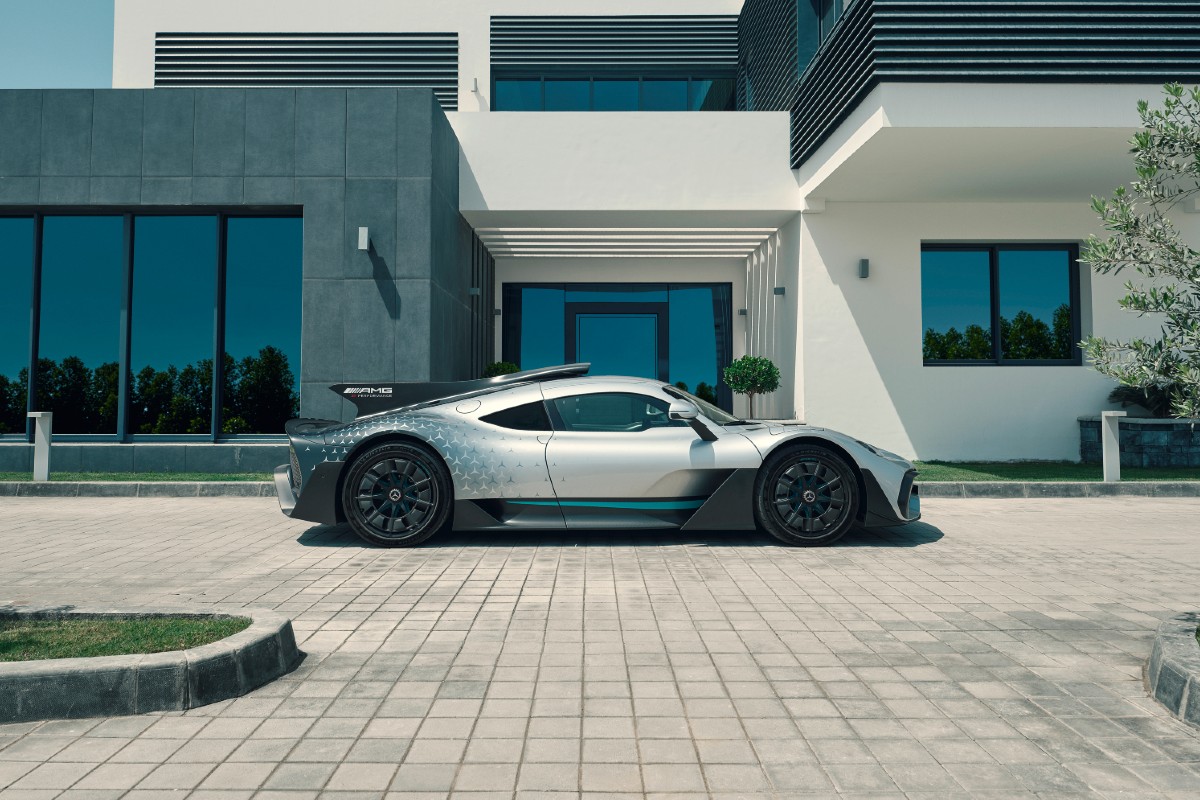 In ‘Track’ the drive programs are ‘Race Plus’ and ‘Strat 2’, both are only designed for racetrack use. In this setting AMG says: “the front diffuser flaps fold up to shape the front diffuser contour to maximum efficiency. The rear wing extends fully, as does the rear wing flap. The louvres are opened to increase the downforce on the front axle and to increase the negative pressure in the wheel arches. The vehicle is lowered by 37mm at the front axle and 30mm at the rear axle. The consequence of all these measures: the total downforce increases up to five times compared with the road drive programs, depending on the speed.”

Finally is ‘Race DRS’, which stands for Drag Reduction System and acts very similar to F1. Pressing a button on the steering wheel the rear wing flap retracts completely and the louvres close. AMG claims this reduces downforce by around 20 per cent for faster speed down a straight, and just like F1 it deactivates automatically when you hit the brakes.

Unfortunately, all 275 examples of the AMG One have already been spoken for and include former Mercedes-AMG F1 star Nico Rosberg, former McLaren ace David Coulthard and American actor Mark Whalberg.