The hot hatch has evolved.

Meet the all-new Hyundai Kona N, the South Korean’s first high-performance SUV that takes the idea of a hot hatch and puts it into a more popular crossover body.

While based on the compact SUV, under the surface is the same powertrain as the company’s i30 N hot hatch. That means a 2.0-litre four-cylinder turbocharged petrol engine paired to an eight-speed dual-clutch transmission. It packs the same punch as the upcoming updated i30 N, 206kW of power and 392Nm of torque.

Despite being an SUV, Hyundai has stuck with front-wheel drive only for the Kona N, but it is fitted with the i30 N’s trick electronic limited slip differential (eLSD). It also gets the same variety of modes for the new ‘N-DCT’ which includes ‘N Grin Shift’, ‘N Power Shift’ and ‘N Track Sense Shift’ that offer different responses based on the driving conditions. 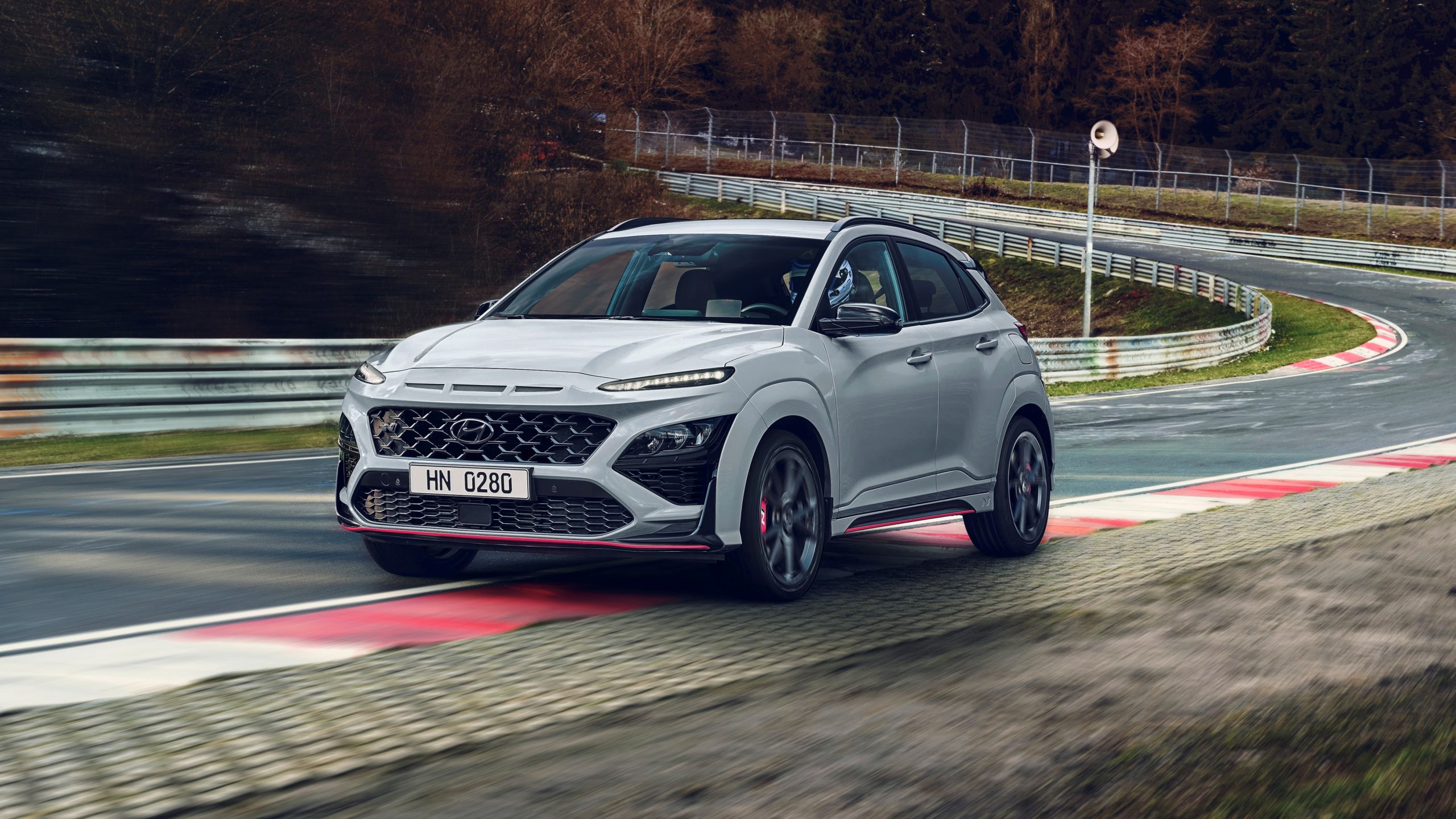 Another major upgrade for the Kona N over the standard model are extra welding points and improved strut ring structure to make for a more rigid body.

Also included is the same complex Drive Mode system that allows you to choose between Normal, Sport, N and Eco or mix and match your own with Custom mode.

READ MORE: How Hyundai has earned a performance car following

“Kona N is a true hot SUV with the performance level of a hot hatch,” claimed Hyundai Group R&D chief (and N architect), Albert Biermann. “Kona N can carve corners on the racetrack and bring excitement to everyday driving.”

However, Hyundai wanted to retain the Kona’s higher ride height for more versatility and practicality, so it doesn’t get lower suspension but they have tuned it for performance. The company has turned laps at the Nurburgring to ensure the Kona N is track-capable. The Kona N gets a unique look to stand out from the existing Kona N Line, with body-coloured bumpers, a front lip spoiler, double-wing roof spoiler and side skirt. It rides on 19-inch forged alloy wheels.

The Kona N is due to hit Australian Hyundai showrooms later this year with pricing to be confirmed closer to its arrival. In the meantime the facelifted and updated i30 N is due before the middle of the year.

Hyundai is rapidly expanding its N and N Line range, with 18 models planned to launch by the end of 2022.

This could only be the beginning of Hyundai N SUV models. Hyundai executives have indicated that if the Kona N is a sales success – which seems probable given the demand for SUVs shows no sign of waning – it’s likely to offer a Tucson N in the future.